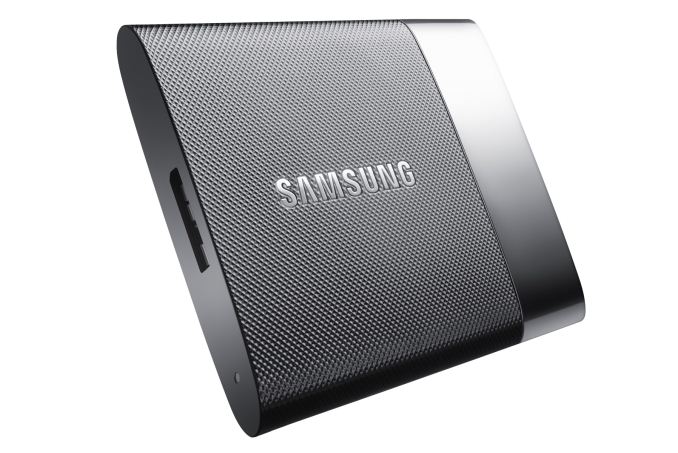 The last few years have seen rapid advancements in flash technology and the rise of USB 3.0 as an ubiquitous high-speed interface on computers. These have led to the appearance of small and affordable direct attached storage units with very high performance for day-to-day data transfer applications. We have already looked at some flash drives with SSD controllers and a USB 3.0 - SATA bridge over the last couple of months. These include the Corsair Flash Voyager GTX 256GB using the Phison S9 controller and the Mushkin Ventura Ultra using the SandForce SF2281 controller respectively.

At CES 2015, Samsung introduced the Portable SSD T1. With the introduction of the T1, Samsung becomes the first tier one manufacturer to enter the external SSD market (if you discount SanDisk's Extreme PRO USB 3.0 flash drives, which, despite being a SSD behind a USB 3.0 - SATA bridge, was never advertised as one). Hardware wise the T1 is based on the 850 EVO, meaning that the T1 uses 32-layer TLC V-NAND and the same full-fledged MEX/MGX SSD controller. CrystalDiskInfo gives us further insight into the unit. 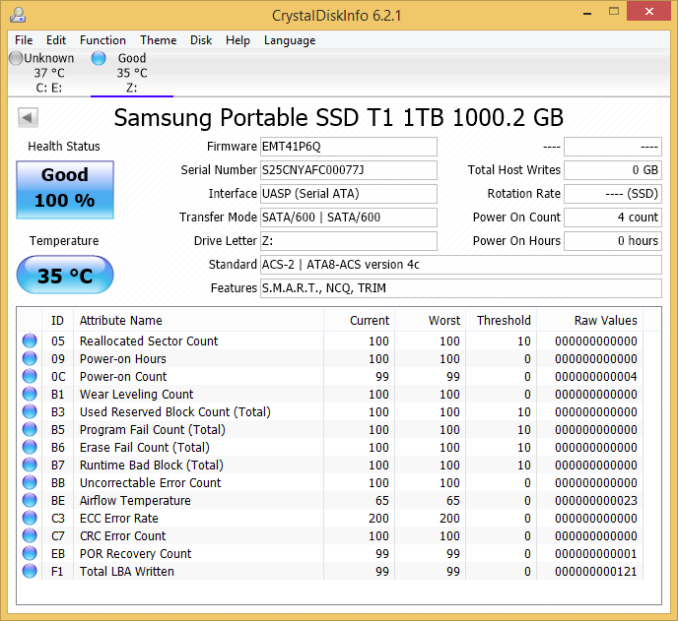 Even though CrystalDiskInfo reports TRIM as a feature, we were unable to get it to work through the bridge configuration. In any case, Samsung also doesn't make any claims about TRIM support. S.M.A.R.T data was not visible to most of the commonly used tools. On the USB 3.0 side, the drive supports UASP (USB-attached SCSI Protocol) that should provide increased performance for sequential transfers. Claimed transfer rates are 450 MBps for sequential accesses and 8K read IOPS / 21K write IOPS. We also have hardware-accelerated AES-256 encryption.

Our review unit was pre-formatted in exFAT. Upon connecting to our testbed, a 128 MB FAT32 partition popped up and provided directions for installing the software / service that allows for the drive to be monitored / utilized with encryption capabilities. After installation, the 128 MB partition disappeared, and the 1 TB volume was made visible. The Samsung SSD program / daemon continues to run in the background and allows for altering the security option (encryption) without reformatting the partition. The gallery below shows the UI of the software running on Windows 8.1 Pro.

Evaluation of DAS units on Windows is done with the testbed outlined in the table below. For devices with USB 3.0 connections (such as the Samsung Portable SSD T1 that we are considering today), we utilize the USB 3.0 port directly hanging off the PCH.

The full details of the reasoning behind choosing the above build components can be found here.

The list of DAS units used for comparison purposes is provided below.