Samsung claims read/write speeds of 450 MBps, and these are backed up by the ATTO benchmarks provided below. Unfortunately, these access traces are not very common in real-life scenarios. 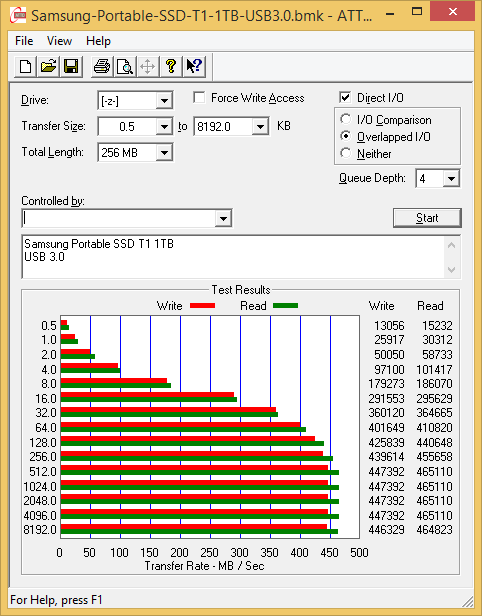 CrystalDiskMark, despite being a canned benchmark, provides a better estimate of the performance range with a selected set of numbers. As evident from the screenshot below, the performance can dip to as low as 26 MBps for 4K accesses at very low queue-depths. It can already be seen from the two benchmarks that enabling encryption doesn't alter the transfer rates at all. 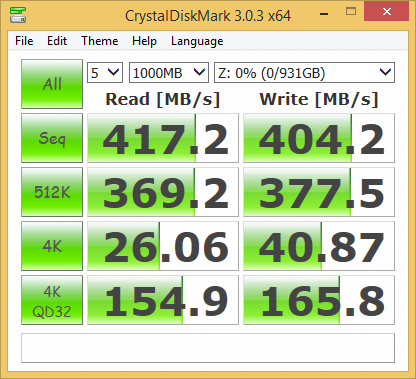 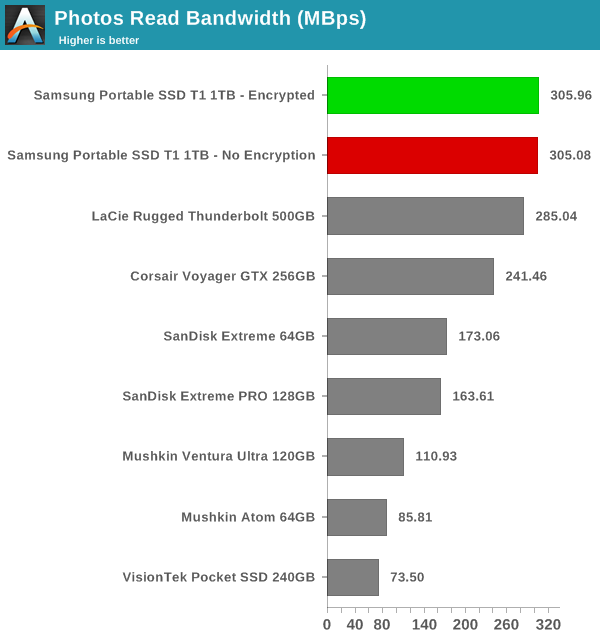 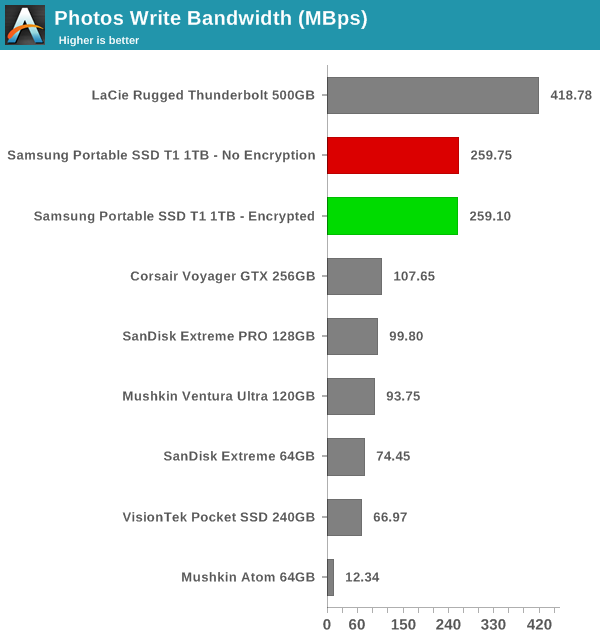 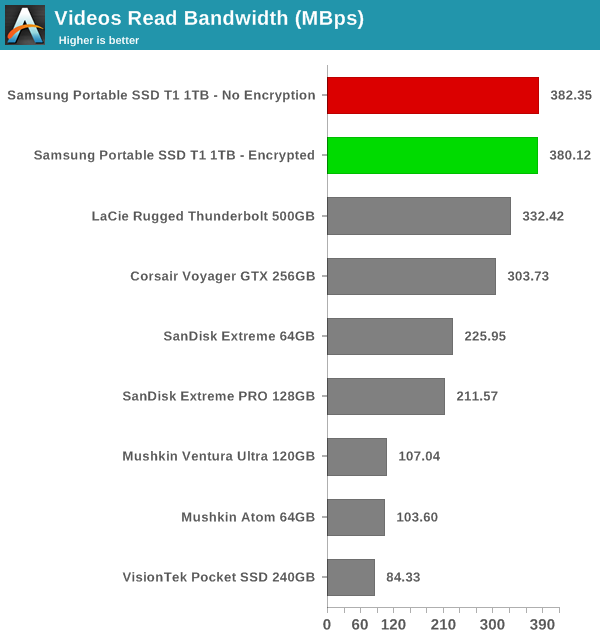 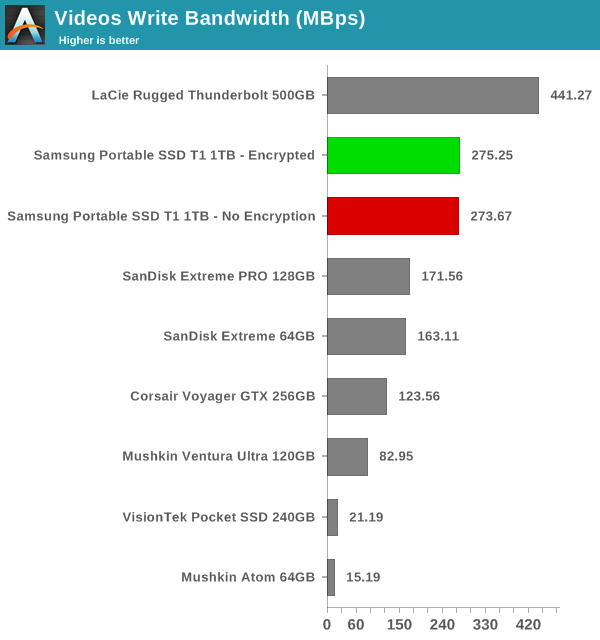 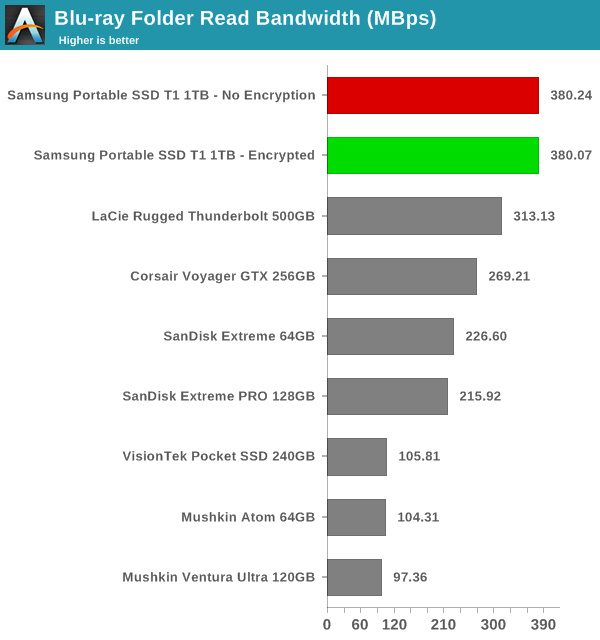 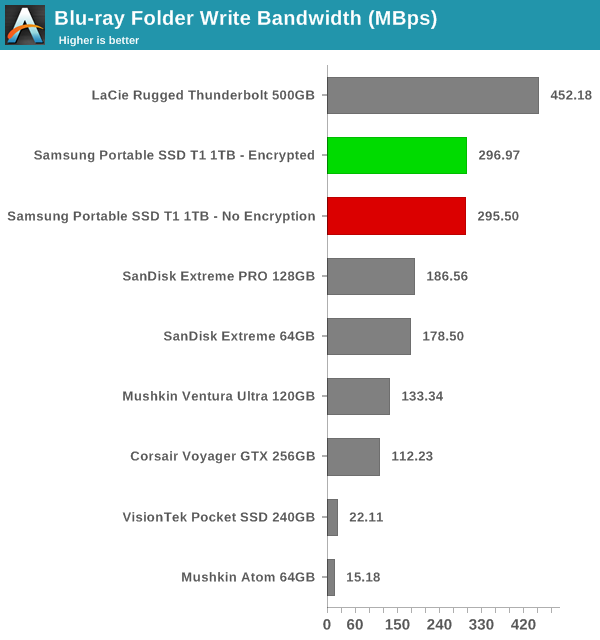 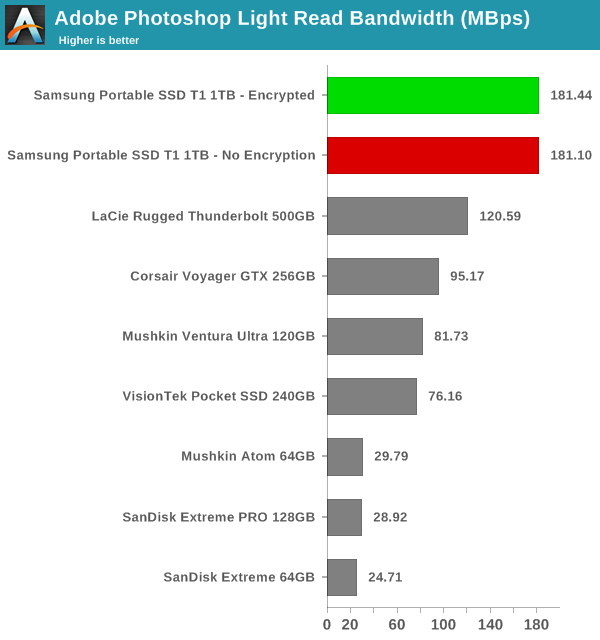 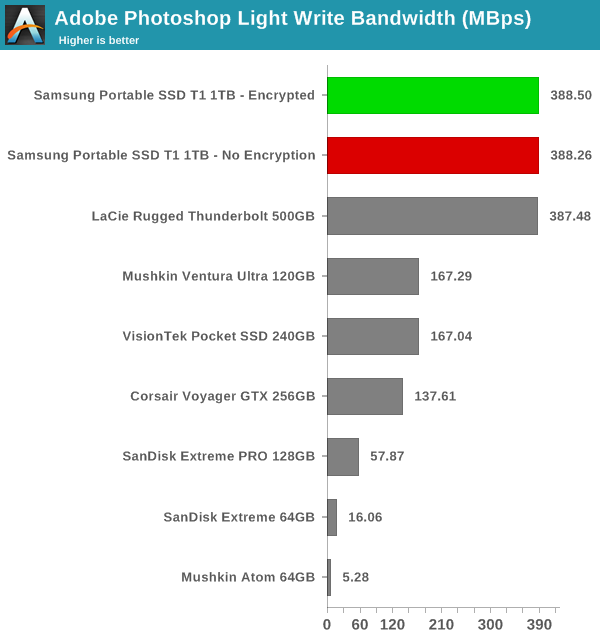 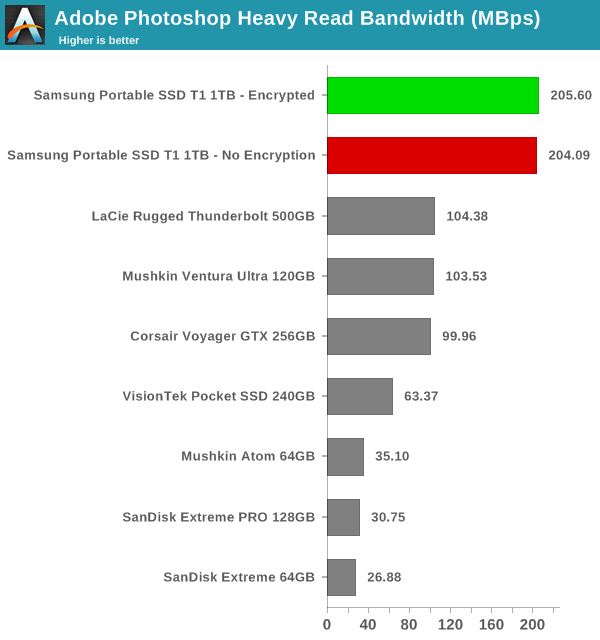 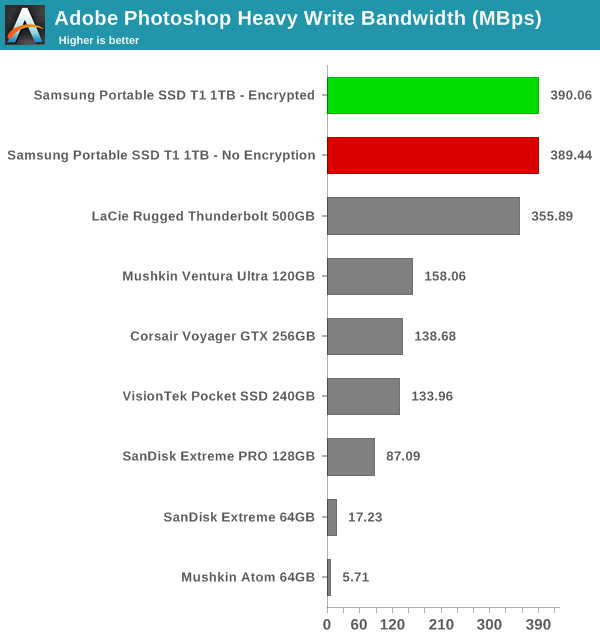 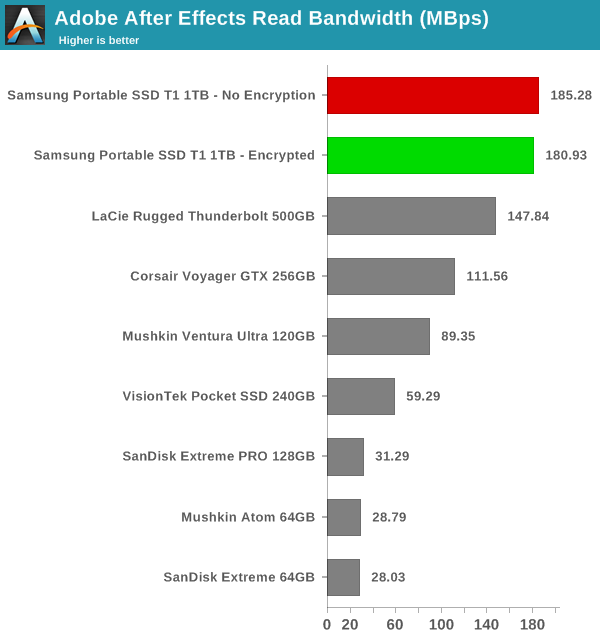 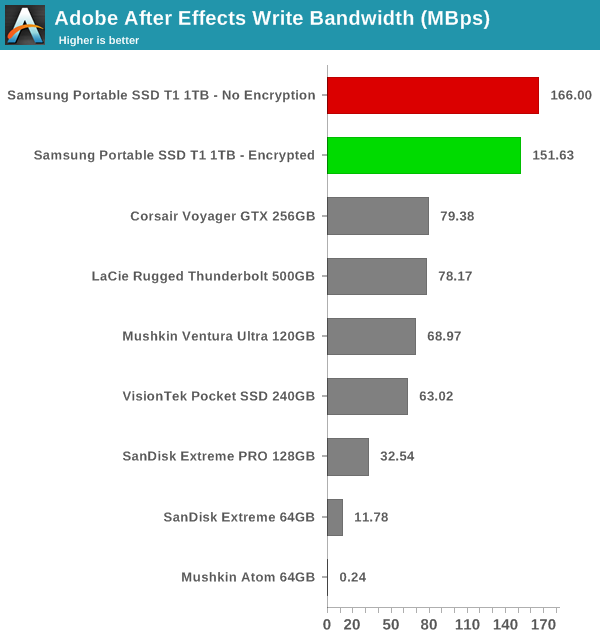 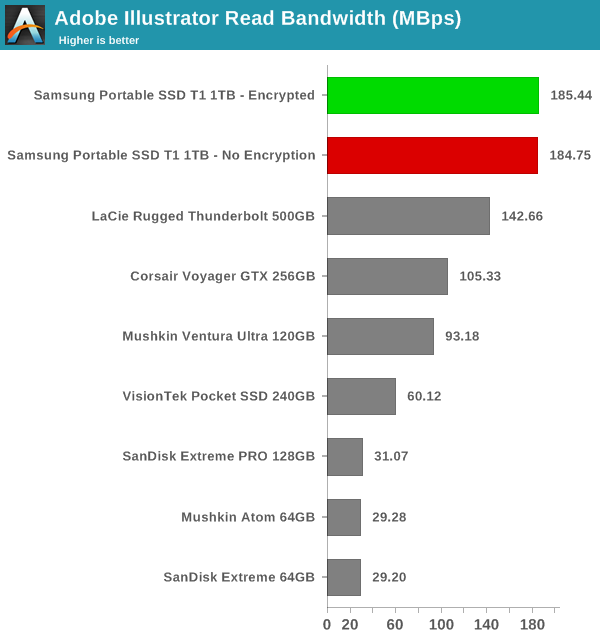 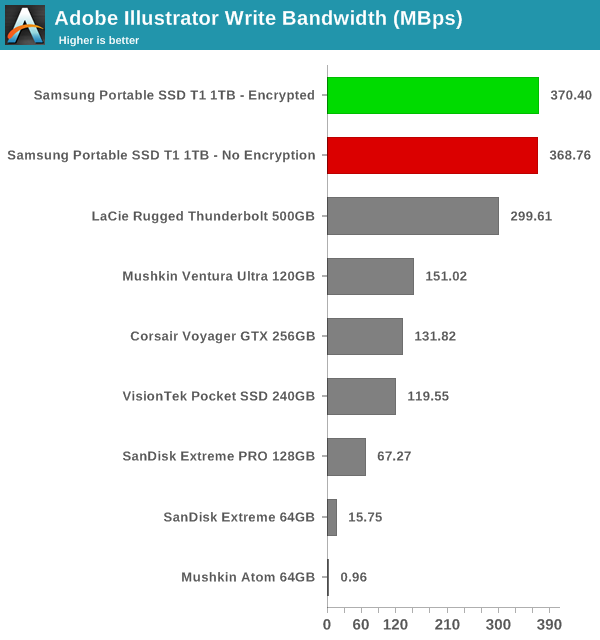 The 1TB Portable SSD T1 manages to win almost all the benchmarks, losing out on a couple of traces to the LaCie Rugged Thunderbolt 500GB version (which, incidentally, carries a Samsung PM851 behind a USB 3.0 - SATA bridge).