If you invest in a top-notch 11th Gen Intel CPU, you’re going to want a quality motherboard to pair with it. This is because a powerful and efficient motherboard can help you get as much performance out of your CPU as possible, which is crucial if you’re planning on playing games at 4K resolution and/or want to push for extremely high FPS. One of the best types of motherboards you can get for 11th Gen Intel processors is something from ASUS’ Z590 lineup, which consists of ASUS’ most advanced motherboards ever made. Here’s a look at what makes them so excellent, as well as which one you should choose based on budget and needs.

So, what makes ASUS Z590 motherboards so great? 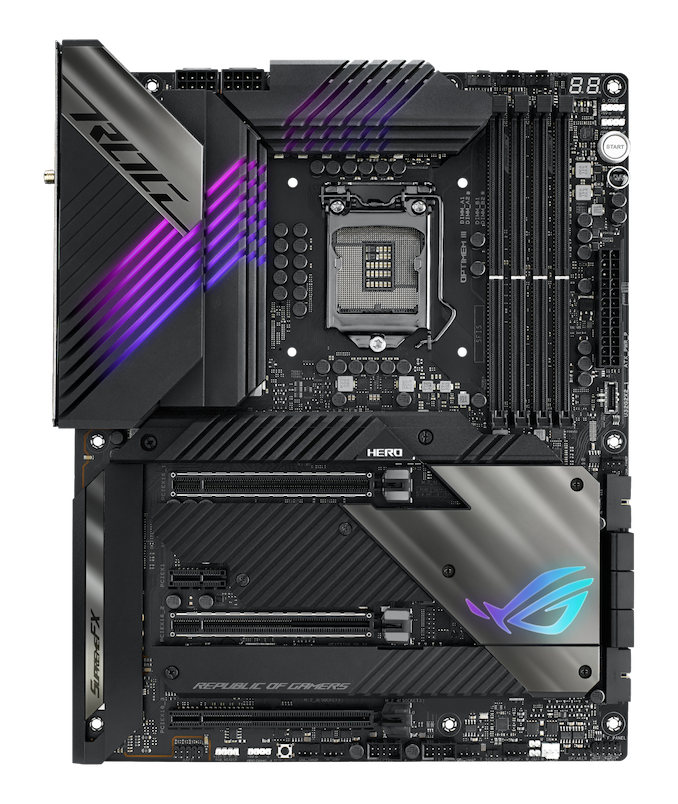 Aside from the standard things like powerful VRMs, plenty of heatsinks, and optimized memory routing that you’d expect to find on industry-leading motherboards like these, ASUS’ Z590 motherboards also have some unique and impressive features that make them stand out from the crowd. The first of these features is the use of machine learning AI that fine-tunes your motherboard’s overclocking, cooling, and networking. This results in you getting maximum performance in-game without you having to worry about tweaking things for hours manually yourself, which will save you tons of time. Additionally, the motherboard also uses AI to silence background noise from your microphone as well as from the voices of others you’re communicating with. This ensures that your in-game communication is crystal clear, which is a massive help in competitive games.

Secondly, the vast majority of ASUS Z590 motherboards support Wi-Fi 6E, which is an upgraded variant of Wi-Fi 6 networking that makes use of a 6GHz band instead of a 5GHz one. This band is faster and less susceptible to interference and slowdown, meaning that you’ll get the best Wi-Fi experience available with these motherboards.

Another feature of the ASUS Z590 line is HydraNode, a feature that makes it so that multiple fans connected to one header using a splitter can still be individually controlled and monitored. This hasn’t been possible traditionally, but thanks to HydraNode, it’s now reality. For people who want to have as much control as possible over their airflow so that they can get every last drop of performance out of their rig, this will be immensely useful.

Finally, most of the ASUS Z590 line features upgraded audio chips so that your game audio and in-game communication sound cleaner and crisper than ever before. High end codecs like the SupremeFX ALC4082 collide with pieces of kit like an ESS Sabre ESS9018Q2C front-panel DAC to provide you with a premium audio experience no matter what you’re playing or listening to.

Which ASUS Z590 motherboard should you buy? 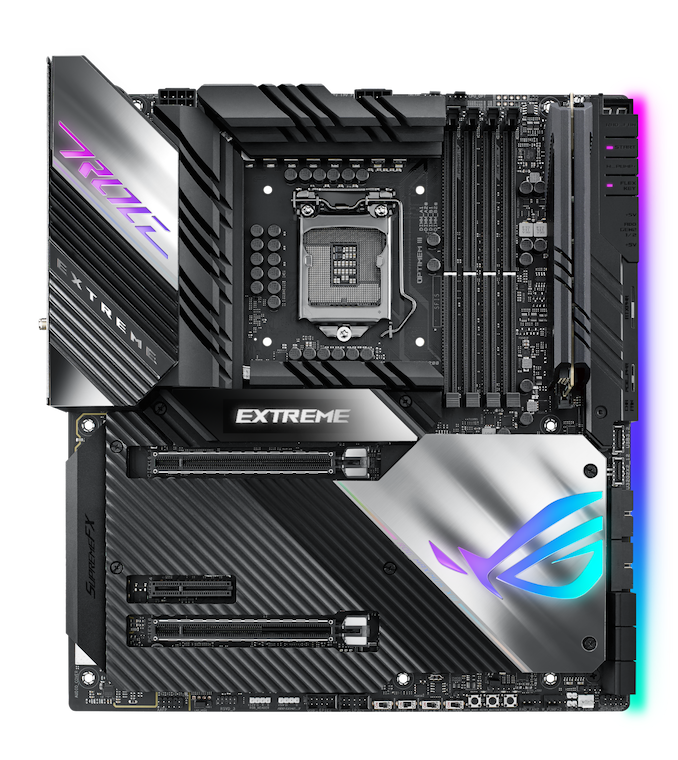 All of the ASUS Z590 motherboards are excellent, but there are some considerable differences between each class of them. In general, the ROG boards are the most powerful, featuring VRMs of up to 18+2 in size, up to five M.2 heatsinks, top-notch memory routing, tons of ports for peripheral accessories, and support for Marvell 10GbE ethernet in addition to all of the features listed above. Additionally, they also come with plenty of RGB accents that will look fantastic if you’re trying to make a fancy build. Notably, the ROG Maximus XIII Extreme Glacial even comes with an integrated EK water block for supreme cooling power.

Overall, ROG boards are for people who want the best of the best and don’t mind paying for it. They’re the most expensive of the bunch, but they’re worth every cent. We recommend pairing them with the cutting edge Intel Core i9-11900K for peak performance results.

The ROG Maximus XIII Hero motherboard is available in the USA and Canada at the following retailers: 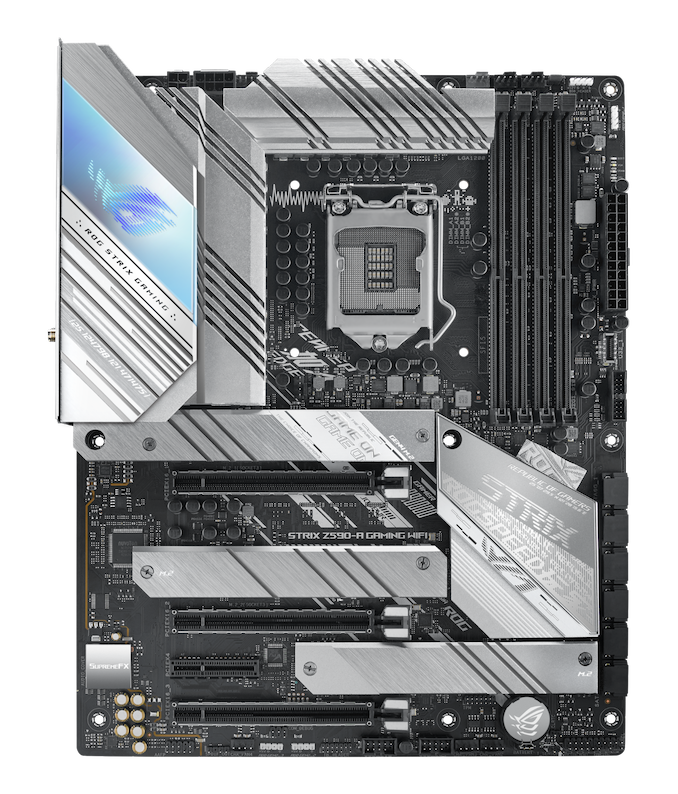 Mid-range buyers will likely be best off with the ROG Strix boards, which are next up in the ASUS Z590 lineup. They have the same great machine learning features that the ROG boards have as well as HydraNode, l4+2 VRM and up to four M.2 heatsinks. It’s audio gear is a bit weaker than what you’ll get with ROG, but not by much. Lastly, your connectivity is limited to Intel 2.5GbE, which is less capable than Marvell 10GbE, but still superb nonetheless. In terms of RGB, the board comes with snazzy accents that look clean and stylish.

If you’re in need of something compact that will work well with the mini-ITX form factor, the ROG Strix Z590-I Gaming Wi-Fi is an available specialized option that packs lots of capabilities into a small package.

ROG Strix motherboards are the ultimate mid-range options, offering top performance for a great price. Pair one with a mid-range 11th Gen GPU like the Intel Core i7-11700 or i7-11700K and you’ll be all set for an excellent gaming experience.

The ROG Strix Z590-E Gaming WIFI motherboard is available in the USA and Canada at the following retailers:

The ROG Strix Z590-A Gaming WIFI motherboard is available in the USA and Canada at the following retailers:

The memory routing, audio equipment, and I/O of these boards is less advanced than what you’d get with something from the ROG or ROG Strix lineup, but the performance is still great regardless.

Ultimately, these boards are perfect for people who want a more affordable Z590 board that still performs excellently. We recommend pairing one with the bang-for-your-buck Intel Core i5-11600 or i5-11600K for the best results.

The TUF Gaming Z590 Plus WiFi motherboard is available in the USA and Canada at the following retailers:

The Prime Z590-A motherboard is available in the USA and Canada at the following retailers: