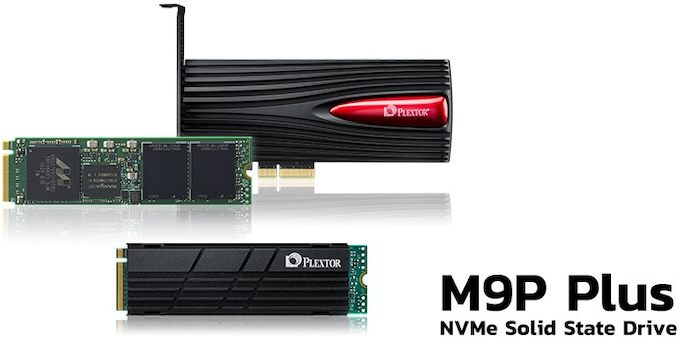 As Kioxia ramps up production of 96-layer 3D TLC NAND memory and winds down manufacturing of 64-layer 3D TLC NAND, it is not surprising that companies like Plextor have to adopt newer chips. What is odd is that Plextor isn't using a more recent controller. The 88SS1092 used in the M9P Plus is a derivative of the 88SS1093 that mostly adds support for more DRAM and NAND—changes that were primarily intended for the datacenter SSD market.

Meanwhile, Marvell has announced two newer generations of client NVMe SSD controllers. Their PCIe Gen4 controllers announced in 2019 mark a shift in strategy away from high-end drives and focus instead on low power using fewer PCIe lanes and NAND channels. But Marvell's 2018 controller announcements included the 88SS1100 as a direct successor to the 88SS1093, increasing the CPU core count and NAND interface speed to get closer to the limits of a PCIe 3.0 x4 interface. It's not clear why Plextor is sticking with such an old controller when their supplier has had newer, more competitive solutions available for quite a while.