The InWin Crown Fan: Why Bother with Closer Fan Blades When the Whole Fan Moves

In recent weeks and months, a lot of noise has been made about Noctua’s new fan design that uses precise tooling to create fan blades that are much closer to the edge of the fan than has been used previously. The benefits of such a design are often listed as a better and more powerful airflow. Well perhaps InWin just one-upped Noctua’s design, by fixing the blades to the fan sub-frame and spinning the sub-frame instead

This new fan design uses two main frame platforms: the first, which is fixed to the chassis in the corners, is used as a housing around the outside of the internal subframe as well as carrying the cables into the motor. The second is the subframe, which contains the fan blades fixed from the center to the sub-frame. The end result is that almost the whole fan spins around.

There are pros and cons to this method, including the fan blades getting more air and having more of the sub-frame move can assist with shifting air. The downside is that there is more mass, so the total RPM of the fan (at equal torque) is likely to be lower. 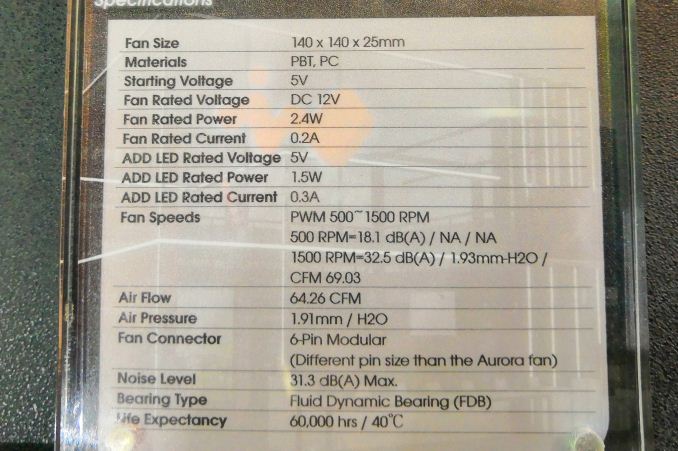