Kicking off this week is the annual International Conference for High Performance Computing, Networking, Storage, and Analysis, better known as SC. Along with the International Supercomputing Conference (ISC), SC is the second of the major high performance computing conferences of the year, and is traditionally an important venue for major HPC product and roadmap updates.

For SC15 announcements we’ll start things off with IBM. At the show, Big Blue is announcing that they are forming a strategic partnership with FPGA maker Xilinx to improve the use of FPGAs in POWER-based systems, with a focus on improving HPC workload performance ultimately driving towards greater integration between the two categories of processors.

The increasing integration of FPGAs has been a hot topic over the last few years, as the pace of CPU performance growth has begun to slow and HPC vendors have increasingly turned towards specialty accelerators in order to further improve performance while also ramping up power efficiency as well. FPGAs in turn offer a lot of flexibility due to their programmability, and as a result offer a class of processor that is neither a CPU nor a massively parallel process like a GPU. Consequently there is an increasing bet on FPGAs becoming the 3rd pillar of HPC, sitting alongside CPUs and GPUs to cover what the others cannot. IBM’s announcement comes about half a year after Intel’s announcement that they are purchasing FPGA maker Altera, setting the stage for IBM and others to further develop their own FPGA partnerships. 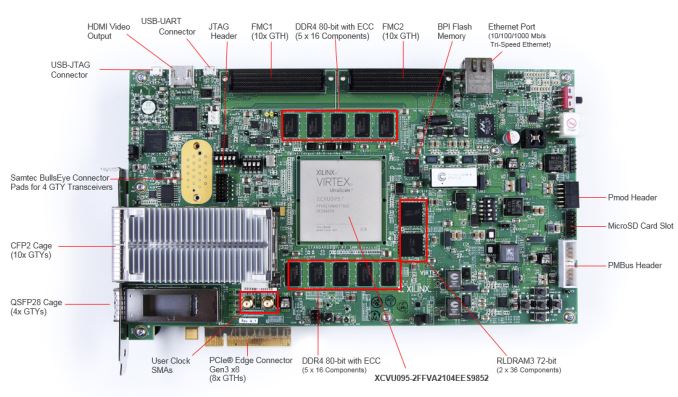 Meanwhile thanks to POWER’s CAPI interface, it has already been possible to pair up FPGAs with POWER processors, so today’s announcement is less about technology and more about forming alliances and putting that technology to good use. Of particular note from IBM’s press release:

As part of the IBM and Xilinx strategic collaboration, IBM Systems Group developers will create solution stacks for POWER-based servers, storage and middleware systems with Xilinx FPGA accelerators for data center architectures such as OpenStack, Docker, and Spark. IBM will also develop and qualify Xilinx accelerator boards into IBM Power Systems servers. Xilinx is developing and will release POWER-based versions of its leading software defined SDAccel™ Development Environment and libraries for the OpenPOWER developer community.

That IBM is entering into this agreement with the intention of selling Power Servers with Xilinx FPGAs is probably the most important part of this announcement. This essentially elevates Xilinx from a third party to a second party in the POWER ecosystem, as it’s still IBM that leads the way on POWER servers. This will of course eventually go head-to-head with systems based around Intel’s Xeon family, and their own plans for heterogeneous systems involving FPGAs.

Finally, the larger OpenPOWER community will see some gains as well. Along with the technology IBM shares and the software that will be made available to the OpenPOWER community under this collaboration, Xilinx is now a top-level Platinum member of the OpenPOWER foundation and will have a seat on the board of directors. It’s interesting to note that already Altera sits on this level as well, though with the Intel purchase it’s reasonable to assume that in time Xilinx will replace Altera as the favored, Platinum level FPGA after Intel integrates their purchase.