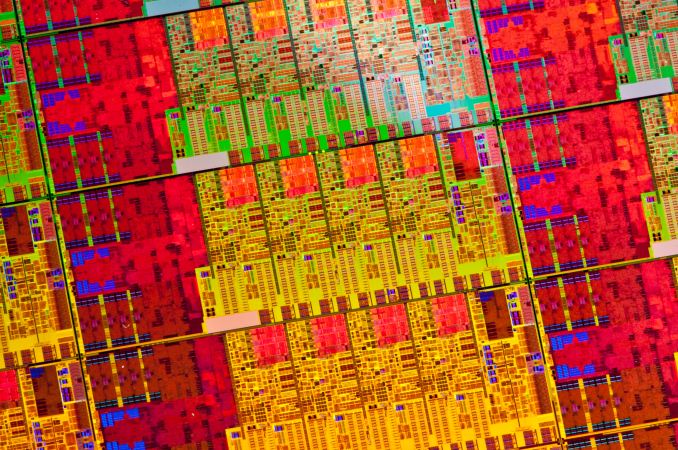 Earlier this year Intel came to us with an interesting proposition: using Haswell CPUs and Intel SSDs, we had to come up with four of our best system builds. Each build would be targeted at a slightly different type of user and budget, but all are aimed at folks looking to overclock. With the component list assembled, Intel went out, got all of the parts we selected and agreed to give away the bundles to AnandTech readers.

We'll be doing between 1 and 2 of these giveaways per week until we're out of system bundles to give away. These systems are purely parts bundles, you'll have to assemble them yourself. Literally everything here was picked by Jarred and Ian as what they'd build if given these budgets.

For the first post Intel wanted us to come up with the best Core i5 gaming system we could, without breaking the bank. What we came up with rests around $1200, providing a concrete platform for any gamer tackling single monitor resolutions. 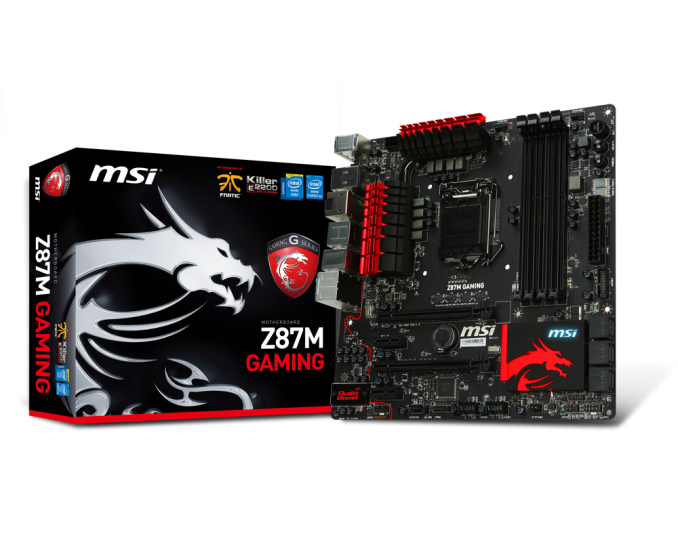 At the core of this build is MSI, featuring the Z87M Gaming motherboard and R9-280X Gaming graphics card combination with their red styling and dragon motifs.  The motherboard is MSI’s recently released micro-ATX gaming platform, giving a Killer E2200 NIC to prioritize game traffic by bypassing the Windows Network Stack as well as Audio Boost via an optimized Realtek ALC1150 codec.  Due to using an MSI Gaming motherboard and GPU, MSI have a feature called VGA Boost, designed to increase the power limitations of the graphics card and increase performance automatically with little user intervention: this should help push out some more frames in the demanding titles.  As our recent Gaming CPU article showed, the i5-4670K for this build is more than adequate for any single GPU setup, and should also be great if another GPU was added at a later date. 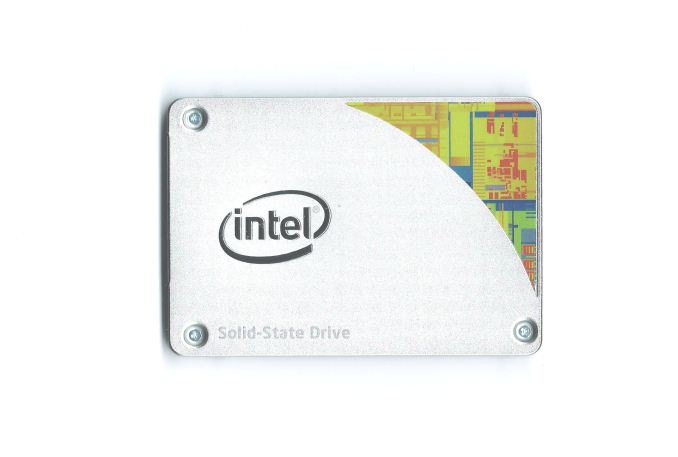 For storage, we're using an Intel 530 Series SSD (remember the Intel SSD requirement), and for the case/power supply combination in this first system we have aimed at Rosewill.  The Rosewill Blackhawk is a smaller variation of their Blackhawk Ultra that Ian currently use as a powerhouse home system rammed full of graphics cards.  The power supply is Rosewill’s Capstone 550W, one of Rosewill’s large range of high 80 PLUS units. 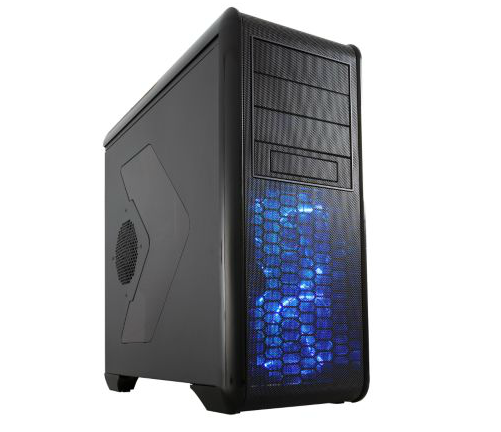 Finally the CPU cooler is a large air cooler – the Noctua NH-U12P: an old hand in CPU cooling but high performing for a gaming build.

The result is a fast system that doesn't break the bank and should deliver excellent gaming performance for the money. We're pretty much an SSD-only house at AnandTech these days, so the SSD 530 should keep the system feeling nice and snappy - there are faster SSDs now, but unless you're really doing some storage-intensive work even SF-2281 drives run well. Using the unlocked Core i5-4670K should pave the way for effortless overclocking, just adjust the CPU multiplier and you're done.

If you're as excited about what's in the table above as we are, go ahead and enter the sweeps. We've got one of these bundles to give away!

To enter the giveaway please leave a comment below (please only post one). As with all of our giveaways, this is only open to US residents with US mailing addresses. Unfortunately this is a legal requirement as each country/territory requires its own set of rules in order to be in compliance. Good luck!

Upon entering any contest, sweepstakes, or promotion (a “Promotion”) offered by anandtech.com (the “Site”), a website owned and operated by AnandTech, Inc. (“AnandTech”), you must agree to the following Official Rules and Regulations (the “Rules”) as well as any additional rules governing a specific Promotion that AnandTech publishes on the Site.

NO PURCHASE NECESSARY TO ENTER OR WIN.  PURCHASE DOES NOT INCREASE CHANCES OF WINNING.