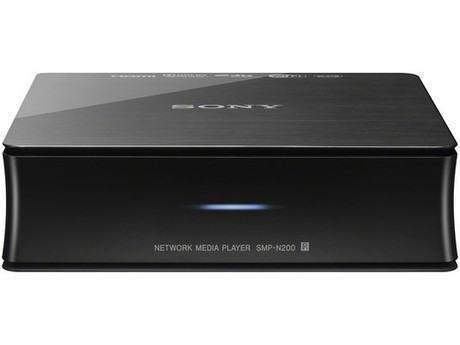 Moving TVs off the shelf is no easy task, so the industry joins in hyping initiatives every year. Last year it was 3D, this year it's Smart. We haven't covered the new generation of internet and app infused TV's, but with Sony's latest set-top box, we're having our arms twisted just a bit. Streaming boxes abound, and we've covered them for sometime. Introduced at IFA last month, the SMP-N200 brings more than just the usual Netflix and Pandora streaming, Sony's entire Smart TV platform is on order. The device is priced at the $99 sweet spot, and this is the first such device to feature 3D content. Connectivity includes the requisite HDMI and WiFi, but adds composite and component connections to truly democratize the Smart TV movement to even the oldest console TV sitting at your grandma's. Styling is monolithic but attractive. We're reaching out to get more information about the guts of Sony's streamer, and hope to get one in for testing by the time it's available on store shelves and at your favorite e-tailer in October.