NZXT H2: Not Quite Quiet

When we saw the NZXT H2's prototype at CES, we were impressed. The case isn't just unusually austere for NZXT, it's genuinely attractive and feature rich. More than that, it's a case designed with silence in mind for the crowd not willing to pony up for bigger, badder cases like SilverStone's Raven series or Antec's P183. With even the updated Sonata IV sporting a daunting $169 asking price, could the NZXT H2 be the silent case frugal builders have been waiting for? 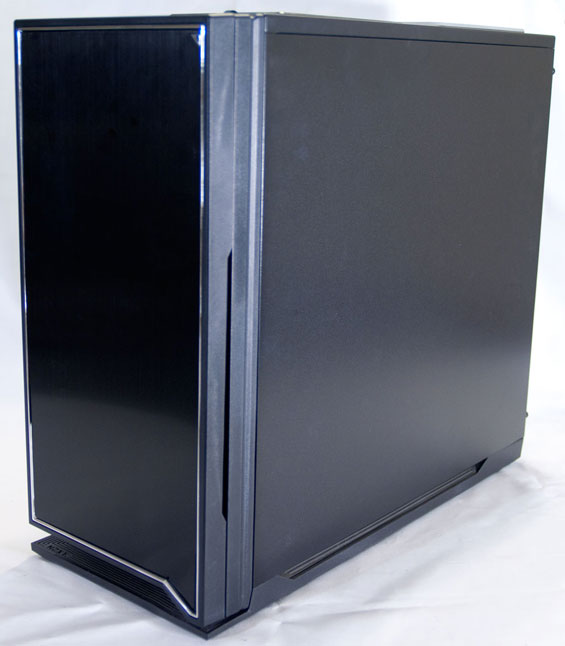 Without a doubt, the NZXT H2 (vowels need not apply) is a fairly attractive piece of kit. As an enthusiast I personally tend towards more modest looking enclosures like this one, so it's nice to see this kind of design trickling down. The H2 has an MSRP of just $99 and comes in white and black models; I really like the white one (just because a computer's white doesn't mean it wishes it was sporting an Apple logo), but the black one is certainly appealing too. But more than color, the H2 offers a lot of features for the frugal builder's dollar.

If you don't need all the hard drive trays installed, you can definitely get away with a 12" graphics card, but it's still going to be a tight fit as you'll see later. Likewise, there isn't really a hard limit as to how long a power supply can be in this enclosure, but at a certain point it's going to cover up the holes in the motherboard tray you'll need for routing cables.