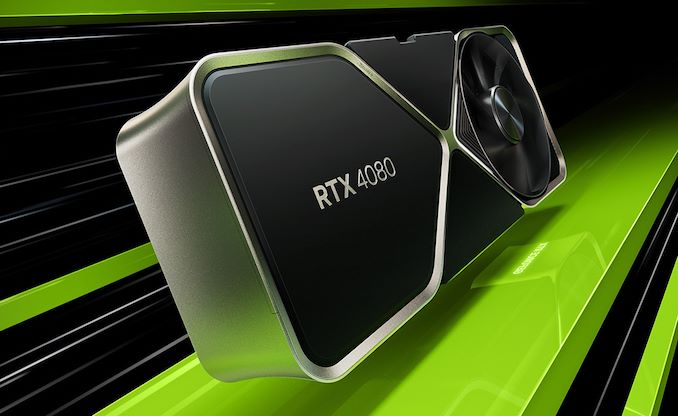 In a short post published on NVIDIA’s website today, the company has announced that it is “unlaunching” their planned GeForce RTX 4080 12GB card. The lowest-end of the initially announce RTX 40 series cards, the RTX 4080 12GB had attracted significant criticism since it’s announcement for bifurcating the 4080 tier between two cards that didn’t even share a common GPU. Seemingly bowing to the pressure of those complaints, NVIDIA has removed the card from their RTX 40 series lineup, as well as cancelling its November launch.

The RTX 4080 12GB is a fantastic graphics card, but it’s not named right. Having two GPUs with the 4080 designation is confusing.

If the lines around the block and enthusiasm for the 4090 is any indication, the reception for the 4080 will be awesome.

NVIDIA is not providing any further details about their future plans for the AD104-based video card at this time. However given the circumstances, it’s a reasonable assumption right now that NVIDIA now intends to launch it at a later time, with a different part number.

Taking a look at the specifications of the cards, it’s easy to see why NVIDIA’s core base of enthusiast gamers were not amused. While both RTX 4080 parts shared a common architecture, they did not share a common GPU. Or, for that matter, common performance.

The RTX 4080 12GB, as it was, would have been based on the smaller AD104 GPU, rather than the AD103 GPU used for the 16GB model. In practice, this would have caused the 12GB model to deliver only about 82% of the former’s shader/tensor throughput, and just 70% of the memory bandwidth. A sizable performance gap that NVIDIA’s own figures ahead of the launch have all but confirmed. 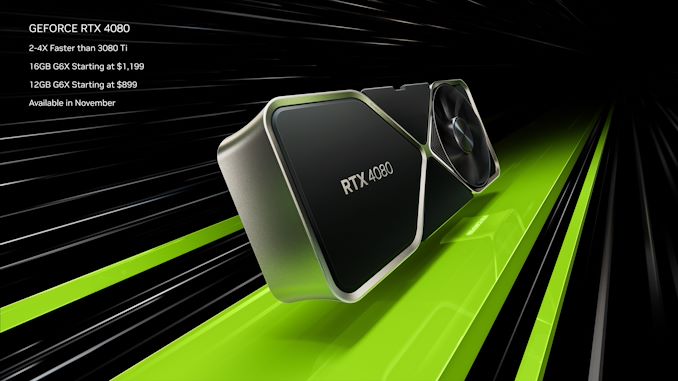 NVIDIA, for its part, is no stranger to overloading a product line in this fashion, with similarly-named parts delivering unequal performance and the difference denoted solely by their VRAM capacity. This was a practice that started with the GTX 1060 series, and continued with the RTX 3080 series. However, the performance gap between the RTX 4080 parts was far larger than anything NVIDIA has previously done, bringing a good deal more attention to the problems that come from having such disparate parts sharing a common product name. 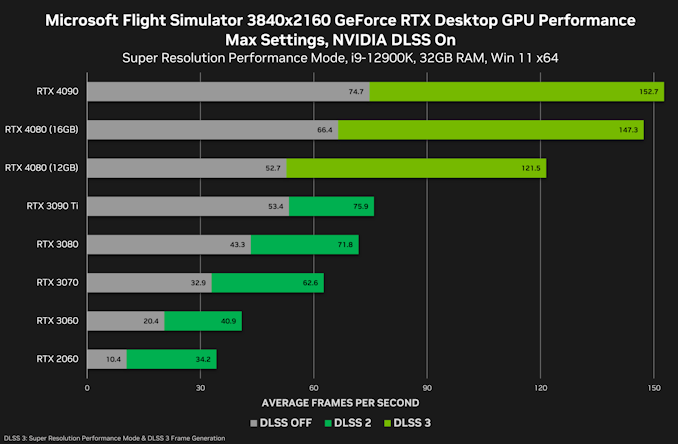 Of equal criticism has been NVIDIA’s decision to sell an AD104 part as an RTX 4080 card to begin with. Traditionally in NVIDIA’s product stack, the next card below the xx80 card is some form of xx70 card. And while video card names and GPU identifiers are essentially arbitrary, NVIDIA’s early performance figures painted a picture of a card that would have performed a lot like the kind of card most people would expect from the RTX 4070 – delivering performance upwards of 20% (or more) behind the better RTX 4080, and on-par with the last-generation flagship, the RTX 3090 Ti. In other words, there has been a great deal of suspicion within the enthusiast community that NVIDIA was attempting to sell what otherwise would have been the RTX 4070 as an RTX 4080, while carrying a higher price to match.

In any case, those plans are now officially scuttled. Whatever NVIDIA has planned for their AD104-based RTX 40 series card is something only the company knows at this time. Meanwhile come November 16th when the RTX 4080 series launches, the 16GB AD103-based cards will be the only offerings available, with prices starting at $1199.