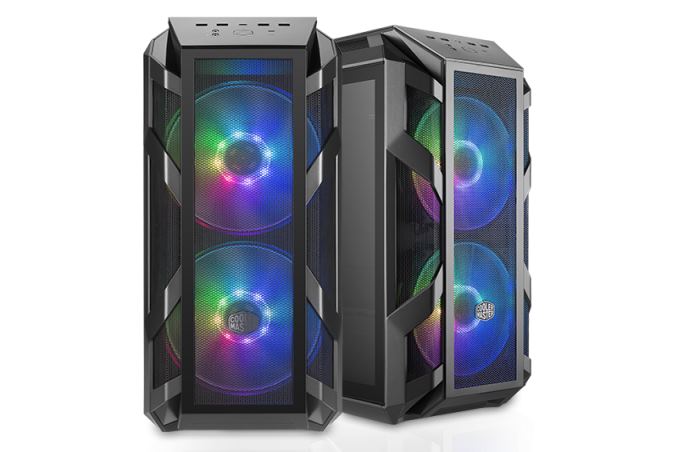 Cooler Master has launched a new case in the MasterCase H500M. The latest addition sits on top of their H-series lineup and seemingly based off of the H500P with some notable design changes including more glass panels and addressable RGB lighting on the front 200mm fans. The case includes both a mesh and glass front panel so users are able to choose between maximum airflow and aesthetics with Cooler Master stating the front panel options compliment the industrial design of the H500M in their own method. 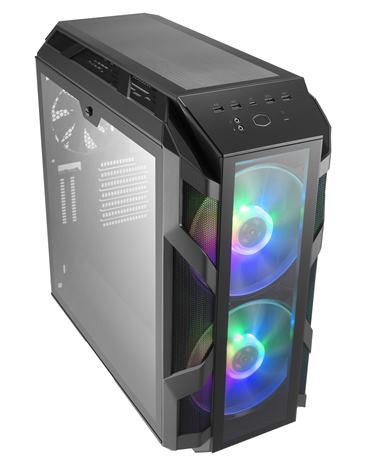 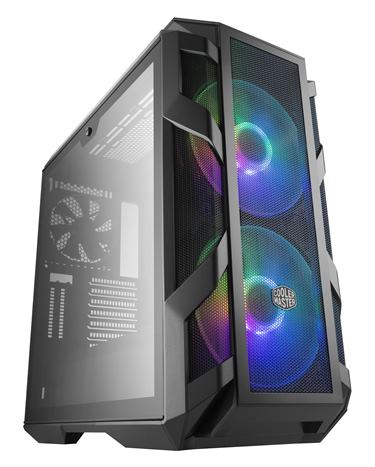 External styling is quite simple with mesh features on the front and top of the case for ventilation, with glass in the middle. Other external design features on the black chassis include an angled front IO panel which has four USB 3.0 ports and one USB 3.1 Type-C port. The included ARGB controller is also located on the IO panel along with the power/reset buttons and audio in & out jacks. On the back of the case, Cooler Master has added two vertical PCIe slots to set up the video card vertically and show it off through the glass panel. The glass panels are held on by relatively flat screws seemingly requiring a tool for access. 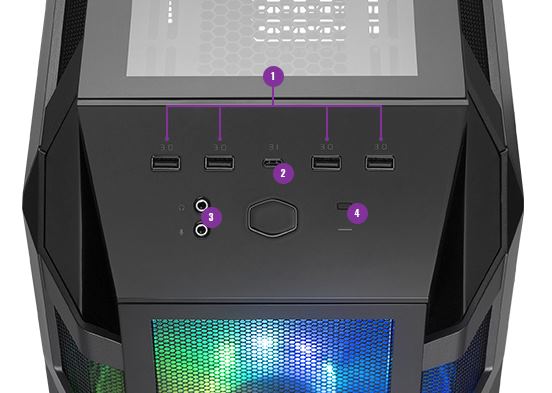 Internally, the chassis is able to support up to a Mini-ITX size board all the way up to E-ATX size. For storage, the H500M has six 2.5-inch SSD bays and two 2.5/3.5-inch drive bays for a total of eight bays – plenty for most users. 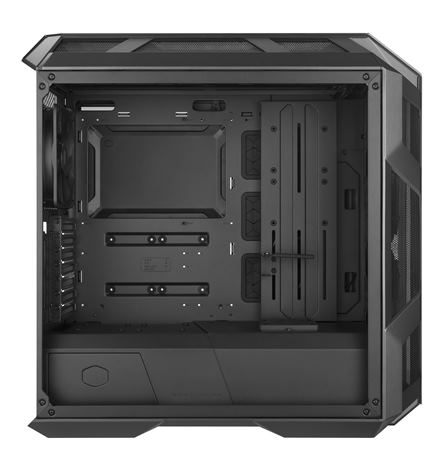 As far as cooling support there is room for a 190mm (tall) CPU heatsink and numerous locations for water cooling/radiators. Both the top and front panels support up to 360mm radiators with an additional location for 120/140mm on the back. There is even a dedicated water pump bracket on top of the PSU shroud. The case comes with the two 200mm ARGB fans controlled via the included controller as well as a single 140mm fan on the back. 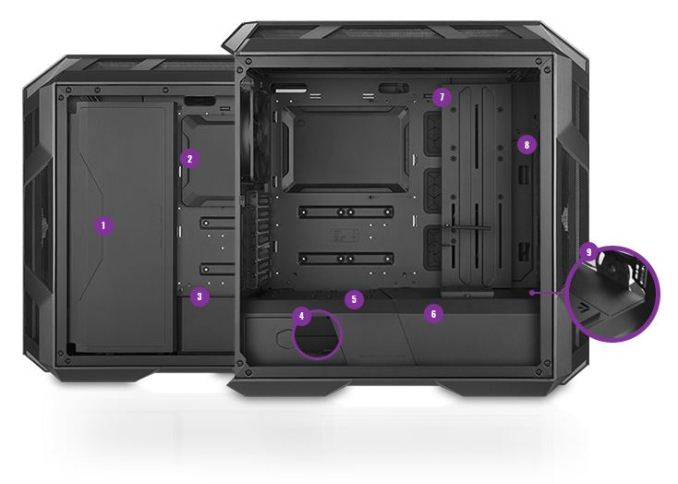 There are plenty of internal covers and shrouds, nine in total, to route and hide wires which should make for a clean internal appearance. The PSU shroud has a cutout cover giving users the option to display the PSU or leave it hidden. Towards the front of the shroud, there is even a removable plate for when using thicker radiators.

GPU support is up to a long 412mm and includes a graphics card support arm that mounts to the chassis. This rarely included and occasionally needed item is designed to help reinforce larger/longer graphics card and prevent sagging.

The MasterCase H500M is available for pre-sale as of now in North America with a starting MSRP of $199.99.