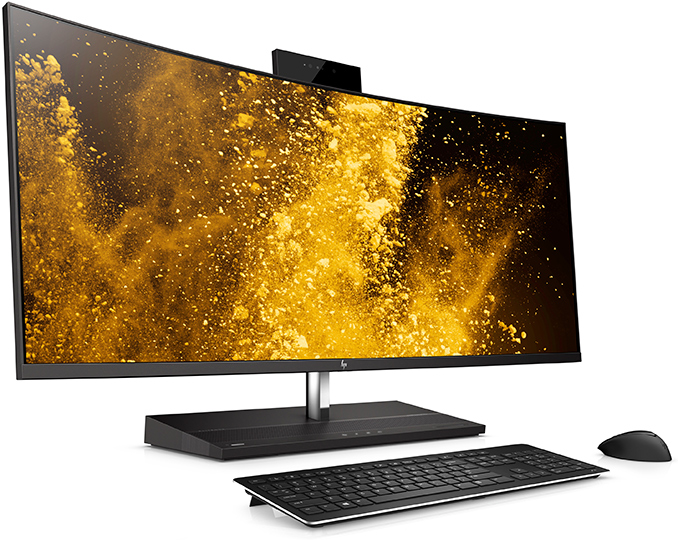 HP has introduced new versions of its EliteOne 1000 business All-In-One (AIO) PCs that are based on Intel’s Coffee Lake processors with up to six cores. The EliteOne 1000 G2 systems feature detachable displays, allowing them to be upgraded and once the monitor or other components no longer offer relevant performance.

HP’s EliteOne 1000 G2 lineup consists of four base models featuring 23.8-inch FHD displays (with and without touch), a 27-inch UHD display option, and the more premium 34-inch curved WQHD LCD. The new all-in-ones are based on Intel’s 8th Generation Core CPUs as well as the Q370 chipsets with premium SKUs outfitted with AMD’s Radeon RX 560 discrete GPU with 4 GB of GDDR5 memory.

As for memory and storage, the EliteOne 1000 G2 AIOs can be equipped with up to 32 GB of DDR4-2666 memory, a 2.5-inch hard drive (with 500 GB to 2 TB capacity) and a 128 GB to 1 TB M.2 NVMe SSD. Since HP’s Elite-branded systems are used by enterprises and various government agencies, such PCs are offered with FIPS and Opal 2 encrypted storage devices. Select configurations will feature hybrid storage subsystems consisting of a hard drive and an Intel Optane Memory caching SSD. 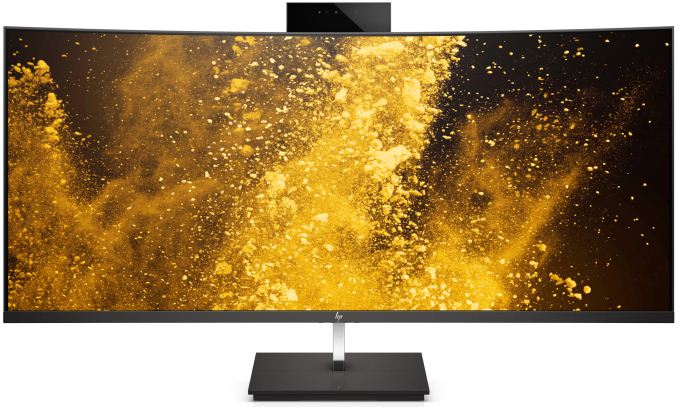 Moving on to connectivity offered by the EliteOne 1000 G2 AIO PCs. Wireless technologies supported by the new all-in-one systems include 802.11ac Wi-Fi (with gigabit speeds on select SKUs) as well as Bluetooth 5.0. As for wired connectors, the computers feature Gigabit Ethernet, four USB 3.1 Gen 2 ports (Type-A), a USB 3.1 Gen 1 header, a Thunderbolt 3 port, a DisplayPort input, a DisplayPort output, an HDMI connector, a 3.5-mm audio jack and so on. 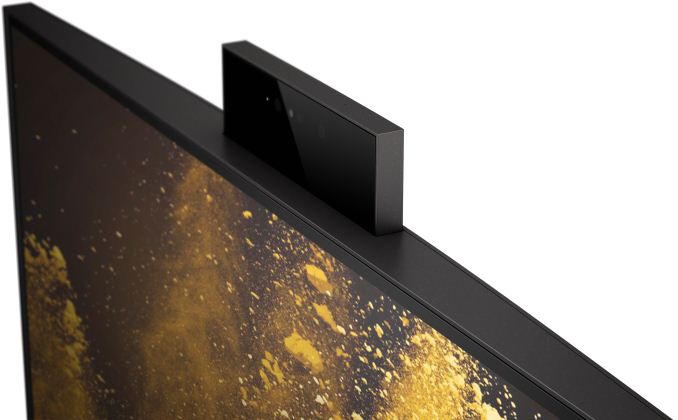 Just like HP’s 34-inch Envy-branded AIO, the EliteOne 1000 G2 systems are equipped with a pop-up webcam with a 1080p RGB sensor as well as IR sensors for Windows Hello. An interesting feature of the webcam used with the EliteOne AIOs is backwards-facing RGB sensor for easier conferencing involving multiple people in the same room. In addition, the new all-in-one PCs feature integrated dual-array microphone and a 2W speaker. 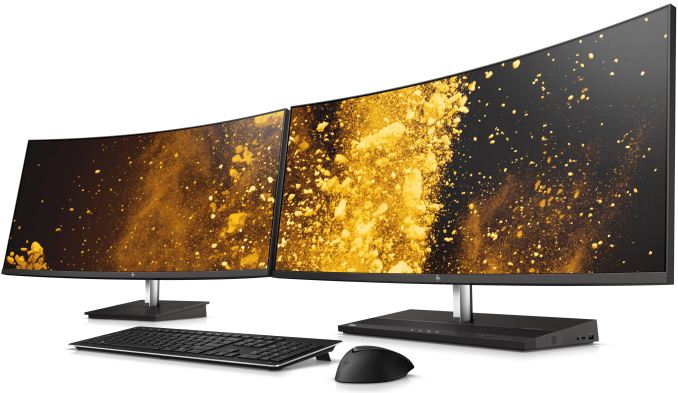