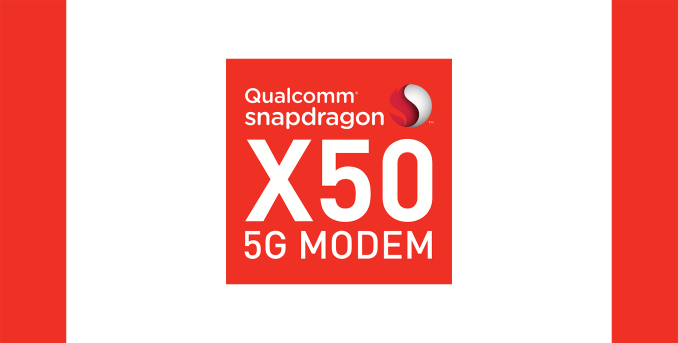 Qualcomm made three announcements about connectivity products today at its 2016 4G/5G Summit in Hong Kong. The first announcement, aimed at easing the transition between the 4G LTE networks we have today and the 5G networks of the future, is a partnership with Netgear, Telstra, and Ericsson to deliver the first commercial gigabit class LTE device and network. Qualcomm sees gigabit LTE as a necessary building block and foundation for 5G, providing more bandwidth over a wider area until even higher bandwidth, shorter range 5G networks come online. Telstra, an Australian telecommunications provider, is currently building and testing the first gigabit LTE network, with equipment and software from Ericsson, in a bid to bring higher bandwidth internet access to the home without the expense of laying fiber cables.

Telstra is pushing for a commercial launch in the next few months and will be providing its customers with the new Netgear Mobile Router MR1100—a gigabit LTE endpoint and Wi-Fi router that delivers up to 1Gbps download speeds through a combination of 3x carrier aggregation, MIMO technology (4x4 MIMO on two aggregated carriers plus 2x2 MIMO on the third carrier), and 256-QAM modulation. Inside is a Qualcomm Wi-Fi solution and Qualcomm’s Snapdragon X16 LTE modem paired with Qualcomm’s WTR5975 RF transceiver.

This is the Snapdragon X16’s first appearance after it was unveiled back in February of this year at Qualcomm’s annual Analyst Day. The X16 is a sixth-generation discrete LTE modem manufactured on a 14nm FinFET process that’s capable of 1Gbps (Category 16) on the downlink and 150Mbps (Category 13) on the uplink. According to Qualcomm:

The Snapdragon X16 LTE modem is designed to reach Gigabit Class LTE speeds using the same amount of spectrum as Category 9 LTE devices. By using carrier aggregation and 4x4 MIMO, the Snapdragon X16 LTE modem can receive 10 unique streams of data using only three 20 MHz carriers. Its support for 256-QAM boosts the peak throughput of each stream from ~75 Mbps to ~100 Mbps, with additional gains possible with modem data compression. Additionally, with support for Licensed Assisted Access (LAA) as well as LTE-U, this combination reduces the amount of licensed spectrum required—to 40 MHz or less—to vastly expand the number of operators that can deploy Gigabit Class LTE speeds around the globe.

The X16 LTE modem will find a home integrated inside the next, currently unnamed, Snapdragon SoC, which is the second big announcement today. This next generation SoC will be powering flagship phones in 2017, enabling faster download speeds as carriers begin rolling out gigabit capable networks over the next 12 months, according to Qualcomm.

The final big announcement is Qualcomm’s first 5G modem, the Snapdragon X50. Designed to work only in the 28GHz millimeter-wave spectrum initially (supporting the Verizon 5GTF and KT 5G-SIG specifications), it’s capable of 8x100MHz carrier aggregation, giving it access to 800MHz of spectrum versus 80MHz (4x20MHz) for Qualcomm’s X16 LTE modem. All of this extra bandwidth enables up to 5Gbps on the downlink.

The downside to using higher frequencies, however, is their limited penetration and range. Qualcomm looks to mitigate these issues by using an array of many small antennas and employing adaptive beamforming and beam tracking to enable non-line-of-sight operation, essentially using surface reflections to see around corners and objects.

The Snapdragon X50 5G modem will be paired with two of the new SDR051 millimeter-wave transceivers and the PMX50 power management IC to support fixed wireless applications or future mobile devices. Because it only supports millimeter-wave frequencies, it needs to be paired with an additional 4G LTE modem to provide data uplink and voice capabilities and to allow seamless handoff between 4G and 5G networks depending on availability.

Qualcomm expects the Snapdragon X50 to begin sampling in the second half of 2017, with the first commercial products incorporating the new components showing up in the first half of 2018.