The Razer Phone 2 Hands On: Now With Wireless Charging, IP67, and RGB

When Razer announced its Razer Phone as a 'gaming smartphone', a sizeable number scoffed at the idea - how can it be a gaming smartphone if everyone has the same flagship hardware? In Razer's own words,they were 'carving a new market' , with features like a 120Hz Ultramotion display and HDR, as well as a special fast chip under the hood. Razer says it easily met their sales expectations, and they are ready to announce the Razer Phone 2, a refined model with a number of extra requested features. 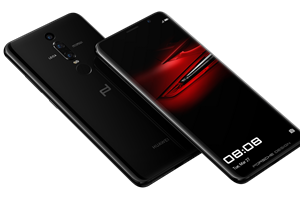 In a world where we were only just starting to see the emergence of $999 flagship phones, Huawei and Porsche Design go and break the barrier by marketing their...