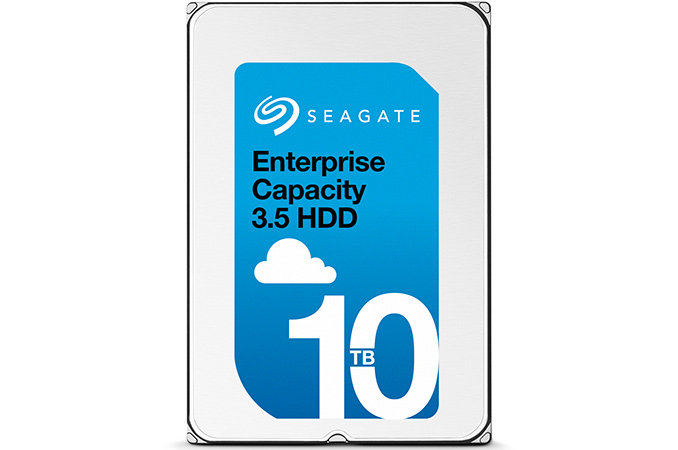 Seagate Technology on Wednesday introduced its first helium-filled hard disk drive. The novelty is designed for cloud datacenters that require maximum amount of storage and enhanced reliability. By filling its HDDs with helium, Seagate can substantially increase their capacity and lower power consumption while using current magnetic recording technologies. At present, two major customers of the company are already evaluating the new hard drives. Volume shipments of the HDDs will start later.

Typically, Seagate’s Enterprise Capacity HDDs feature 7200 revolutions per minute (RPM) spindle speed as well as special top and bottom attached motors (in a bid to reduce vibration), but the manufacturer did not confirm such details about its 10 TB helium-filled hard disk drive. Since hermetically sealed HDDs feature significantly different internal architecture, many actual specs of the Seagate Enterprise Capacity 10 TB may differ from predecessors. 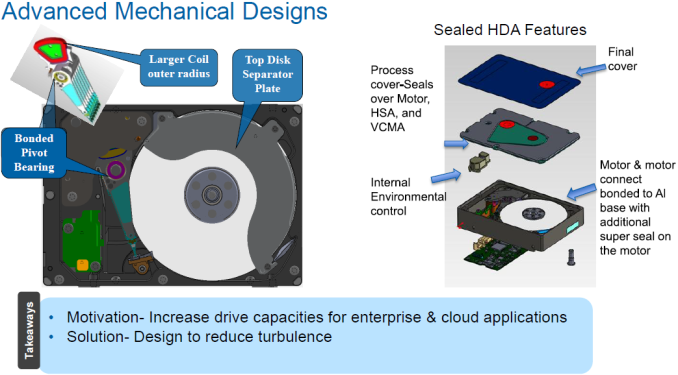 The new hermetically sealed helium-filled hard drives from Seagate use either Serial ATA-6 Gb/s or SAS-12 Gb/s interfaces and can be installed into various environments. The manufacturer did not reveal sector sizes of the new HDDs, but typically modern high-capacity hard drives have 4 KB sectors and can support 512-byte sectors via emulation. Typically, enterprise-class hard drives also optionally support data security features, such as self-encryption, secure erase and so on. Unfortunately, Seagate did not reveal exact feature-set of the helium-filled 10 TB HDDs, possibly because customers are only evaluating them at the moment and commercial drives may be different from today’s.

The density of helium is one-seventh that of air, which reduces drag force acting on the spinning disk stack and lowers fluid flow forces affecting the disks and the heads. By filling hard drives with helium, makers of HDDs can install up to seven platters into one industry-standard 3.5/1-inch hard drive, reduce power consumption of HDD motors and improve accuracy of arm’s positioning. All three benefits are crucial for modern datacenters.

By expanding capacity of its top-of-the-range Enterprise Capacity 3.5-inch HDD to 10 TB (up 2 TB from 8 TB, or by 25%), Seagate increases capacity per rack to 2400 TB (up from 1920 TB), which significantly bolsters storage density in a datacenter while decreasing power consumption per terabyte. For datacenter owners such changes reduce total cost of ownership (TCO) and help to maximize their storage capabilities without expanding area of their facilities. 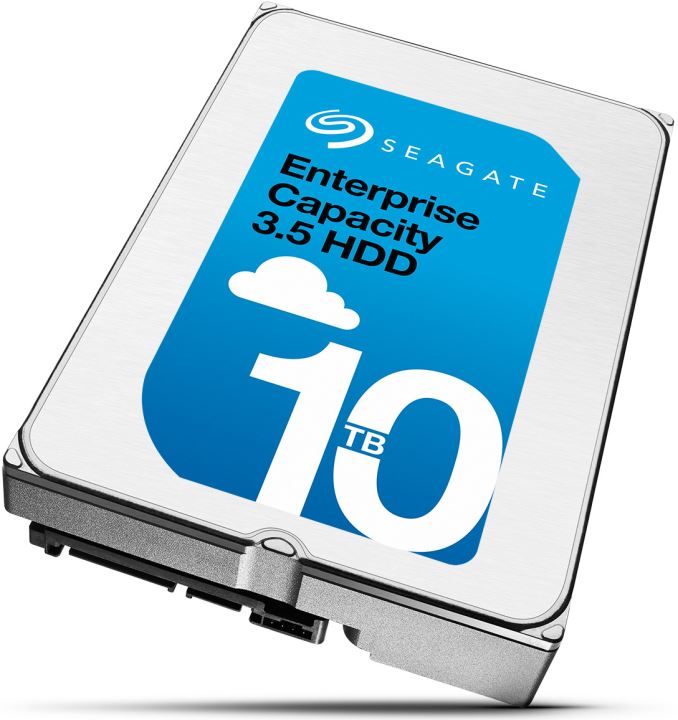 Seagate said last year that it had experimented with helium-filled hard disk drives for about 12 years. While the company is several generations behind HGST with its hermetically sealed commercial HDDs, the company’s helium platform should be rather robust in terms of both reliability and performance.

At present, Alibaba and Huawei, who both said that the new hard drives help them to reduce their costs, evaluate Seagate’s Enterprise Capacity 10 TB HDDs. Some other companies have also received Seagate's new HDDs. HGST’s 10 TB helium-filled hard disk drives are already deployed by companies like Netflix, which need maximum amount of storage.

Seagate itself predicted recently that in 2016 its 8 TB hard drives would be its most popular high-capacity models. The company did not announce high-volume availability timeframe of its 10 TB HDDs, but it is unlikely that Seagate will ship a lot of such products this year. Pricing of Seagate’s Enterprise Capacity 10 TB HDD is unknown.

Mobile devices, Big Data analytics, 4K ultra-high-definition video, modern workloads and emerging devices generate tremendous amounts of data, which greatly increases storage requirements for datacenters. Since technologies like two-dimensional magnetic recording (TDMR) and heat-assisted magnetic recording (HAMR) are not ready for commercial hard drives just not, helium-filled HDDs will gradually gain importance for companies like Alibaba or Netflix. So far, HGST has shipped over four million helium-filled hard drives and in in the recent quarters adoption of such HDDs intensified among its customers.