Linksys had recently lost ground as a SMB market leader, but, after Cisco's sale of the business unit to Belkin, things have been improving rapidly. Last month, they announced the Pro series wireless access point (LAPAC1750PRO) with support for cluster managment (handling multiple access points from a single interface) and a customizable branding portal. It also had dual GbE ports for increased throughput as well as redundancy. As with any AP in this market segment, the unit could be powered by PoE (Power over Ethernet). This 3x3 802.11ac AP was priced at $500. 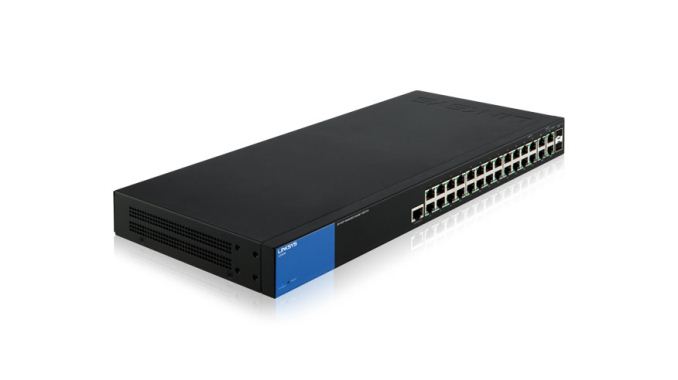 A couple of Internet Access Gateways were also announced, targeting the hospitality market. The UAG5100 supports up to 800 concurrent devices with dual WAN capabilities and an integrated WLAN controller for managing up to 32 Wi-Fi APs. The UAG2100 supports up to 200 devices, has a built-in 802.11n AP and an integrated WLAN controller to manage up to 8 Wi-Fi APs. The firmware features of both units are geared towards monetization of Internet services as well as recording of user access information for auditing and security purposes.