Despite the focus on immediate storage is on the solid-state drive, whenever a large backup is needed then the mechanical hard-disk drive is still reigning supreme, and the demand for data density has never been higher.  In the consumer space 4TB drives have been on sale for a while, currently for around $164 in the US or £123 in the UK.  These were four platters at 1TB each, or five platters at 800 GB each, using PMR (perpendicular magnetic recording, remember this video?).  Toshiba Electronics Europe has just announced the amalgamation of the higher platter density with the higher number of platters, in an enterprise level 5TB 3.5” 7200 RPM drive.

These new drives will fall under the MG04 heading, succeeding the MG03 range.  Some of these drives also feature Persistent Write Cache Technology, which Toshiba states improves application performance and data-loss protection.  The drives will be equipped with either 6Gb/s SAS (MG04SCA) or 6Gb/s SATA (MG04ACA) interfaces, and can also be supplied with Toshiba’s Sanitize Instant Erase (SIE) functionality. 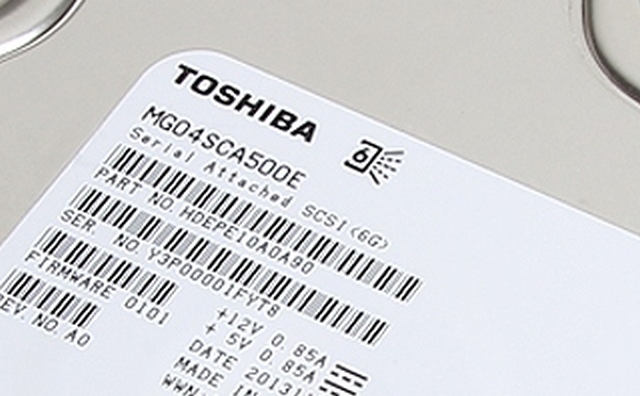 The SIE drives have models that support either 512e or 4Kn format storage modes for modern performance or legacy applications.  The drives are quoted with a 4.17ms average latency time, 8.5-9.5ms read/write seek time and a sustained transfer speed of 205 MiB/s.  MTTF is at 1.2m hours, with idle power quoted as 6.2W, with 11.3W during read/write operations.  The internal buffer for SATA drives is set at 128 MiB, with SAS drives having 64 MiB.

No information was given about release date and pricing – given the enterprise focus that Toshiba Electronics Europe is giving this product, I would imagine the focus would turn to local Toshiba representatives for individual pricing. 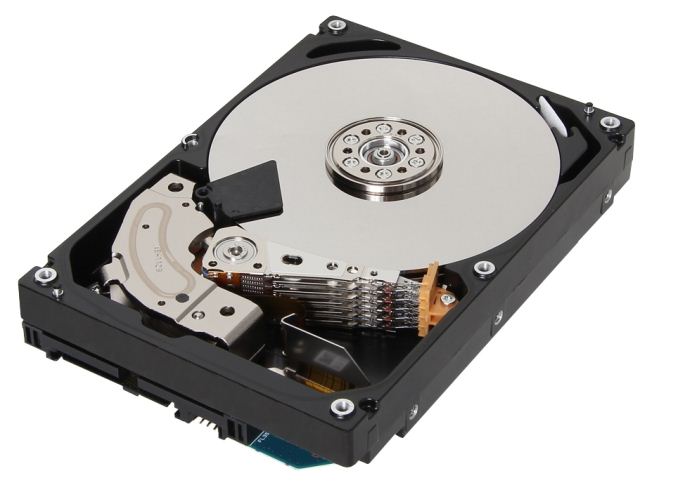 Given that one other company has been quoted as using Shingled Magnetic Recording in their 5TB drives for 2014, after speaking with Kristian we are under the assumption that this is still PMR technology.  I must confess that at this point in the HDD cycle we might have 6TB 3.5” drives in the consumer market, but the recent focus on SSD consistency and a combination of overcoming physical limitations via new methods might be causes for the delay.  HGST are sampling their 6TB helium filled drives, however that technology is aimed solely at the enterprise market.  Should we get a sample in, keep your eyes peeled for a review.