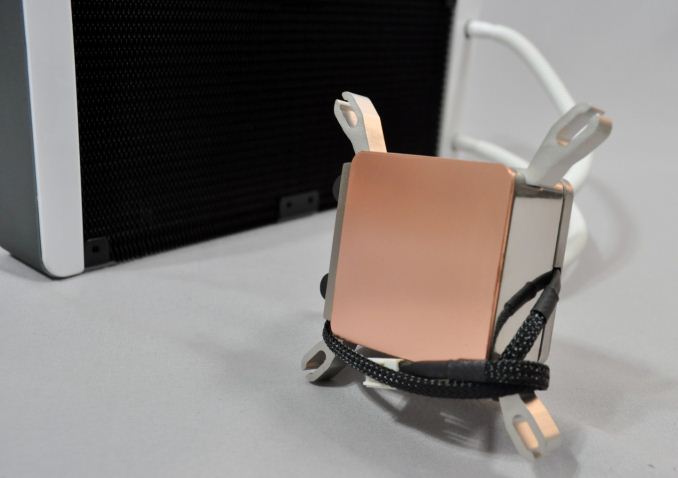 Remember the time when liquid cooling a computer chip was considered to be an extreme approach, one performed by hardcore enthusiasts and overclockers alone? Everything had to be personally designed and or procured by the user, as there were no specialized commercial products available at the time. Radiators were modified heater cores extracted from cars, CPU blocks were rare and occasionally machined at local workshops using a copper block and a lathe, while high-performance tubing came from shops with medical supplies.

As demand grew, aided by the ever-increasing noise of small CPU heatsinks, companies specializing on liquid cooling solutions began turning up -- a little too fast perhaps, as tens of companies were founded within a few months' time and very few of them actually survived for more than a couple of years. Enthusiasts could then buy specialized liquid cooling equipment and even whole kits from just one seller and only had to assemble the setup into their system. That of course is no simple process for an amateur and a nightmare for a system builder, who cannot ship a system with a topped off water cooling tank or assume that the user has the skills required to maintain such a system, therefore the potential market remained limited to advanced users only.

This all changed in 2012, when Asetek came up with an inexpensive closed loop solution, a liquid cooling device that was leak-free and required no maintenance at all. The radiators of the first few solutions were small and their overall performance hardly better than that of air coolers; however, aided by the modernization of computer cases, the mounting of larger, thicker radiators inside a PC soon was not a problem. In many cases the kits were now no harder to install than any CPU cooler and required no maintenance at all, opening the market to virtually every computer user seeking a performance cooling solution. This spurred massive interest amongst OEMs and manufacturers, who all strive for a slice of the pie. 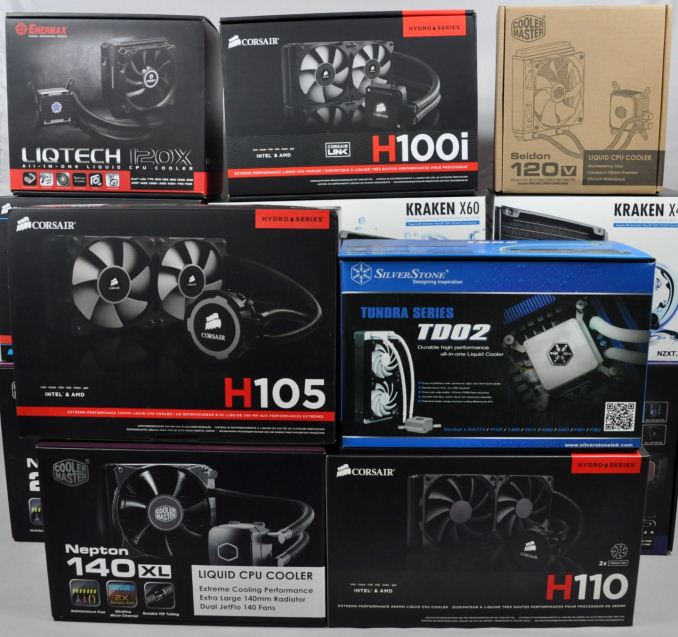 There have been tens of AIO (All-in-One) closed loop liquid coolers released just in 2013; today, we are having a roundup with 14 of them, coming from five different manufacturers, alphabetically listed in the table below.

*The coolers from Enermax are not widely available in the USA at the time of this review, with the only viable option appearing to be that of import from Asia or Europe.

Although Asetek was the first to come up with the design and they hold patents for it, they are not the only OEM of AIO cooling solutions today. At least three different OEMs are behind the kits listed in the table above. We will have a closer look at each one of them in the following pages.