On the Rosewill stand for 2013 we were shown a few interesting cases, plus a competitor to the Corsair AX1200i.

The main case I particularly liked was the new Rosewill Rise.  This case uses the case philosophy of moving the storage behind the motherboard, allowing for direct airflow to the CPUs and GPUs in an attempt to improve cooling. 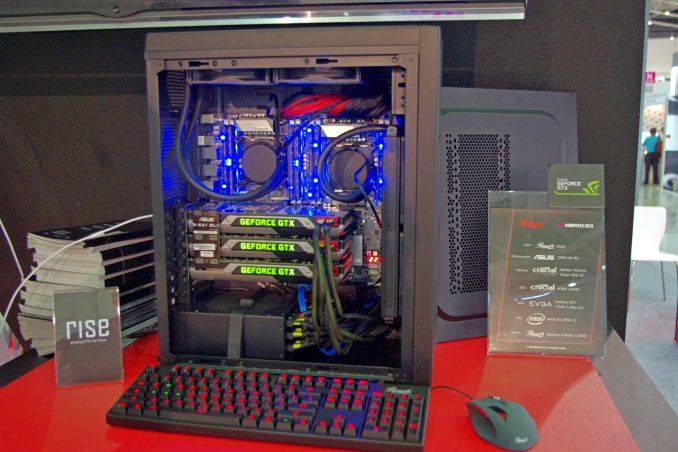 In the display case we had an ASUS Z9PE-D8 WS dual processor motherboard, with each processor sporting a 280mm liquid cooling radiator, and a tri-Titan setup with power supply to match.  The storage area is behind the motherboard, with an expanded rear area to fit drives and aid some cable management.  Personally I think this may be what we see more of in the future – a ‘hot’ zone of GPUs and CPUs on one part of the case and a ‘cool’ zone, containing a high efficiency PSU and storage.  The model on display is still a work in progress, I asked about a windowed version, to which the response was ‘it is being discussed’.  Watch this space – the Rise should be on sale later this year.

Rosewill also have a new mini-ITX case on display.  With various trends of personal computing moving to smaller form factors, having a mini-ITX case that stands out from the crowd can be a serious money maker for case makers and sellers; Bitfenix have showcased it can be done with the Prodigy.  Nevertheless the new case from Rosewill, called the Neutron has a few neat design elements of its own. 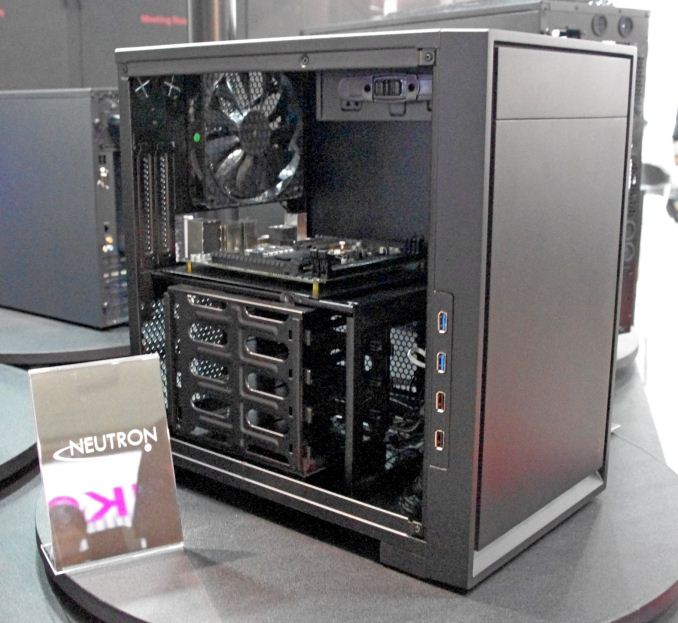 While the trend is of small computing, having the larger case to fit everything in is what Rosewill are aiming for, in a similar way to the Prodigy.  The Neutron is designed for a full ATX power supply, had a removable motherboard tray and a swivel out storage bay: 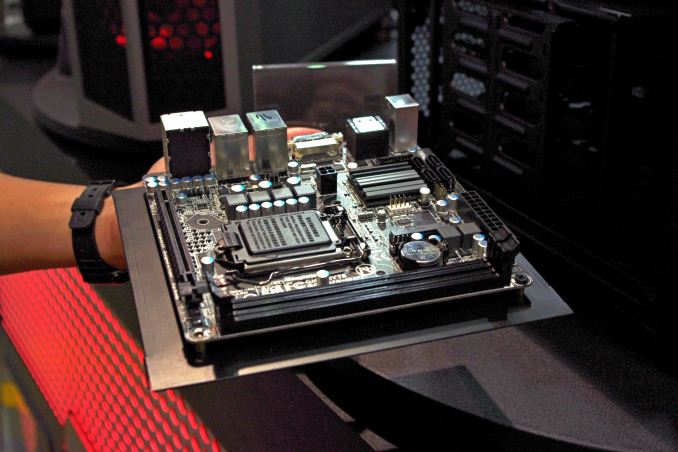 For a case in between the Rise and the Neutron, Rosewill are also launching the Stealth – a full sized ATX case. 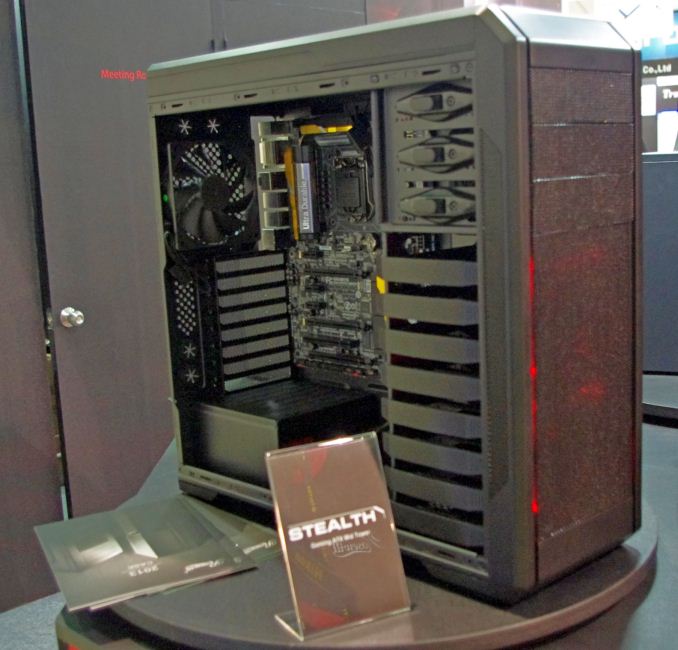 In terms of power supplies, Rosewill are joining the digital power supply market with the Epoch, available in 850W, 1000W, and 1200W variants – that final one putting it in the path of the Corsair AX1200i. 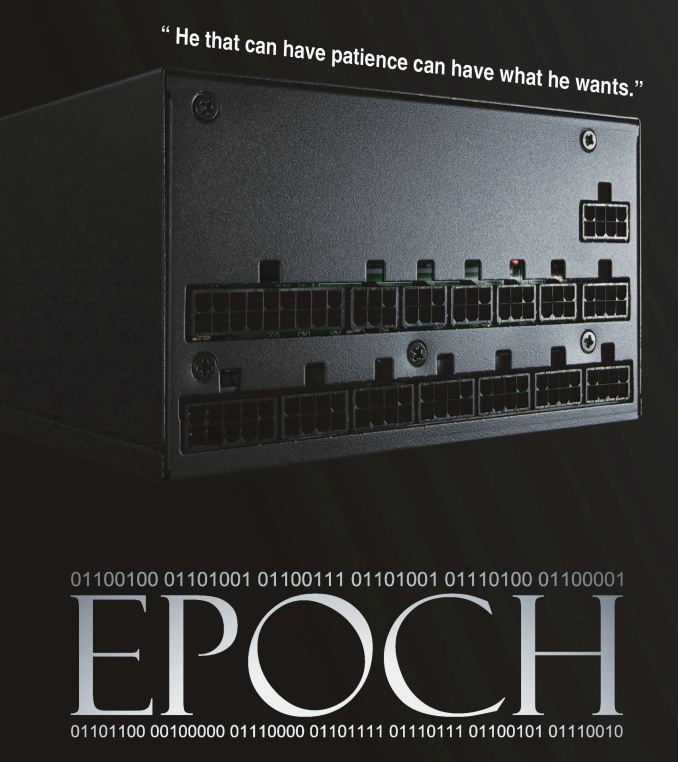 With the advent of digital supplies, it all comes down to the monitoring tool.  Corsair has the IP for the internal USB driven data connection, and Rosewill went with a 2.4 GHz connector and dongle for their data stream.  The software is still in its early stages, but is designed to be big and obvious: 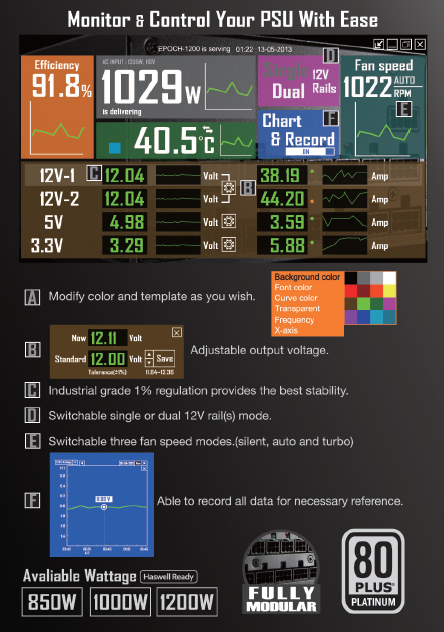 Rosewill are also updating their mechanical keyboard line to the RK-9200 series.  Differences to the RK-9100 are in the switch from lights on NumLock/CapsLock/ScrollLock to a three-LED orientation on the top right, but also the keyboards have a dual lightning system. 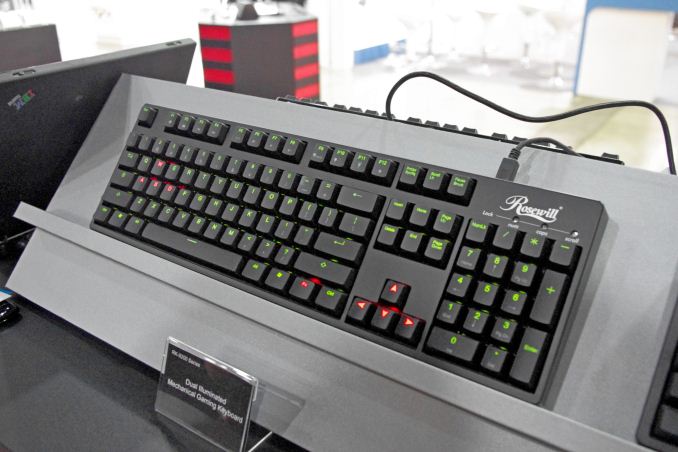 The FN and WASD keys are in red, and the Windows key can be disabled by pressing FN+WASD such that it cannot be activated in games.  I would expect Rosewill to release the RK-9200 with the same range of switches as the RK-9100 – I did ask about MX-Greens but they are not currently on the horizon.