In choosing the Streacom FC10 and Nano150 as the chassis and PSU for our testbed, we were practically restricted to a mITX or uATX motherboard. There was a toss up between building a Trinity-based testbed and a Ivy Bridge-based testbed. In the end, the fact that Trinity emerged as being a capable madVR candidate (with software based decoding), and the fact that madVR recently introduced DXVA scaling (an upside for Intel since its offerings weren't fully madVR capable earlier, and something that we wanted to test out) persuaded us to go for an Intel-based testbed. 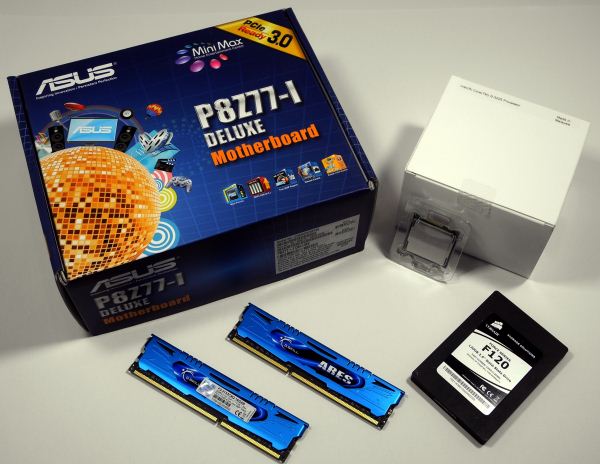 The Asus P8Z77-I Deluxe is a Z77-based mITX motherboard with integrated dual-band Wi-Fi / Bluetooth and plenty of HTPC oriented features with Wi-Fi GO!, including the ability to interact with the PC using a mobile device, making it act as a DLNA media hub and so on. This video from Asus captures the capabilities included in the Wi-Fi GO! feature. Ian will be presenting a detailed review of the P8Z77-I Deluxe. However, in the context of our HTPC testbed, the motherboard fulfills all our primary requirement that at least one free PCIe slot be available for installation of a discrete GPU at a later point in time.

Asus also has a Wi-Di enabled model with an Intel Wi-Fi adapter instead of the Broadcom-based one in the P8Z77-I Deluxe.

We had used the G.Skill Ares kit in our Trinity HTPC testbed, and given the fact that it can run even at 2133 MHz, we decided to use the same model for this system build also. As a refresher, the DRAM runs with a 9-11-10-28 latency configuration. We also decided to use only one module to give the system 4 GB of DRAM. The reason to not go in for 8 GB will be made clear in the next section.

We used one of the old SSDs lying around, the Corsair F120 120GB. Our intent was to use the SSD only for the OS and program files, and leave all the media on a NAS in another location. Installing a hard drive for increased capacity was ruled out because we wanted a silent HTPC. 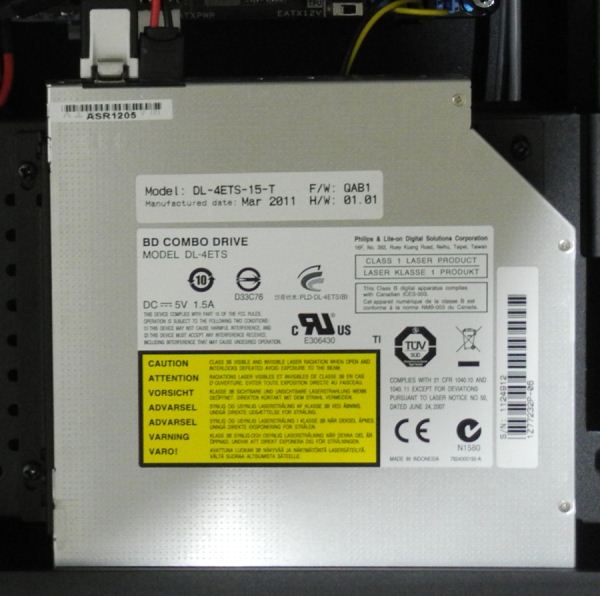 One of the constraints posed by the FC10 chassis was the fact that we could only use a slot-loading optical drive. Despite the fact that we wanted a silent system, we did make one concession and decided to install a ODD in the system. Some of our ASRock HTPC samples are now being used as headless systems for network testing, and we decided to take out a Blu-ray drive (Philips Lite-On DL-4ETS) from one of those and use it in our HTPC testbed.