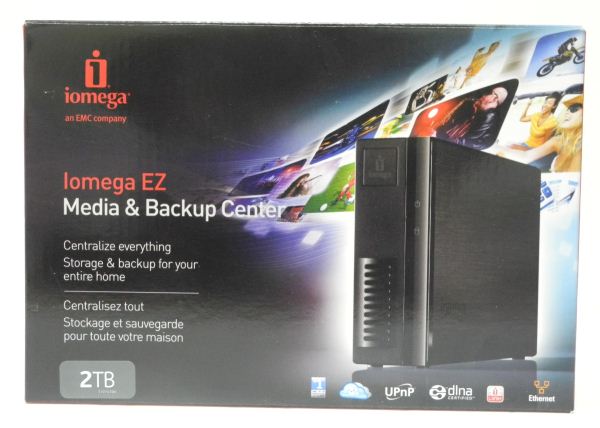 Recently, Iomega's NAS group approached us and introduced their offerings in this space. Iomega has an interesting background in this market. They were bought by EMC in 2008 to make sure that EMC had a play in the consumer and small business markets. Given EMC's strong enterprise background, and the fact that Iomega could leverage EMC assets such as the LifeLine OS for networked storage devices, it is only fair to expect Iomega to be one of the leading players in the SMB / SOHO / consumer NAS space. Despite being popular in the EU market, Iomega seems to be trailing behind other vendors in the US.

Iomega has set out to market the StorCenter lineup better in the US. We had covered the launch of some members in the px2 and ix4 StorCenter lineups recently. Prior to getting our hands on one of those, Iomega offered to send us the Iomega EZ Media & Backup Center to get a feel of their LifeLine NAS operating system. It is not advertised as a full blown 1-bay NAS solution, but more as a network attached hard disk. Iomega stresses the personal cloud nature of the unit (after all, cloud is the hot keyword right now!) and provides smartphone apps to enhance this experience. 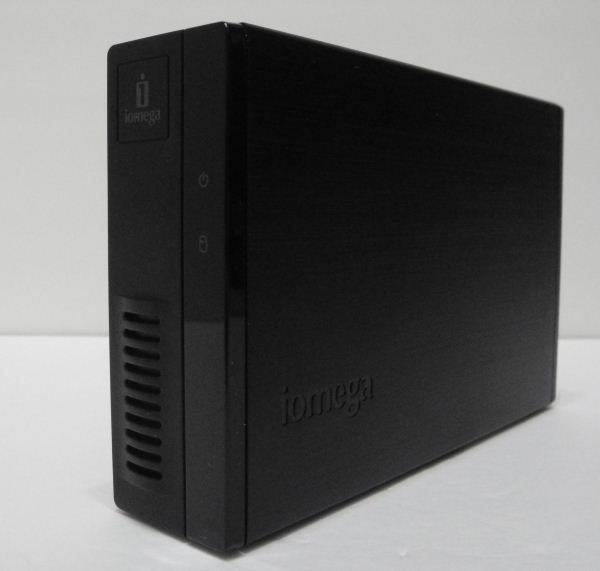 The Iomega EZ Media & Backup Center lineup consists of 1TB, 2TB and 3TB hard disks in an external enclosure with a USB host, GbE and power adapter ports. It is based on the Marvell Kirkwood 6281 chipset. We have already reviewed a number of NAS units based on Kirkwood, including the Synology DS211+, Netgear NV+ v2 and the LaCie 2big NAS. However, all the multi-bay NAS systems use the Kirkwood chipset with higher clocks (6282), while the EZ lineup uses the slower clocked version (6281).

Before going into the review in detail, it is necessary to set expectations right. Potential customers should realize that the Iomega EZ Media & Backup Center doesn't provide data redundancy or availability. At best, it can complement an existing NAS in the network. This is aimed at users who want to add centrally accessible storage to their home network without the cost burden or setup hassles of a full fledged NAS. Even though the unit doesn't provide NAS features, it does include features to create periodic backups of its contents.

Iomega sent us the 2 TB version for review. The package contains the bare necessities to get up and running with the system: 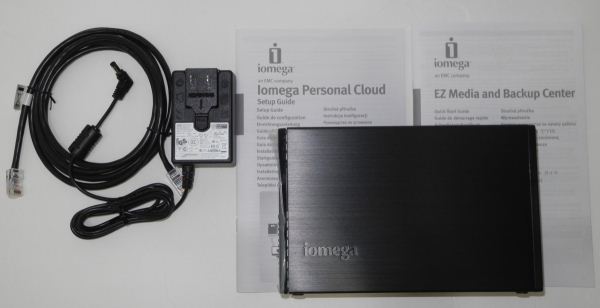 We will first take a detailed look at the hardware inside the unit, followed by some setup impressions. A section will be devoted to the Intel NASPT benchmarks. In the final section we will discuss miscellaneous factors such as noise and power consumption before summarizing the pros and cons of the unit.