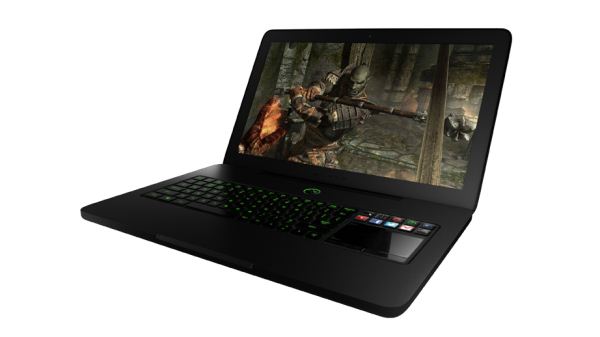 Earlier this year, I took a look at Razer’s first foray into gaming systems, the Blade notebook. I came away pretty impressed overall, particularly with the level of design and engineering polish. Considering it was their first notebook product, they got a lot of things right, but there were a few missteps. It was a relative lightweight when it came to performance - with only a dual-core Core i7 and Nvidia GeForce GT 555M graphics, it couldn’t really be considered on the same performance plane as the ASUS RoG and Alienware notebooks, not to mention the powerhouse systems from Clevo. And there were some fundamental issues with the Switchblade UI panel. It was a cool idea, but it was really, really buggy, and though it had the “wow” factor, it didn’t have that much utility even when it wasn’t crashing all over itself. Also, at $2799, the Blade was priced out of the realm of reality. Even so, Blade sales were brisk (their first run sold out in 30 minutes, though no word on volume) and established Razer as a serious hardware manufacturer.

Razer has set about fixing the issues we had, and a year after the original Blade was announced, they’re releasing the second generation Blade. It’s better in every conceivable way - they’ve seriously upped the performance quotient, with a quad-core IVB quad, a GTX 660M, and a 500GB hard drive paired with a 64GB SSD cache. I’m a little bit disappointed by the switch from full SSD storage, but with the size of games these days I completely understand the need for more than 256GB of disk space, and with a cache of 64GB, there’s enough space for Intel’s Smart Response caching tech to store basically everything. The biggest change in addition to the performance is the price drop, to $2499. It’s still not cheap, but when you consider the major performance upgrades, the value proposition is definitely improved. 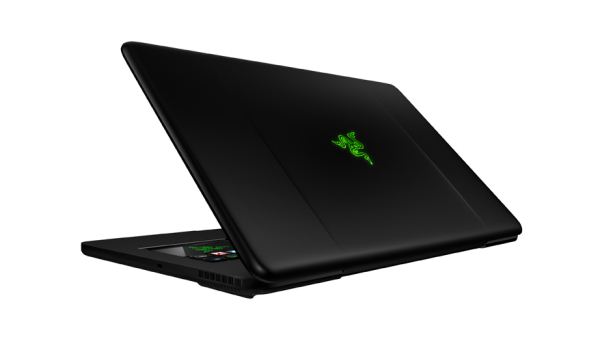 The industrial design has remained predominantly the same, and the gorgeous 17.3” 1080p display is still there, so the parts about the first Blade that we love are for the most part untouched. To fit all of this into the Blade’s 6.4 pound, 0.8” thick frame, Razer needed to redesign the cooling system, and in the press images we can see some definite changes to the lower venting near the rear of the system. Other changes include a third USB 3.0, redesigned mouse buttons, and a Switchblade UI that’s said to be significantly improved. Razer has been rather aggressive in pushing new content and updates to Switchblade, so it’s gotten better in the six months since I had the Blade.

We’re going hands on with it later today at PAX Prime, and I'll update then with hands-on-post.