Preparing for the iPhone Next: Rumors Analyzed

While we typically don't comment on rumors we don't know to be true at AnandTech, we often get requests to help set rational expectations ahead of major iDevice launches. The shroud of secrecy around major Apple launches can pave the way for both sensible and unrealistic conclusions.

Apple is largely expected to launch its sixth iPhone next month. The historical cadence of design, SoC, and cellular changes are in the table below:

Based on historical trends alone it's pretty easy to conclude that we'll see a 4th generation chassis, a pair of ARM Cortex A9s and a PowerVR SGX 543MP2 under the hood. Add the assumption of LTE (a reasonable one to make) and you have a pretty believable story. It turns out the currently available evidence helps corroborate this, but let's dig through what's out there to see how this all fits.

The chassis is largely a known quantity by this point. Enough examples out of China have surfaced to support the current working theory of a 4-inch diagonal (16:9) display in a slightly taller chassis with roughly the same width. Put simply, it's a new taller aspect ratio, which also has the consequence of including a larger 4-inch, 640 x 1136 display. The result is a change only in one dimension for developers to worry about. 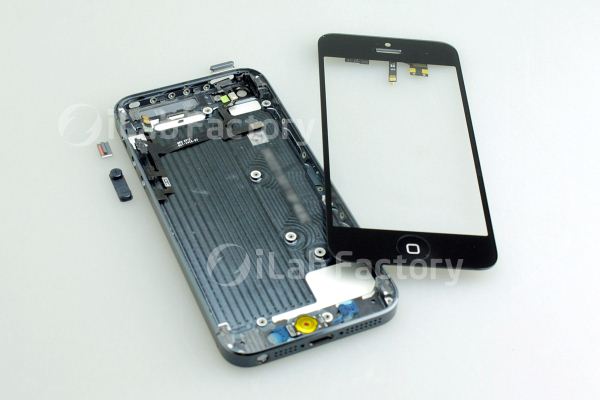 The other big rumored change is a move from on-cell touch sensing (which places the drive and detect ITO layers above the LCD assembly) to an in-cell touch solution. In-cell being the operative word because the drive layers are integrated into the LCD gating (or use it natively), or on the color filter layer. There's some debate about what counts as on-cell and in-cell that isn't quite settled, but ultimately what it boils down to is a thinner display stack that will contribute significantly to the reduction in overall device thickness that is rumored for the upcoming iPhone.

While the industrial design remains quite similar at a high level, there do appear to be some major changes. Where the 4 and 4S designs used front and back glass with an external metal band for support, the leaked designs out of China feature a metal unibody construction with cutouts for RF windows at top and bottom. There's enough evidence of this from the CNC machine marks visible on examples, and moreover moving to a larger form factor requires a beefier chassis. 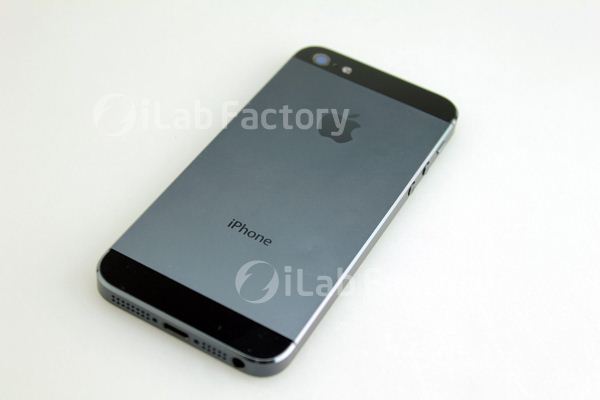 With top and bottom RF windows (which appear to be glass) there shouldn't be any implications on antenna performance for cellular. If you followed our coverage of the evolution of Apple's cellular antenna design from the iPhone 4 GSM, to 4 CDMA, to 4S, you'll notice that this is a clear next step, largely inheriting the top/bottom antenna split from the 4S which fully mitigated deathgrip. Interestingly enough the exterior band appears to have a different chrome finish rather than the matte stainless steel of previous designs. 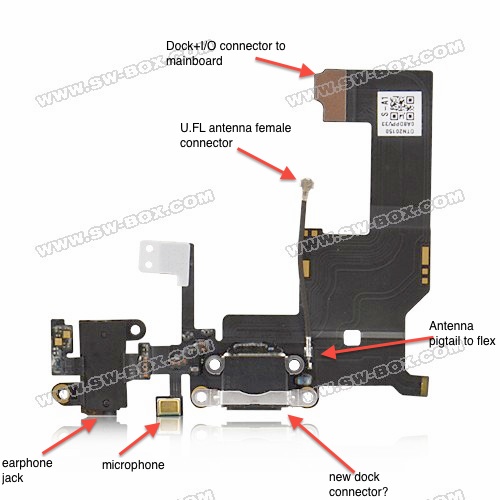 Other things like moving the 3.5mm headphone jack to the bottom of the device and the mini 9-pin dock connector are fairly well corroborated by leaks with components that all fit together inside the case. Interestingly enough, parts indicating the mini dock connector and relocated headphone jack have been circulating for nearly 4 months.