Last year when I wrote about the new MacBook Airs I offered two forward looking paragraphs:

What happens from here on out is what's really interesting. Intel has already committed to moving the TDP of its mainstream parts from 35W - 45W down to 10 - 20W. Since the Air is the new mainstream Mac notebook, Apple has already made that move. The performance in this 10 - 20W segment is going to get much better over the next two years, particularly once Haswell arrives.

The Thunderbolt Display is the first sign of what's to come. Moving IO controllers and expansion into the display, and potentially even moving discrete GPUs out of the notebook are all in store for us. Apple is really ahead of the curve here, but it's easy to imagine a future where laptops become a lot more like the new Air and shift to a couple high bandwidth ports instead of numerous lower bandwidth connections.

Perhaps I was being too aggressive in the prediction of a couple of high bandwidth ports. After all, the next-generation MacBook Pro with Retina Display features four such IO ports (2 x Thunderbolt and 2 x USB 3.0). But you get my point. Gigabit Ethernet and Firewire 800 are both gone. The discrete GPU is still present but I suspect even its days are numbered, at least inside the chassis. The personal computer as we knew it for so long, is changing. 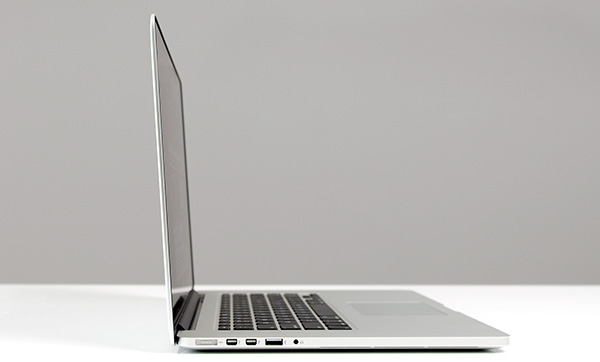 The personal computer is getting thinner, lighter, more integrated and more appliance-like. The movement is no longer confined to just Apple either. The traditional PC OEMs are following suit. Even Microsoft has finally entered the PC hardware business, something it threatened to do for years but hadn't until now. Distribution models will change, the lines between different form factors will continue to blur. What was once a mature industry is going through a significant transformation. It’s exciting but at the same time it makes me uneasy. When I first got into this industry everyone had stories of companies with great ideas that just didn’t make it. As we go through this revolution in computing I’m beginning to see, first hand, the very same.

Apple makes the bulk of its revenue from devices that don’t look like traditional personal computers. For the past couple of years I’ve been worried that it would wake up and decide the traditional Mac is a burden, and it should instead be in the business of strictly selling consumer devices. With its announcements two weeks ago in San Francisco, I can happily say that my fears haven’t come true. At least not yet.

It’s been a while since Apple did a really exciting MacBook Pro launch. Much to my surprise, even the move to Sandy Bridge, the first quad-core in a MacBook Pro, was done without even whispers of a press conference. Apple threw up the new products on its online store, shipped inventory to its retail outlets, updated the website and called it a day. Every iPhone and iPad announcement however was accompanied with much fanfare. The MacBook Pro seemed almost forgotten.

With its WWDC unveil however Apple took something that it had resigned to unexciting, dare I say uncool status, and made a huge deal about it. Two weeks ago Apple did the expected and offered relatively modest upgrades to all of its portable Macs, all while introducing something bold.

Apple calls it the MacBook Pro with Retina Display. You’ll see me refer to it as the next-gen MacBook Pro, Retina MacBook Pro, rMBP or some other permutation of these words. 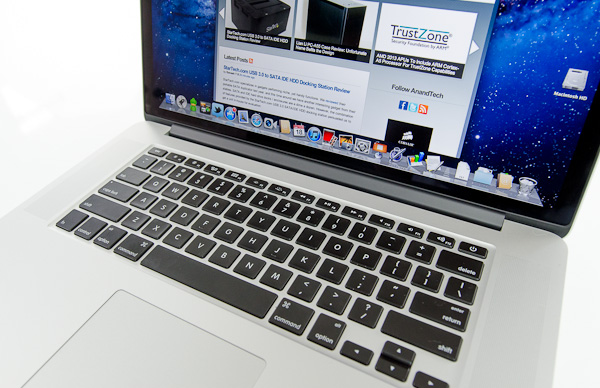 After using it for the past two weeks I can honestly say it’s the best Mac Apple has ever built. And there’s a lot more to it than hardware. 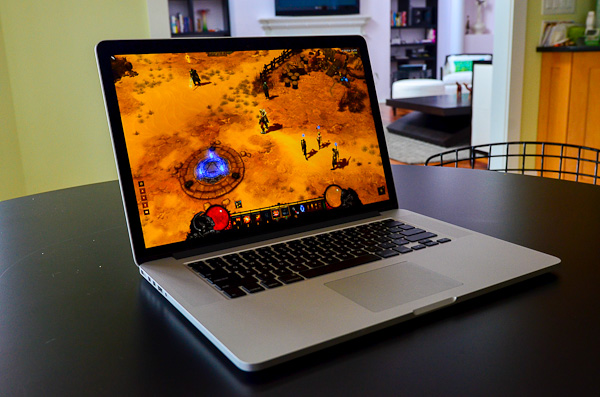 If you were hoping for a 15-inch MacBook Air, that’s not what the rMBP is. Instead it is a far more portable 15-inch MacBook Pro. I have to admit I was a bit let down the first time I laid eyes on the next-gen MacBook Pro, it looks good but it doesn’t look all that different. The disappointment quickly faded as I actually picked up the machine and started carrying it around. It’s not ultra light, but man does it make the previous chassis feel dated. 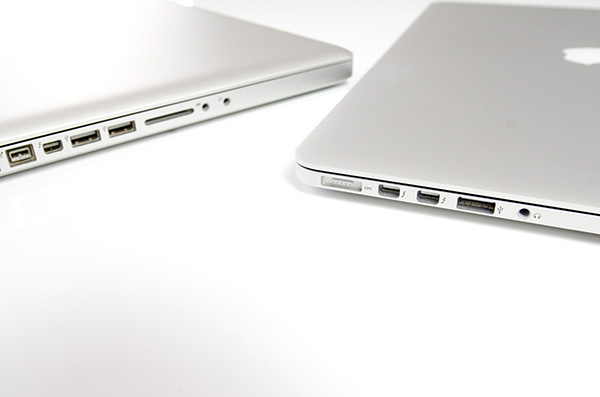 While I never really liked lugging around the old MBP (and it always made me feel like the old fogey at tradeshows where everyone else had something 13-inches or smaller), carrying the rMBP is a pleasure by comparison. Pictures really don’t do it justice. The impressively thin display assembly or overall chassis thickness look neat in a photo but it’s not until you actually live with the rMBP that you can appreciate what Apple has done here. I carry around a 15-inch MacBook Pro because it’s my desktop, and as such it’s incredibly useful to have with me when I travel. For my personal usage model, the Retina MacBook Pro is perfect.

If your workload demands that you need the performance of a MacBook Pro and your lifestyle requires you to carry it around a lot, the reduction in thickness and weight alone will be worth the upgrade to the rMBP. If you spend most of your time stationary however, you’ll have to be sold on the display and internal characteristics alone. The bad news is if the design doesn’t get you, everything else will.