Like Windows 7, the Lion installer creates a small hidden system partition on your hard drive - in Lion, this recovery partition is to be used in lieu of your install CD in the event that you need to run diagnostics or reinstall your OS (if you burned Lion to a DVD, booting from it will get you the same interface and tools as the recovery partition, so pay attention). This partition is normally hidden from the end user in the Finder and Disk Utility, but is selectable when pressing the alt/option key at boot (and visible in System Profiler as a 650MB partition on your hard drive).

From the recovery partition, you can run Disk Utility, the Terminal, the Network Utility, and the Firmware Password utility, you can connect to wireless networks and launch Safari, and you can also restore your Mac from a Time Machine backup. The Safari option is a new one, but otherwise these tools should look familiar to anyone who has installed OS X before. 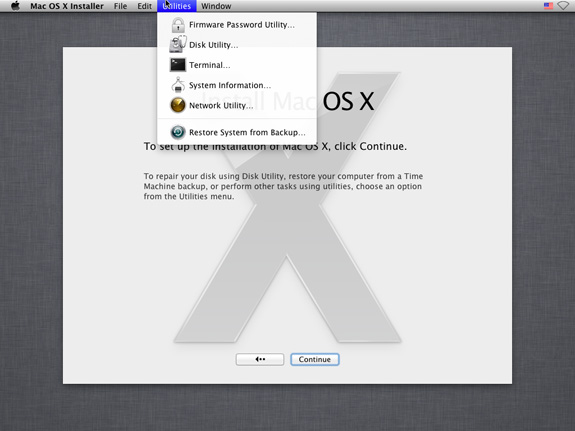 Missing from this list are the System Profiler and the Password Reset utility - I don’t know why the former is gone, but the latter is presumably missing for security reasons, since basically anyone armed with the Password Reset utility and physical access to your machine can change any local account’s password at will. To replace the functionality of this tool, Lion now gives you the option to recover your account password if you associate it with your Apple ID, which should work fine for most individuals (though perhaps not so much for system administrators).

If you didn’t burn a disc as outlined previously, the recovery partition also gives you your only option for a clean install of Lion - erase your hard drive using Disk Utility and then elect to install a fresh copy of Lion. At this point, you will be prompted for your Mac’s serial number, which is then communicated to Apple, and if it clears your Mac will re-download (sigh) and re-install the OS. This serial number check is OS X’s first real implementation of what anyone could call activation, though it’s worth noting that if you install Lion from a .DMG copied to another disk, the OS will still install without any checks.

The last thing the recovery partition is used for is to store FileVault information, which we’ll talk more about later on in the review.

Once the installer is complete, people who did an upgrade install will be able to start using Lion pretty much immediately - aside from the (optional) registration form, there’s not really anymore to it. People who did a clean install (or who have new Macs preloaded with Lion) will be taken through the standard first-time setup process, which is mostly identical to that of OS X versions past with a couple of changes: first, the customary OS X welcome movie has been completely removed (possibly in another effort to save on download size). Second, users are now given the option to associate their Mac with an Apple ID, and to give that Apple ID the ability to recover their local account password. Last, on Macs with multitouch-enabled trackpads and mice, the OS literally forces you to use a two-fingered scrolling gesture to click the “Start Using OS X” button. How’s that for pushing new features? 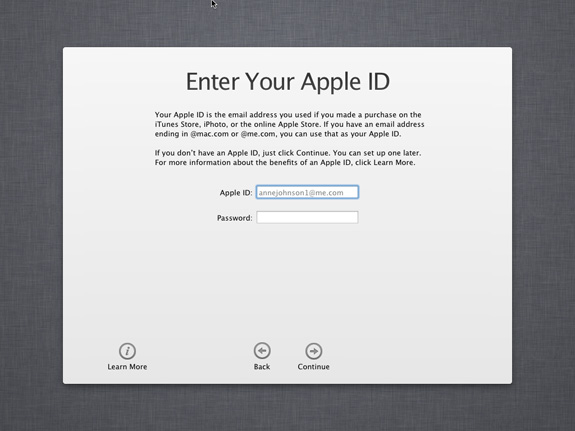