Although its name indicates otherwise, one of the most noticeable features about the JumpDrive Secure II is its sleek construction.  Lexar has quite possibly put together the best form factor for those who want a reasonably sized device that isn't easy to lose, yet don't want the bulkiness of something like a DataTraveler Elite or Lexar's own JumpDrive Lightning. 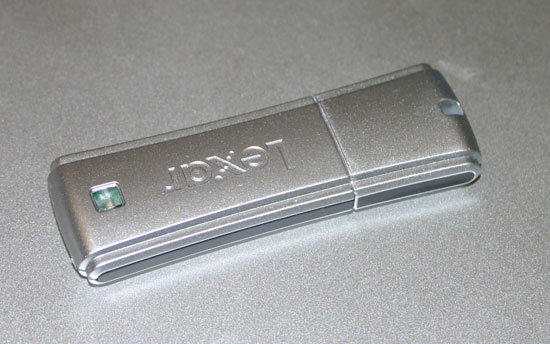 The construction of the plastic drive is top-notch, easily comparable to Kingston's offerings, and the sides of the drive are curved slightly inwards very similar to the case of Microsoft's Xbox 360.

The drive itself is about average length, but the biggest selling point of the JumpDrive Secure II's form factor is its thickness - or relative lack thereof.  The drive is reasonably thin, and its design minimizes the thickness to make the drive appear smaller than it actually is.  At its thickest point, the JumpDrive Secure II is comparable to SanDisk's cruzer mini. 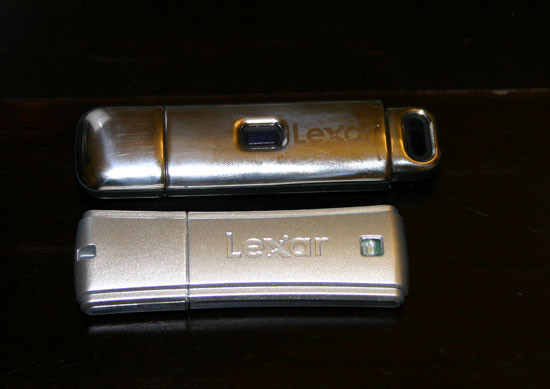 But, we'll get to that in a moment. First, it is time to take a look at Lexar's new Windows XP/OS X security software.