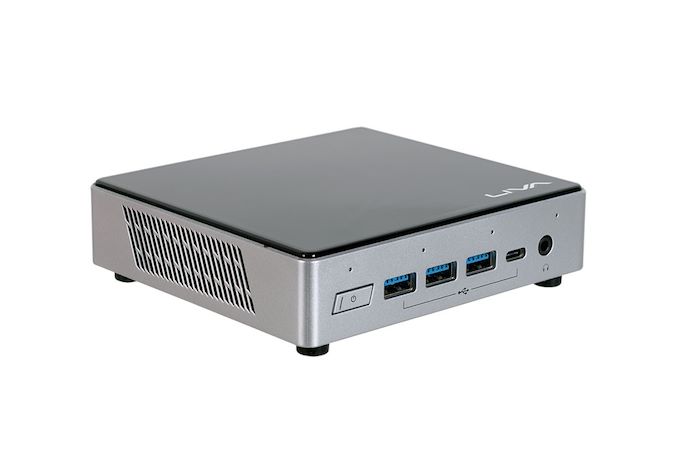 ECS is a well-known OEM in computing circles, known for building motherboards, computers, and industrial / embedded systems for other vendors. Some of their motherboards and small form-factor PCs are marketed under their own brand name - for example, their LIVA series of ultra-compact form-factor (UCFF) machines serves markets that are not directly addressed by the Intel NUCs. At the 2020 CES, the company introduced the LIVA Z3 Plus and LIVA Z3E UCFF machines based on the Comet Lake-U processors from Intel. The Z3 Plus has four variants - two based on Core i7 processors and one each based on the i5 and i3 SKUs. ECS sampled the pre-built Core i5-based LIVA Z3 Plus offering available in the North American market to put through our evaluation process. This review takes a look at the performance and value proposition of the product against the other choices in the market.

A resurgence in the small form factor PC market has been seen in the last few years, thanks in no small part to ultra-compact form-factor (UCFF) and gaming systems. Intel's NUC line-up has been ruling the roost, prompting ASUS, ASRock, ECS, GIGABYTE, and Zotac to introduce their own 'NUC clones'. The LIVA series from ECS initially started off with the Atom-series CPUs in an attempt to create NUC net-tops. Over the years, the company has expanded to introduce models based on the Core series and also experimented with small form-factor variations to breathe fresh air into the line-up.

Towards the end of 2018, we had reviewed the LIVA Z2 and the Intel June Canyon NUC based on a Gemini Lake processor with the Goldmont (Atom) architecture. Fast forward a couple of years, we now have the LIVA Z3 Plus going head-to-head against the Intel Frost Canyon NUCs. In the LIVA Z2 review, we had noted the passively cooled nature of the ECS system as a big differentiation over the comparative Intel NUC. In the LIVA Z3 Plus, however, there is a lot less differentiation compared to the same generation of Intel Frost Canyon NUCs. We will have more discussion on the comparison points throughout this review. 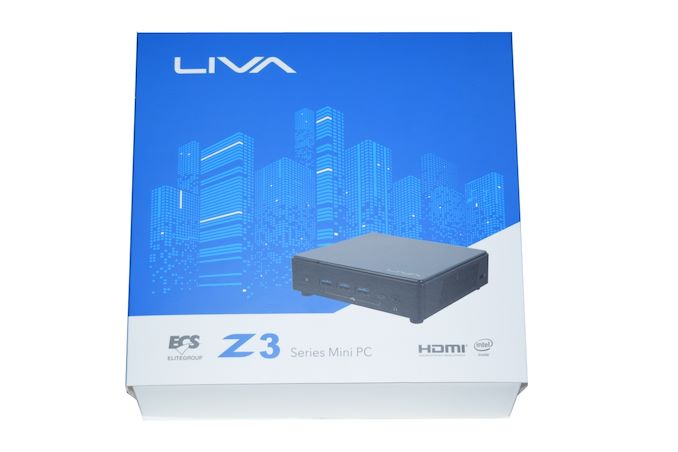 ECS has four CPU variants of the LIVA Z3 Plus, but only the i5 version is available in the North American market. This SKU uses the Core i5-10210U processor and comes with 4GB of RAM and a 128GB SSD. Disregarding the RAM and SSD, the LIVA Z3 Plus goes directly against the NUC10i5FNK barebones in the UCFF market. 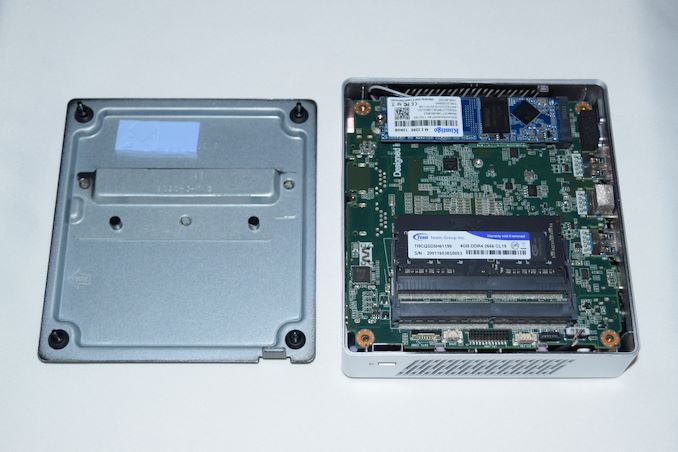 The LIVA Z3 Plus has dimensions of 117 x 128 X 35 mm compared to the NUC10i5FNK's 117 x 112 x 38mm. The slightly larger footprint with a smaller Z-height allows the LIVA to sport a sleek look and also have well-spaced out I/O ports. As is typical in machines with this form-factor, the Core i5-10210U comes soldered in the main board. It is a quad-core octa-threaded (4C/8T) processor with a nominal TDP of 15W, but capable of operating in the 10 - 25W range.

The specifications of our ECS LIVA Z3 Plus review configuration are summarized in the table below.

The ECS LIVA Z3 Plus kit doesn't come with any pre-installed OS, but the drivers can be downloaded from the ECS support site for the product. In addition to the main unit, the other components of the package include a 90 W (19V @ 4.74A) adapter, a US power cord, and a VESA mount (along with the necessary screws).

The table above has an overview of the various systems that we are comparing the ECS LIVA Z3 Plus against. Note that they may not belong to the same market segment. The relevant configuration details of the machines are provided so that readers have an understanding of why some benchmark numbers are skewed for or against the ECS LIVA Z3 Plus when we come to those sections.

Intel's Comet Lake-U processor has a wide variety of IO configurations, and we start withthe configuration used on the LIVA Z3 Plus board by ECS. 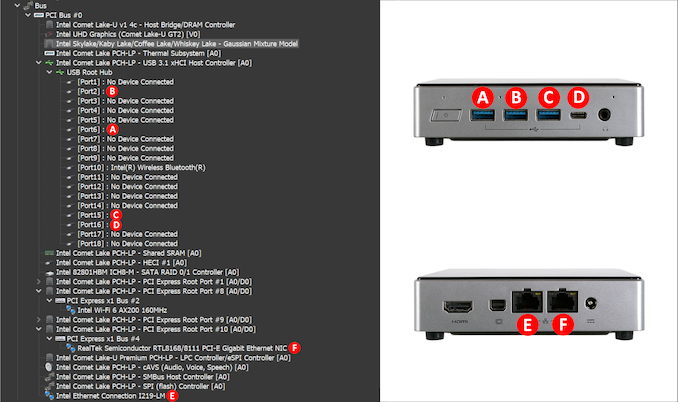 All the four USB ports in the front panel are behind a single root hub, and they all operate at USB 3.2 Gen 1 (5Gbps) speeds. One of the USB ports in this hub also connects to the WLAN card for Bluetooth functionality. The i219-LM network port is directly from the processor, while the Realtek RTL8111 solution interfaces using a single PCIe lane. Another PCIe x1 lane is used by AX200 WLAN solution. Since the M.2 slot is occupied by a SATA SSD, we do not have the details of the PCIe lanes routed to it in the above configuration diagram.

In the remainder of this review, we will first look at BAPCo's SYSmark 25, followed by various UL benchmarks and miscellaneous workloads. We also present some storage and networking performance numbers. A detailed look at the HTPC credentials of the system is followed by testing of the power consumption and thermal solution.