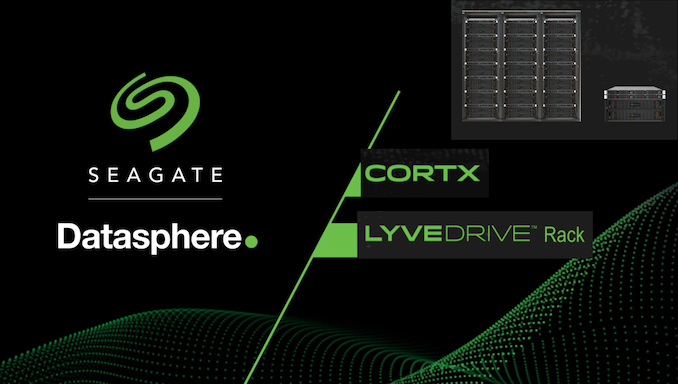 Seagate has unveiled CORTX, an open-source S3-compatible object storage software, today at their Datasphere virtual event. The source for this software-defined-storage (SDS) platform is hosted on Github. Seagate has also organized a group of open source researchers and developers in this space under the 'CORTX Community' moniker. As part of the Github repository, Seagate is providing a pre-built virtual machine image that enables users to get a quick start with testing.

Seagate is a hardware vendor at its core, and as part of the CORTX initiative, it is also introducing the Lyve Drive Rack - a reference architecture supported by Seagate and available later this year with 20TB HAMR drives.

The Lyve Drive Rack is expected to serve a variety of use-cases including backup/restore, big data and analytics, AI & ML, file sharing and synchronization, as well as video surveillance. Each rack node can support up to 106 drives, and a cluster can scale up as necessary.

It makes sense for Seagate to open source CORTX, as it helps them push support for emerging hardware upstream to drive up adoption rates. It is better for the community as a whole, as there is no vendor lock-in with proprietary architectures. It essentially eliminates object softwre licensing costs from the datacenter stack. Private cloud infrastructure also receives a fillip, with the capabilities and capacities available with the hyperscalers becoming more accessible.