The NZXT N7 Z490 Motherboard Review: From A Different Direction

If you are familiar with NZXT's previous N7 motherboards, the N7 Z490 follows a very similar aesthetic with near full-cover armor plating hiding the black PCB. In a move which looks down to reducing the overall cost, one of the complains on the Z390, NZXT has opted for a metal and plastic cover as opposed to the full metal cover. The NZXT N7 Z490 is an ATX sized model, with the armor plating and large power delivery heatsink combining to create a fairly seamless design. It should also be noted that the NZXT N7 Z490 is also available in white, which reminds me of the stylings of the ASUS TUF Z97 Mark S which we reviewed over six years ago. 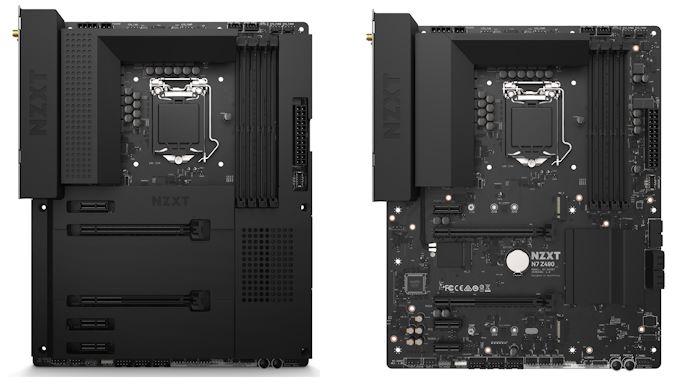 Looking at the NZXT N7 Z490 side by side with the armor on and off, it clearly covers the majority of the board. The N7 in itself doesn't include any integrated RGB LED lighting, but NZXT has added an RGB and fan controller which can be controlled using its CAM software. Users can add their own RGB LED strips via two NZXT RGB LED, one 12 V RGB LED, and one 5 V addressable RGB header. For cooling, the N7 Z490 has seven 4-pin headers which are divided up into one for a CPU fan, one for an AIO pump, and five for chassis fans. Located in the bottom right-hand corner is a basic overclockers toolkit which consists of a reset and power button pairing, with four POST LEDs to allow users to diagnose POST issues. 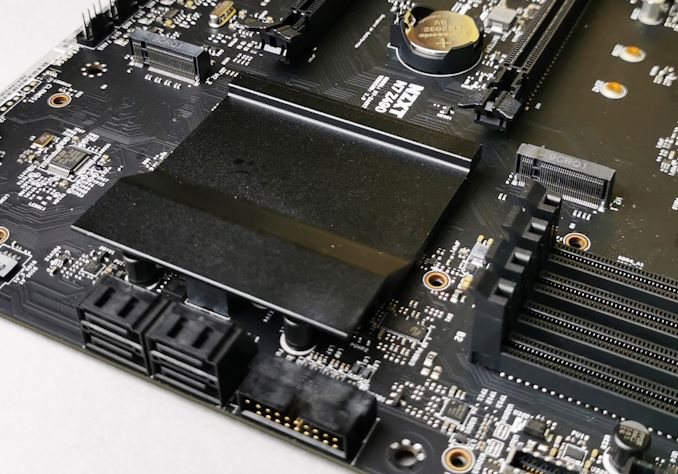 In the top right-hand corner are four memory slots with the capability to install up to 128 GB, with maximum supported speeds of DDR4-4266. In the storage department, NZXT includes two PCIe 3.0 x4 M.2 slots, with one featuring support for both PCIe 3.0 x4 and SATA drives which is located along the bottom. In regards to SATA, there are just four right-angled SATA ports along the bottom `right-hand side of the board, with support for RAID 0, 1, 5, and 10 arrays. 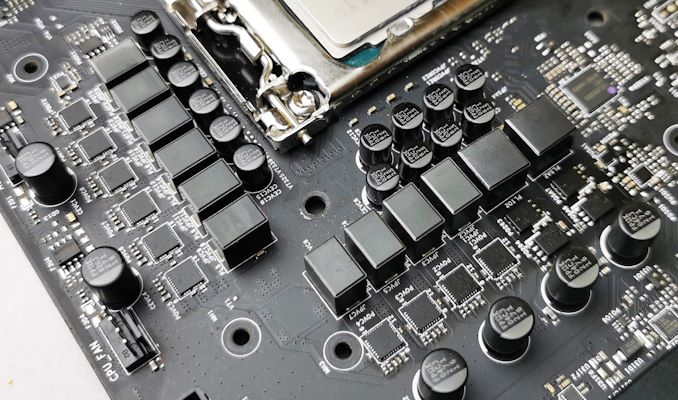 The NZXT N7 Z490 is using a 10-phase design for the power delivery, which is being controlled by an Intersil ISL69269 PWM controller. It is operating in an 8+2 configuration, with eight Vishay SiC632A 50 A power stages for the CPU VCore, and two Vishay SiC632A 50 A power stages for the SoC. For the board's VCCSA, the N7 Z490 is using an Intersil RAA220001 driver, with a Sinopower SM4337 high-side and Sinopower SM4436 low-side MOSFET pairing. The VCCIO uses the same MOSFET configuration but is instead controlled and driven by an Anpec APW8828 controller. 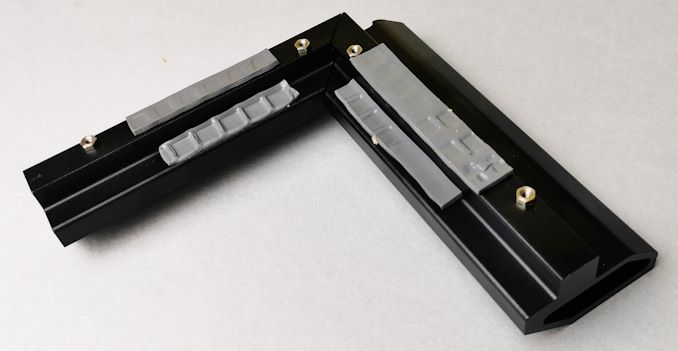 Keeping the power delivery cool is an L-shaped heatsink, which is hollowed out to allow airflow in. The heatsink itself doesn't include any fins for passive airflow to catch, so it relies solely on airflow being directed down the hollowed out channel. Despite not including a fin array, the mounting between the heatsink and the power delivery is solid, with very good impressions on the thermal pads.

Looking closer at the audio section of the PCB, it is using five Nichicon fine gold series audio capacitors, which are assisting the premium Realtek ALC1220 HD audio codec. The codec itself doesn't include any EMI shielding, but the audio PCB is separated from the rest of the board's componentry. 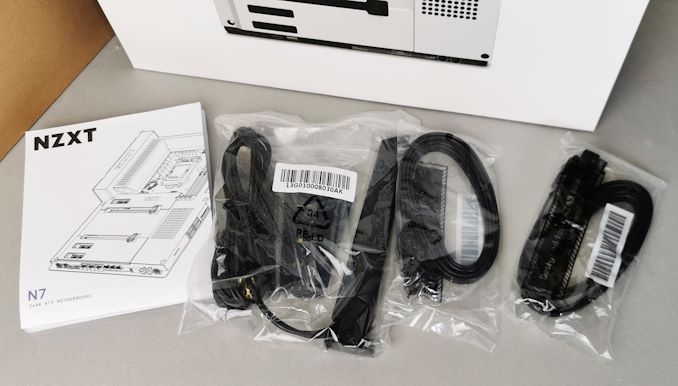