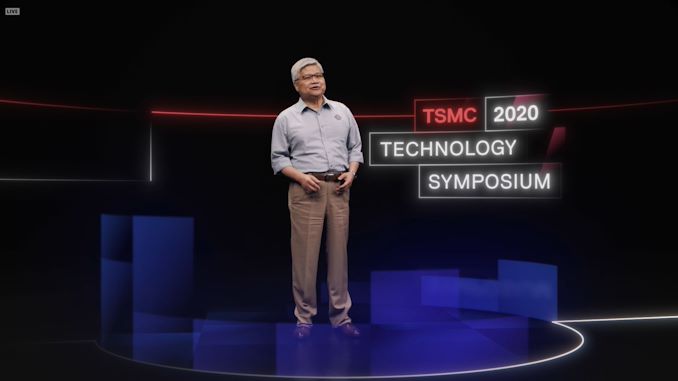 Most of the time when we speak about semiconductor processes, we are focused on the leading edge of what is possible. Almost exclusively that leading edge is designed for logic circuitry where performance and power efficiency are key drivers of pushing the boundaries, but also there’s a strong market in it. Other markets use semiconductor technology where there are other factors to consider: power, analog capabilities, voltage, and memory, all use semiconductor fabs but they are rarely at the leading edge. Nonetheless, the pureplay foundry businesses aims to offer enough technologies and features to cater as needed, along with driving which markets can use which technologies. At TSMC’s Technology Symposium this week, the company gave is a holistic view of its offerings. 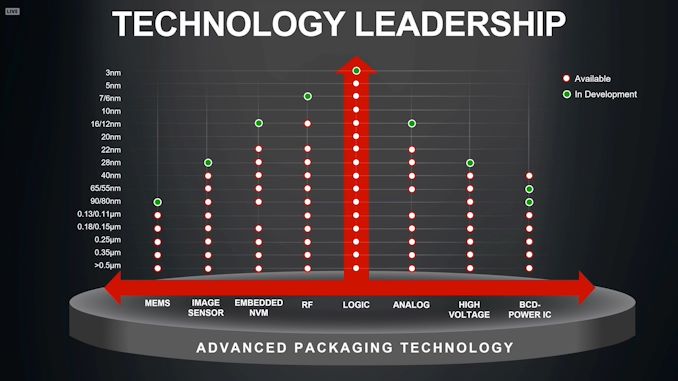 As always, the key central pillar is logic. It also contributes most to revenue, and helps drive the rest of the company, so it’s an important arm of the business. Here TSMC offers all the way up to 5nm, which is currently in high-volume manufacturing ready for the first products by the end of the year. Companies that have 5nm products planned for this year and early next year already have test chips in house built on 5nm. The 3nm node is currently in development.

RF (radio frequency) silicon, used in modems, often sits on the right hand of logic given its importance in the smartphone and mobile connectivity space. Companies have to decide whether to combine logic and RF onto a single monolithic design, or offer logic and RF on separate connected dies. As it stands, TSMC’s RF capabilities have already shown some RF solutions on the leading nodes, but TSMC still very much sees this as a work in progress. At the current time, TSMC is developing its N6 RF technologies for discrete RF solutions. 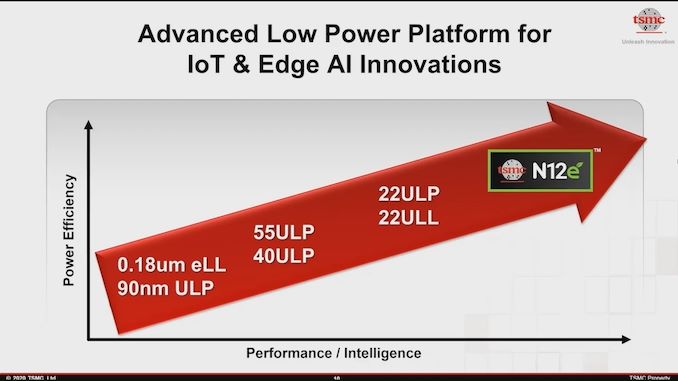 For analog, TSMC has offerings on 22nm (22 Ultra-Low-Leakage), and is currently in the process of developing its N12e (efficient) offerings for this space. N12e will be a dedicated process node covering a lot of the IoT space as well. 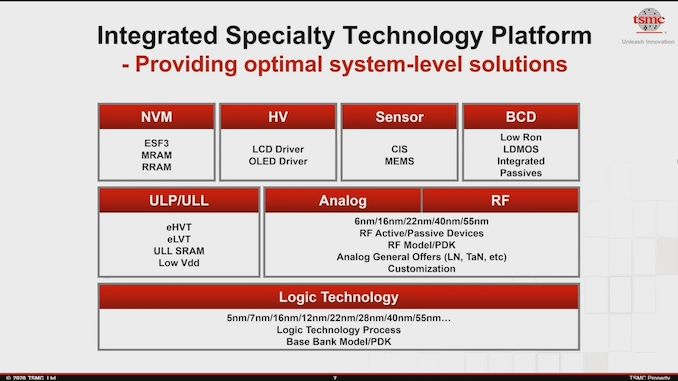 Other highlights include TSMC’s CMOS Image Sensing (CIS) nodes, which a number of high-profile camera sensor modules use. Moving from 40nm to 28nm will allow TSMC to offer 0.7 micron pixels and increase overall image sensor size, with TSMC expecting to work with partners to offer 100 megapixel sensors in 2020. On the MEMs side, TSMC is moving from 8-inch wafers to 12-inch wafers, and for High Voltage applications TSMC is investing in its Wafer-on-Wafer bonding options at 28nm.

TSMC calls its non-logic business as its ‘specialty’ portfolio, which it says has increased in revenue at 17% CAGR since 2014. Its own capacity for specialty technology has grown 10% Year on Year when comparing equivalent wafer starts, and specialty products now account for 54% of the company’s production on 28nm and above.