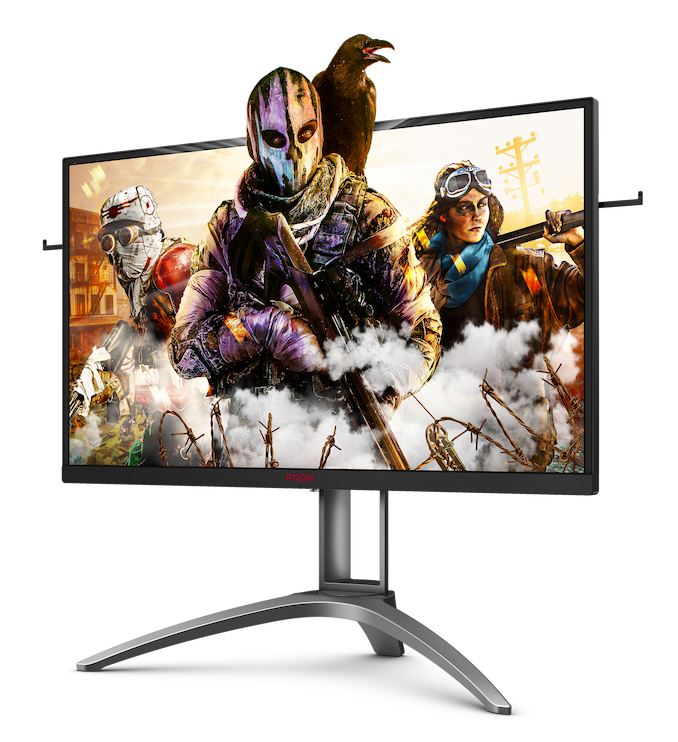 The 27” AG273QXP is the more interesting release today as this is the company’s first ever FreeSync compatible 1440p 165Hz IPS offering, representing a notable and more versatile offering versus the G-Sync-only AG271QG from 2017. AOC switches up display panels and adopts for the first time a new LG NanoIPS unit which offers considerable upgrades such as a move to 1ms GtG response times. 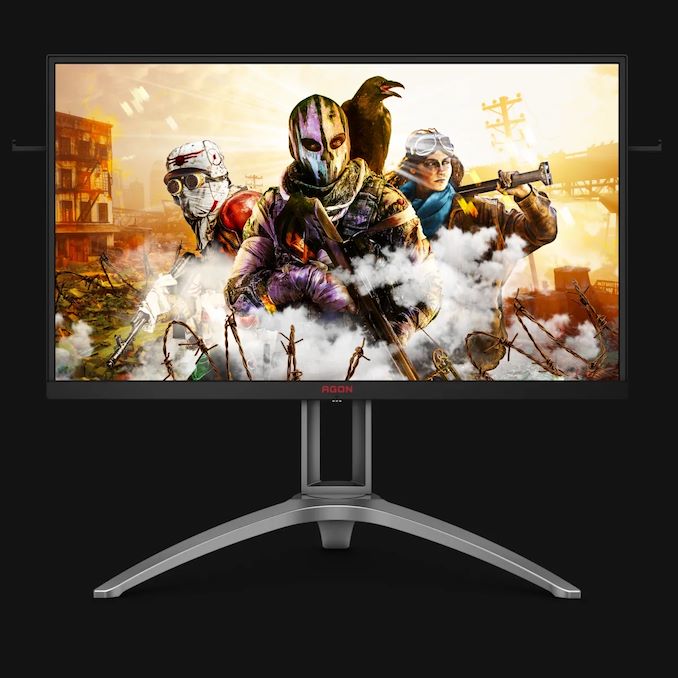 The 16:9 2560 x 1440 resolution display furthermore offers outstanding gamut characteristics covering up to 133% of sRGB and 98% of AdobeRGB and DCI-P3 gamuts. The new panel also allows the screen higher brightness levels, now reaching up to 350cd/m². Contrast ratio is at a common figure of 1000:1, in line with other IPS displays.

It’s to be noted that the display lacks any HDR certification, but is HDR ready in that it’s able to convert and display a HDR signal, although without the specular highlight retention. 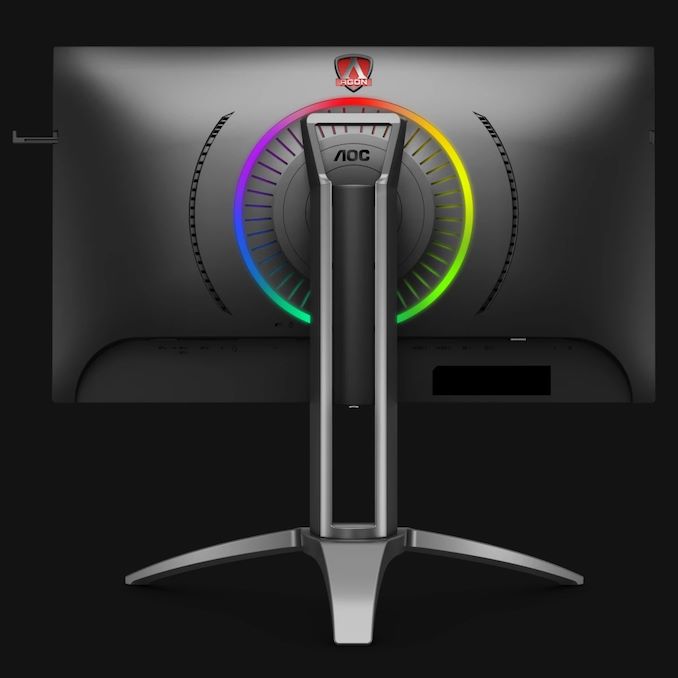 Being a gaming-branded monitor, we naturally see a gaming-oriented design, with an unusual elevated three-foot stand that might not be to everybody’s preference in terms of space usage. The stand does offer adjustments options in all the expected directions such as pivoting, rotation, swivel and tilt, and if you wish do employ your own stand, the monitor has a 75mm VESA mount support. The back of the monitor features RGB ambient lighting.

Connectivity-wise, we see two DisplayPort 1.4 ports and two HDMI 2.0 ports, as well as a USB-hub capability with two USB 3.2 ports, alongside a 3.5mm headphone jack output. The monitor features no speakers. 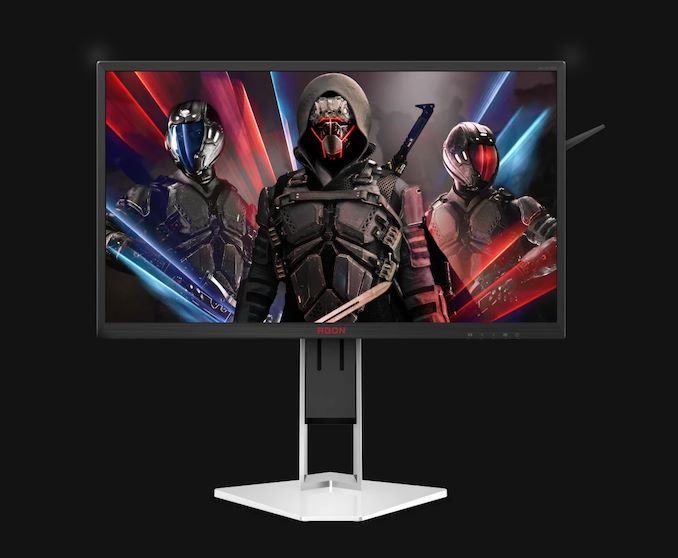 The other monitor released today is the new AG251FZ2E, the new monitor is a refresh and successor to the original AG251FZ that was released in 2017 and the 2019 update, the AG251FZ2. This means that like its predecessors, this is a 240Hz 1920 x 1080 TN-panel display which comes with both the traditional strengths and weaknesses. Strengths of course are the monitors fast response-times, which can be decreased from 1ms GtG to 0.5ms with help of black frame insertion thanks to a strobing in-sync backlight.

The new model improves the stand with a more robust and compact foot that is able to save on desk space.