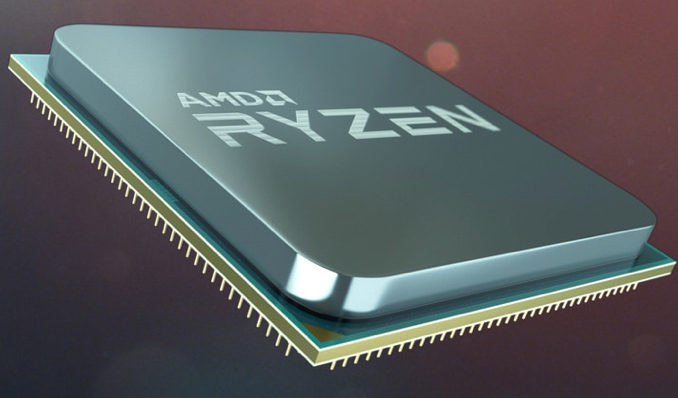 If one were critiquing AMD’s current line of Zen 2 processors, one of the things to note is that the cheapest option is $199, for the six-core Ryzen 5 3600. This puts the latest hardware from AMD out of reach for anyone building a gaming $900 system or below. In order to redress this balance, AMD is set to launch two new quad core designs in May, starting at $99. The new Ryzen 3 hardware will each feature one Zen 2 core chiplet, run at up to 4.3 GHz, and offer PCIe 4.0 connectivity.

A few years ago, the quad core processor was at the top of the market, and you would need $500 for one. When AMD started launching its quad core parts for as little as $99, the market became interested in what would become the new normal. These new Ryzen 3 parts from AMD, the new low-end quad cores, are helping define that normal, especially with high frequencies and taking advantage of the latest features such as high-speed DDR4, Zen 2 levels of IPC at high frequencies, and PCIe 4.0.

This is all well and good, and AMD has plenty of options at these price points to compete against Intel, however AMD’s biggest competition is going to be with itself. At these prices, $105 and $120, there are a number of AMD processors from the previous generations on offer that might be more appealing. For example, the 12nm+ version of the Ryzen 5 1600, called the ‘AF’ because the processor descriptor ends in AF, has slightly lower frequencies and IPC but has six cores and is only $85. Users will have to decide between more cores for throughput with the 1600AF, or more frequency/IPC with the 3100 for $15.

Not only this, but we are also awaiting the launch of AMD’s new APUs, called Renoir, for the desktop space. The performance of these parts at 15 W, a quad-core Zen 2 up to 4.3 GHz with Vega8 graphics (and no extra latency due to the chiplet) is going to be a compelling option when it moves to 65 W on the desktop. As a result, we might see the Renoir processors priced above the Ryzen 3, in that $125-$190 area that AMD currently doesn’t have any Zen 2 processors in.

For the rest of the year it seems there’s going to be some interesting competition in this low cost space. Intel also has Comet Lake-S on the horizon we believe, taking another crack at 14nm, and these new Ryzen 3 products might result in some interesting line-ups due to price.

We're expecting to get these CPUs in for testing sometime soon. They are set to be launched in May.

One of the often talked topics, since January, is when AMD is going to launch its more mid-range B550 motherboards for the Ryzen 3000 processors. Today AMD is announcing that B550 is coming on June 16th this year, with all the main motherboard manufacturers coming out with a variety of models, up to 60 for launch. AMD is also confirming that B550 will offer PCIe 4.0 connectivity. More details to come at a later date.