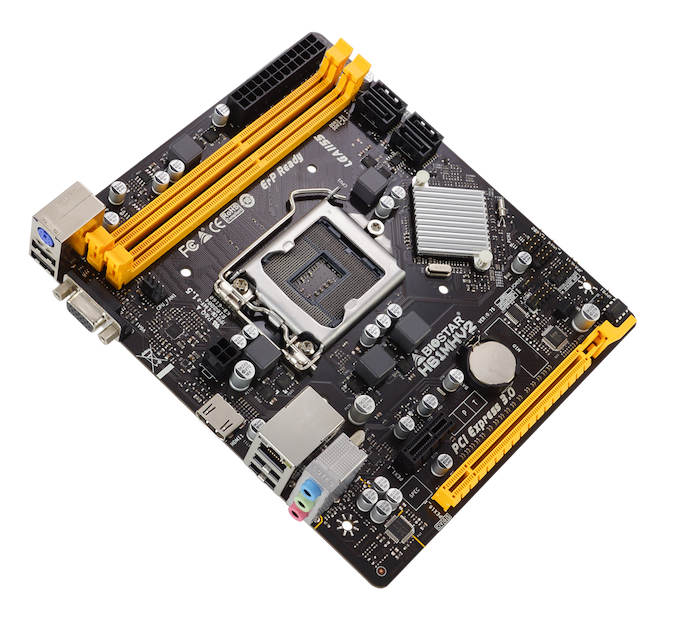 Almost a decade ago, with the launch of Intel’s Sandy Bridge processors, came the H61 chipset. Compared to the high-end P67 and Z68 models, the idea behind H61 is that it was cheap, and it was long-life. At a time when low power embedded Atom CPUs still didn’t have enough power, H61 was there to be equipped with one of Intel’s new-fangled Core processors, with the systems that designed for it destined to last a couple of decades. We’re now 9 years into that life cycle, and Biostar deems it necessary to create a new H61 design for the new decade.

We’re getting to a time now where the cheaply made H61 boards of yesteryear are starting to go pop. When you save a tenth of a cent on capacitors, eventually you get to an age where one doesn’t work and the magic smoke appears. Systems which are built on these have two options: replace the failed component, or upgrade completely. What may surprise some people is that the easiest option is always the first one: replace the broken component. By replacing hardware like-for-like, the system is already set up and ready to go when the new part is installed. If a customer decided to go a different route with a Gemini Lake, sure there might be more performance, but then the signalling standards have changed, the memory has changed, the capabilities of the CPU have changed, etc.

By introducing its new H61 motherboard into the mix, the H61MHV2, Biostar is hoping to capitalize on a decade of experience with newer high performance motherboards, and the ability to play the supply chain for the best deals. As a result of a decade of advancement, elements such as the Ethernet have been updated – up from a 100 Mbps chip to a 1 Gbps chip. DDR3-1600 slots are now in line with the rear IO panel to help airflow, and the socket has changed orientation as well. We should expect to see a few updates perhaps in the BIOS and software as well. 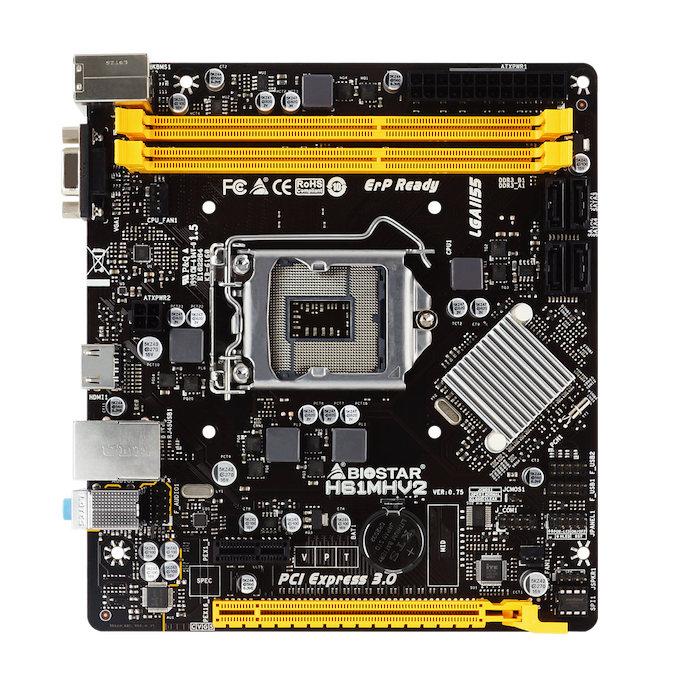 The Biostar H61MHV2 doesn’t quite meet the strict requirements for a mini-ITX board, being one slot longer – presumably for those customers that need the extra PCIe x1 slot. The main PCIe slot is actually PCIe 3.0 x16, but only when a Core i5 or Core i7 Ivy Bridge processor is used. This motherboard supposedly supports all the way up to the Core i7-3770K.

The SATA ports are only SATA 3 Gbps, half the speed of modern SATA connections, and there are no USB 3.0 ports here. Audio is the simplest Realtek ALC662 chip that money can buy, and the same one used by the Biostar IH61MF-Q5, which the company states is what this new board is replacing. Over the IH61MF-Q5, the only spec-sheet difference between the two seems to be the HDMI output, as well as support for Windows 10. In a visual inspection between the two, we can see some of the layout has changed as well.

Users buying this new H61 board, we expect, are just going to be replacing their original $50 designs with something similar. However kudos to anyone building a new system with it. 2011 was the year that William and Kate got married, Steve Jobs passed, and Thailand got flooded so a lot of PC components got more expensive. Hopefully 2020 isn’t a repeat of similar news. 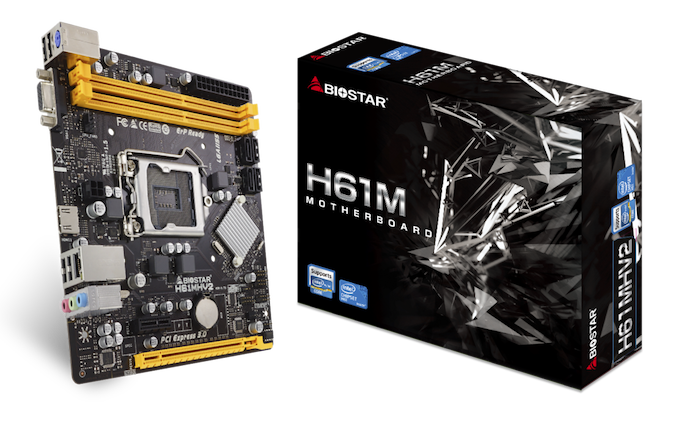 We have asked Biostar’s PR agency for pricing, and will update the article when we get it.