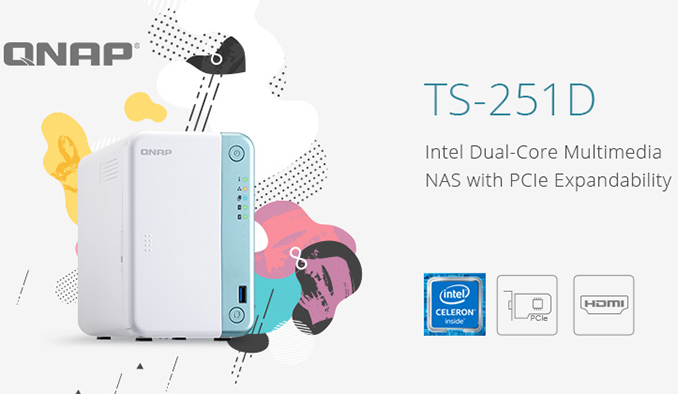 QNAP has announced its new budget-friendly two-bay NAS aimed at home users and supporting hardware-accelerated media playback. The TS-251D can store up to 32 TB of data using today’s hard drives and can be further expanded with a PCIe card to add SSD caching or other options.

The QNAP TS-251D NAS is based on Intel’s dual-core Celeron J4005 processor with UHD 600 Graphics core and hardware decoding for multiple modern video codecs. The SoC is accompanied by 2 GB or 4 GB of DDR4 memory that can be expanded by the end user. The NAS has two bays that can support 2.5-inch or 3.5-inch HDDs or SSDs with a SATA 6 Gbps interface, though RAID modes are not supported. The unit has one GbE port, one HDMI 2.0 output, two USB 3.0 ports, three USB 2.0 connectors, and an IR sensor for an optional remote. 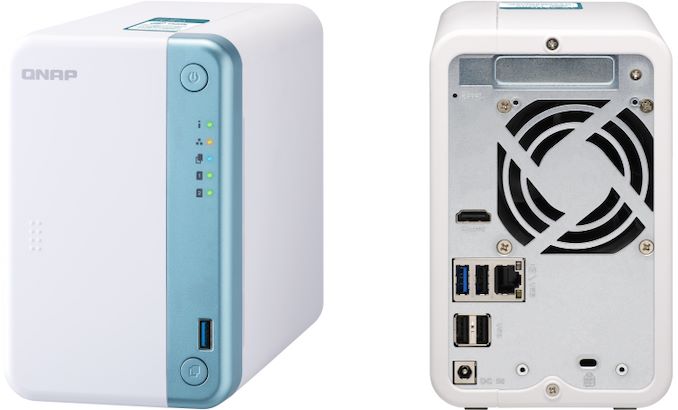 The key feature of the QNAP TS-251D is its PCIe 3.0 x4 slot that can be used to install one of the company’s expansion cards, including the following:

QNAP’s TS-251D NAS for home users will be available shortly. Prices were not touched upon.