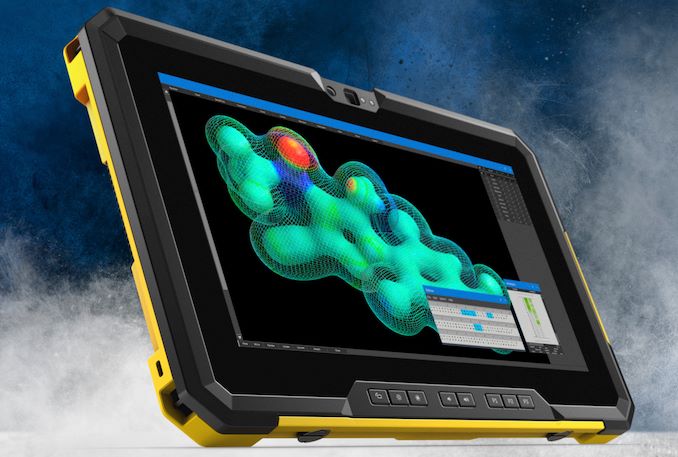 With industry and research, computers are needed everywhere, including various harsh environments for which companies develop ruggedized PCs, tablets, or smartphones. But there are also hazardous environments that not only pose danger to devices for whatever reasons, but which are potentially explosive because they are filled with gases, vapors, combustible gases, and other flammable components. The use of regular electronics in such environments is dangerous, but Dell has developed its Latitude 7220EX Rugged Extreme Tablet just for this purpose.

The Dell Latitude 7220EX Rugged Extreme Tablet is designed for engineers working in agriculture, chemical, manufacturing, and oil & gas sectors who encounter potentially explosive environments every day. To meet their safety requirements, Dell took its recently introduced Latitude 7220 Rugged Extreme Tablet and redesigned it in order to eliminate any possibility that the device could be the source of an explosion (which may be caused by an overheating or malfunctioning component, a spark caused by an unsealed electric circuit or whatever other reason).

To ensure that the Latitude 7220EX Rugged Extreme Tablet is safe and meets all formal safety requirements in the North America, Europe, and other parts of the world, the machines are Class 1, div 2 certified in NA, ATEX certified in the EU, and IECEx certified for International markets. Meanwhile, in a bid to incorporate 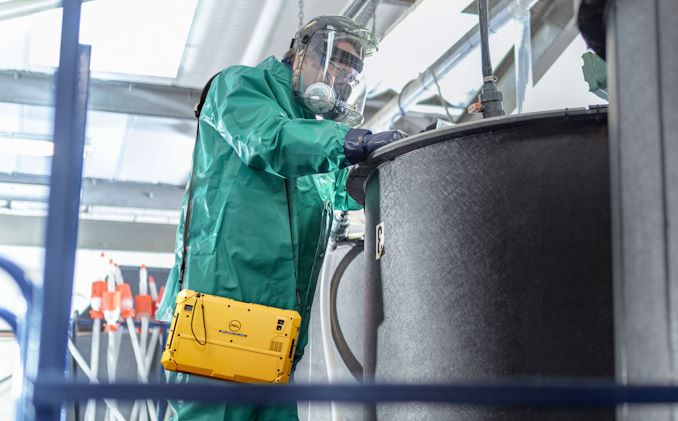 Since the Latitude 7220EX Rugged Extreme Tablet is a version of the non-EX model, their technical specifications are very similar. The tablet is equipped with an 11.6-inch Full-HD display with 1000 nits brightness to make it usable even under direct sunlight. Inside the tablet designed for the most extreme environments is Intel’s Core i7-8365U (Whiskey Lake) processor with four cores and Intel’s UHD Graphics 620. The SoC is accompanied by 8 GB of LPDDR3-2133 memory and a 512 GB Class 40 M.2 SSD with a PCIe 3.0 x4 interface.

When it comes to wireless connectivity, the machine is equipped with Intel’s AX200 Wi-Fi 6 + Bluetooth 5.0 adapter, and Qualcomm’s Snapdragon X20 4G/LTE modem. On the wired side of I/O matters, the Latitude 7220EX Rugged Extreme Tablet includes a USB 3.1 Type-C connector that can be used for charging and external display connectivity, a USB 3.0 Type-A port, a micro RS-232 port, a POGO connector for the keyboard, an SD card reader, and a 3.5-mm audio jack for headsets. Interestingly, the tablet also retains all the imaging and multimedia capabilities of the original one, which includes Windows Hello-compatible front camera, a rear camera with a flash, and stereo speakers. As for security, the machine is equipped with a fingerprint reader, Dell’s ControlVault advanced authentication, Intel vPro remote management, a TPM 2.0 module, optional encryption for SSDs, and NIST SP800-147 secure platform. 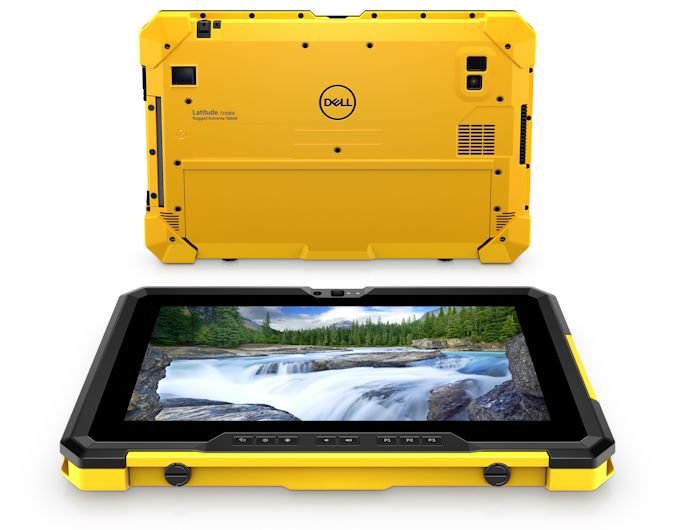 Dell’s Latitude 7220EX Rugged Extreme Tablet is powered by two hot-swappable batteries, each with a 34 Wh capacity, but the manufacturer does not disclose battery life of the device because special-purpose software used by the target audience will have different effects on power draw.

Dell will start sales of the Latitude 7220EX Rugged Extreme Tablet in the near future. Pricing will depend on exact configurations and region.