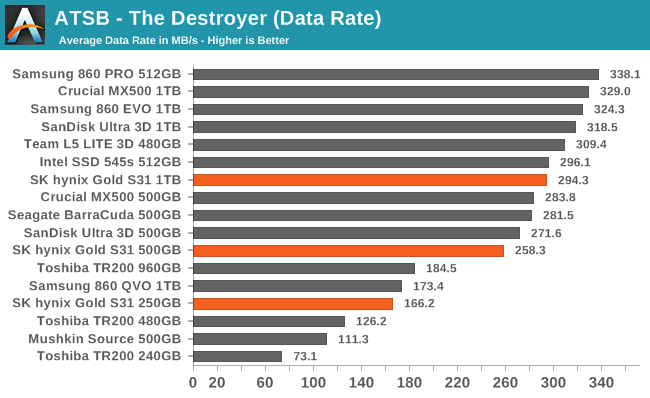 The overall performance from the 500GB and 1TB SK Hynix Gold S31 drives on The Destroyer is a bit slower than typical for mainstream SATA drives, but it's not a large gap. 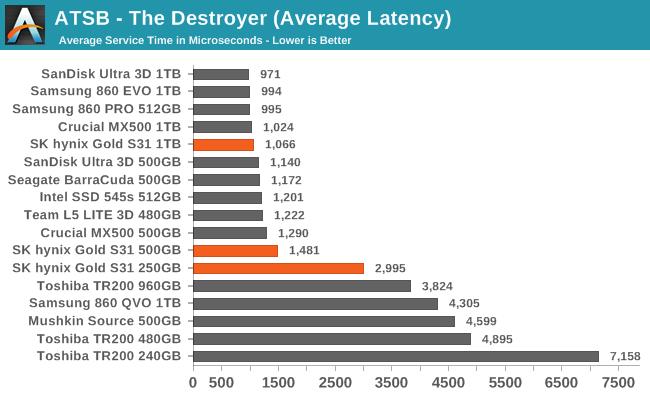 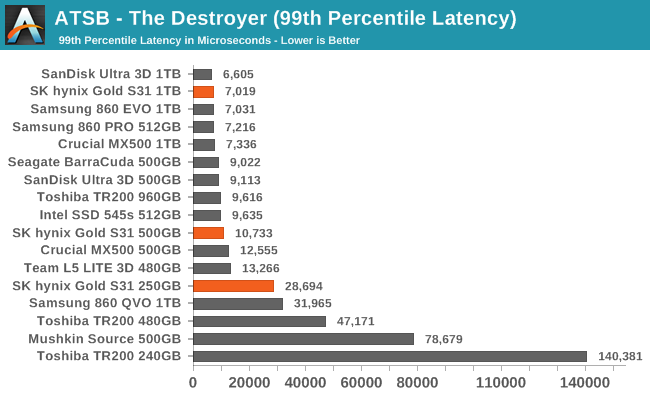 The average latency scores from the S31 on The Destroyer are reasonable, but again slightly behind the other mainstream SATA drives we've tested. The 99th percentile latency scores rank a bit better, and are definitely competitive. The 250GB model's performance is substantially worse than the larger two models. 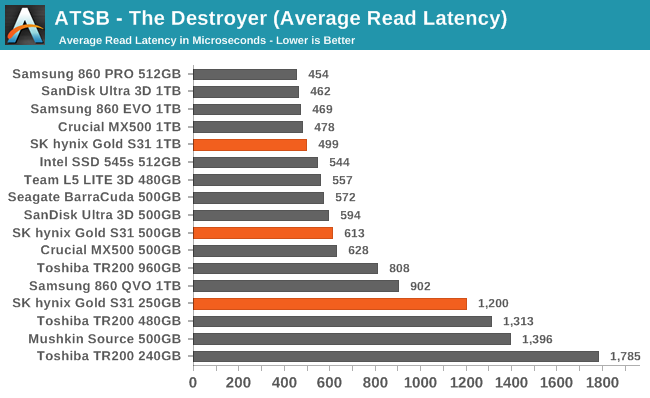 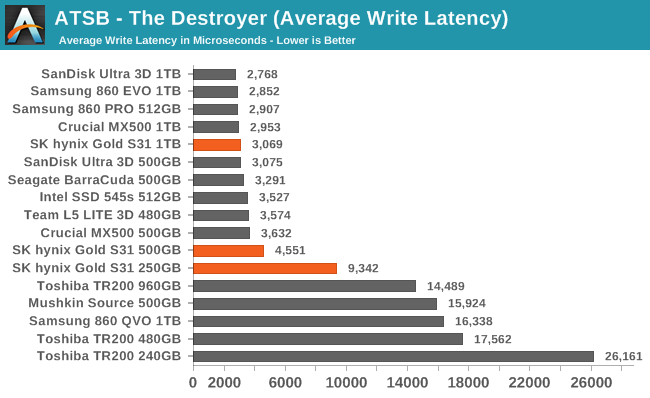 Both the average read and write latency scores show similar rankings for the S31s, with the 250GB model's latencies are roughly double that of the 500GB model, and the 1TB only slightly faster than the 500GB. 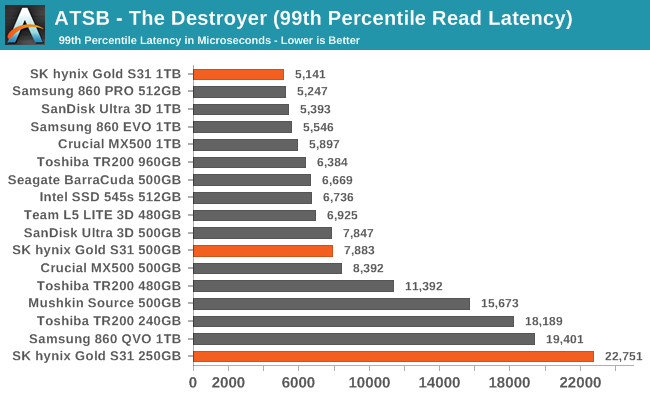 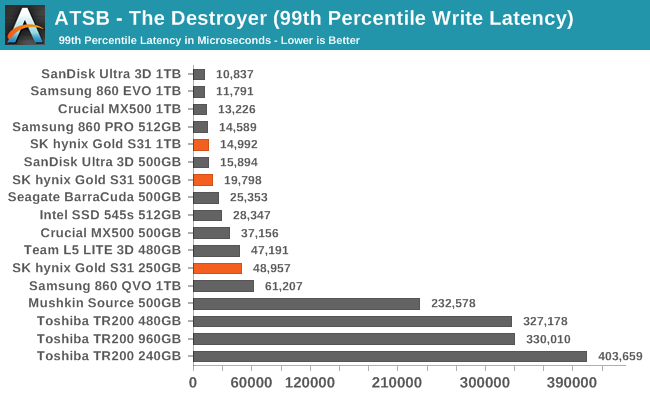 The 250GB S31 turns in the worst 99th percentile read latency score out of this batch of drives, but the 500GB's score is competitive, and the 1TB model's score is at the top of the chart. For 99th percentile write latencies, the three S31s rank much closer together, and the slowest 250GB model is still vastly faster than the DRAMless SSDs. 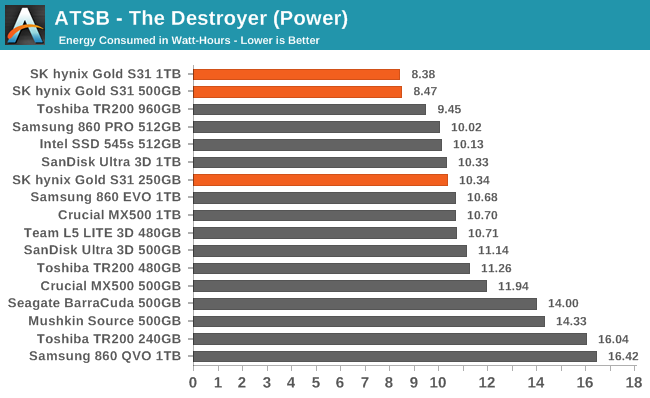 The 500GB and 1TB models of the SK Hynix Gold S31 turn in very good energy usage scores, while the smaller 250GB model ends up with efficiency that is merely typical for this class.