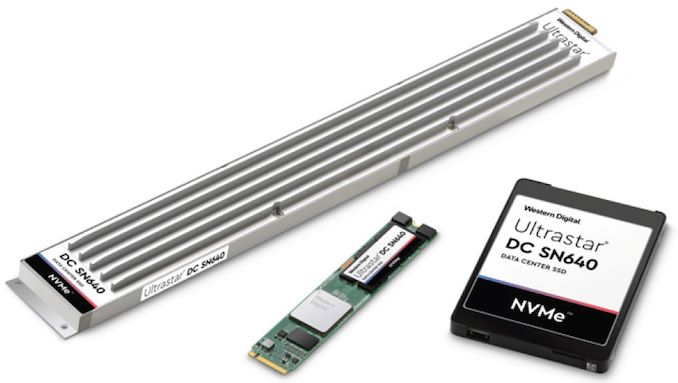 Western Digital has announced its new family of enterprise SSDs aimed at mixed-use-case workloads. The new drives use in-house developed components and come in EDSFF E1.L, U.2, and M.2-22110 form-factors offering capacities of up to 30.72 TB.

Depending on target applications, Western Digital will offer its Ultrastar DC SN640 in three form-factors. For those who need maximum performance and capacity, the manufacturer will offer SSDs in EDSFF E1.L form-factor that will offer capacities of up to 30.72 TB as well as up to 720K random read IOPS. For blade servers running virtual desktops and similar software the maker will offer U.2 SSDs featuring up to 7.68 TB capacities. For space-constrained and OCP environments, the Ultrastar DC SN640 drives will be available in M.2-22110 form-factor as well as capacities of up to 3.84 TB. Considering the workloads, the new SSDs offer tunable endurance of 0.8 or 2 DWPD over five years.

Samples of Western Digital’s Ultrastar DC SN640 SSDs are now available to the company’s customers and will ship commercially later.