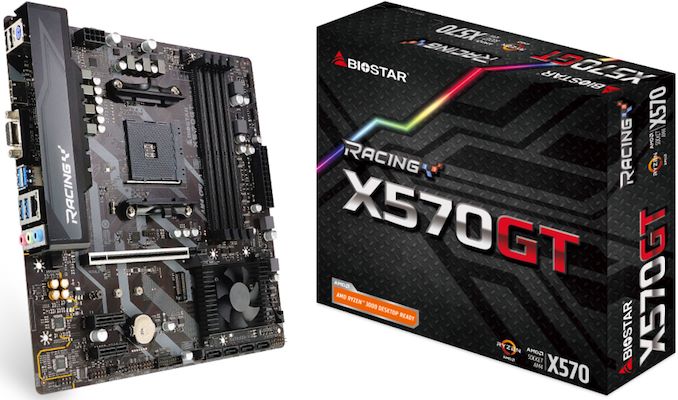 The Micro-ATX form-factor seems to have walked into the crossfire between ATX and Mini-ITX in the recent years, and as a result, the mid-sized form factor isn't quite as prevalent as it once was. Nonetheless, since many inexpensive systems keep using mATX platforms, motherboard makers thankfully continue to support the form-factor. One of such manufacturers is Biostar, which has released its Racing X570GT Micro-ATX motherboard for AMD’s latest Ryzen 3000-series processors. This is the second mATX motherboard based on the AMD X570 chipset announced so far (as far as we are aware).

The Biostar Racing X570GT is a compact AMD X570 platform that supports AMD’s 2nd and 3rd Gen Ryzen processors and features a seven-phase digital VRM to ensure their stable operation. The motherboard carries four DDR4 memory slots for up to 128 GB of DRAM (up to DDR4-4000 speeds are supported, depending on CPU), one iron-reinforced PCIe 4.0 x16 slot for graphics cards, one M.2-2280 slot for SSDs with a PCIe 4.0 x4 interface, four SATA connectors (with RAID 0, 1, 10), and two PCIe 3.0 x1 slots for add-on cards. 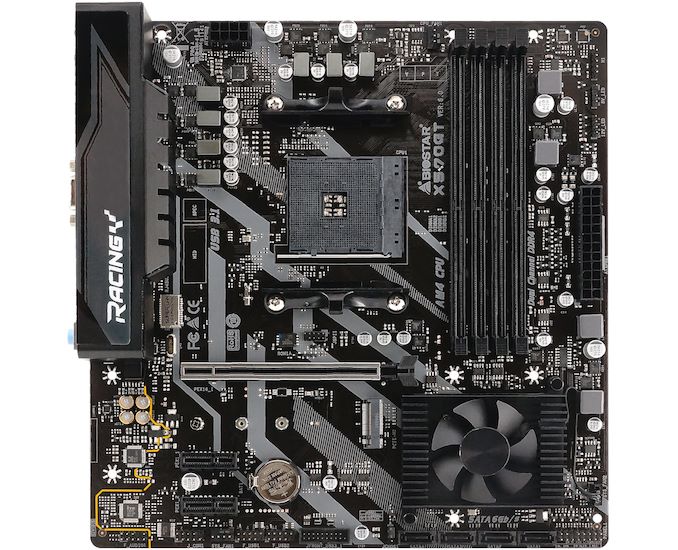 On the connectivity side of matters, the motherboard has a GbE port (controlled by Realtek’s RTL8111H chip and supporting Biostar’s protection against power surges), four USB 3.1 Gen 1 Type-A along with two USB 2.0 connectors (additional USB connectors are supported via internal headers), a PS2 port, two display outputs (D-Sub and HDMI), and 7.1-channel audio connectors (enabled by Realtek’s ALC887 codec with an isolated circuit design). In addition, the motherboard features an RGB 12V LED header and a Digital 5V LED header that are used to control RGB LED strips, fans, memory modules, and so on. 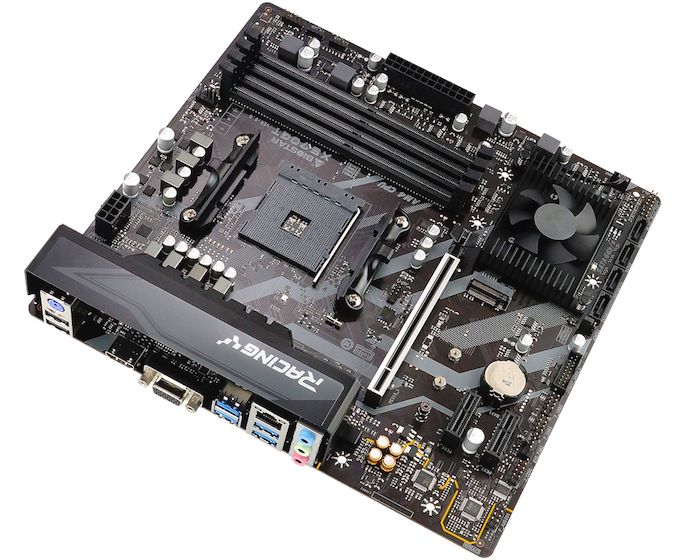 Biostar’s Racing X570GT Micro-ATX motherboard does not carry any extra controllers to enable features like Wi-Fi or additional SATA ports, which will make it cheaper when compared to beefy competitors. Keeping in mind that the platform still supports the key feature of the AMD X570 platform: PCIe 4.0, the motherboard is good enough for most gamers. Unfortunately, for some reason Biostar decided not to enable USB 3.2 Gen 2 (10 Gbps) ports, but stuck to USB 3.2 Gen 1 (5 Gbps) connectors, which will be a disadvantage for those using high-performance external storage devices supporting 10 Gbps speeds.

Biostar will start selling the Racing X570GT Micro-ATX motherboard for AMD’s Ryzen 3000-series processors in the near future. The company has not announced details about its pricing, but given its configuration, expect this to be an entry-level AMD X570-powered platform.