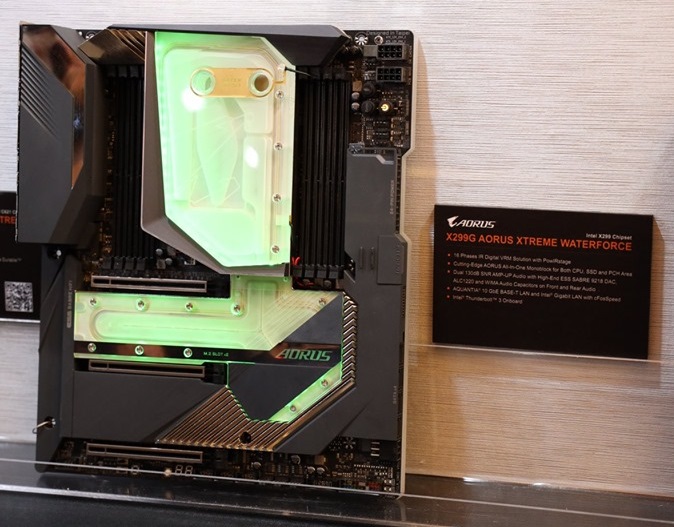 At Computex 2019, GIGABYTE unveiled a couple of new motherboards on Intel's X299 chipset in lieu of the new refreshed Skylake-X processors expected later this year. The GIGABYTE X299G Xtreme Waterforce takes its HEDT range to a new level with a large full-cover monoblock covering the CPU. three M.2 slots, and X299 chipset. Also featured is 10 G LAN, as well as Intel Thunderbolt 3 support.

The GIGABYTE X299G Xtreme Waterforce is the planned flagship and has plenty of high-end features expected from one its Xtreme models. Included in the extensive feature set is three full-length PCIe 3.0 slots with the configuration dependant on the model of processor installed. The large monoblock covers the CPU socket, three M.2 slots, and also actively cools the X299 chipset. While the naming of the board would seem like it's a new chipset, it's still the same X299 chipset of old and the naming is to signify the new range. 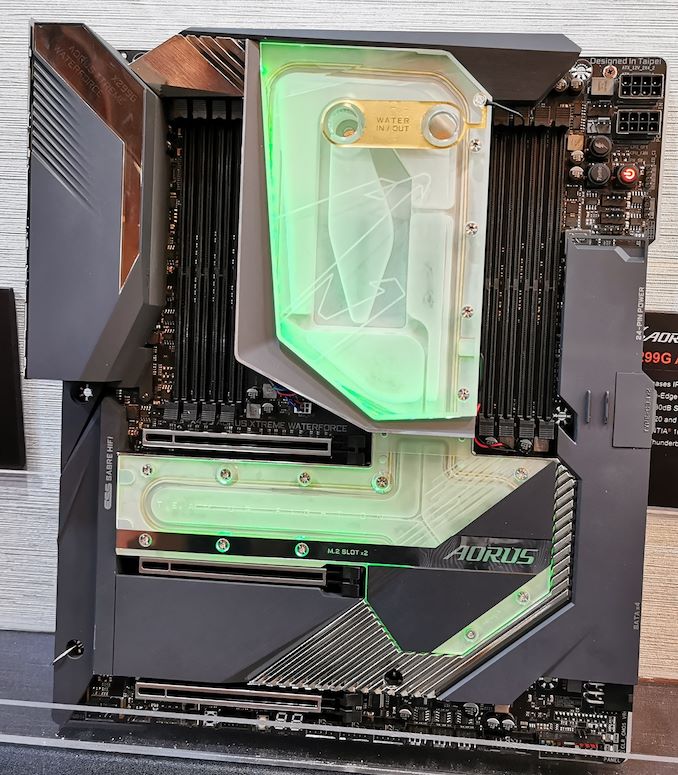 Pricing and availability of the GIGABYTE X299G Xtreme Waterforce aren't currently available, but it's likely more details will be revealed sometime in Q3.