ASUS has unveiled a number of X570 motherboard at Computex 19 with a range of boards in different price brackets. Also announced is the ROG Strix X570-E Gaming and the ROG Strix X570-F which feature similar aesthetics, but differ slighting in terms of features. 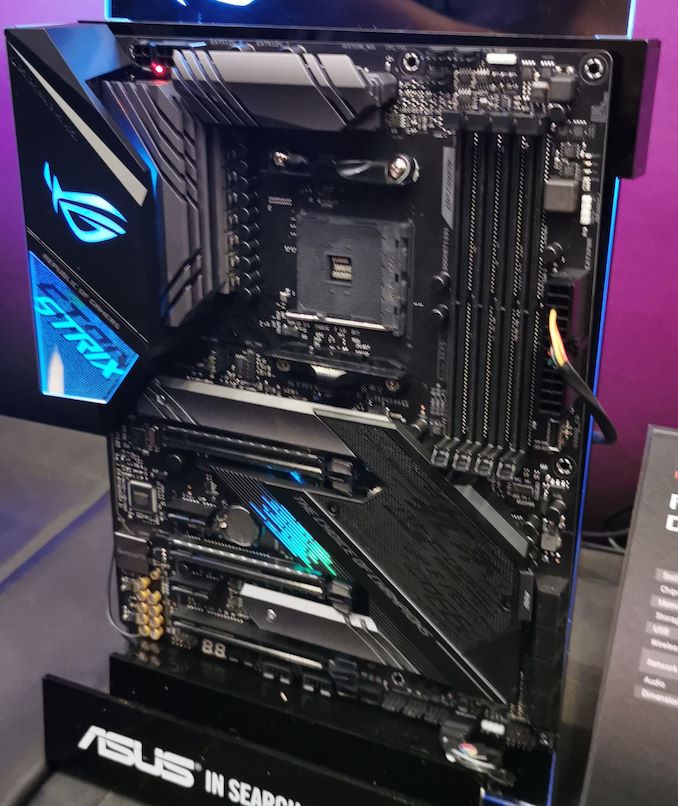 ASUS ROG Strix X570-E Gaming - apologies for the blurry picture, we'll update it when we visit ASUS later this week

Starting with the higher spec model of the pairing, the ASUS ROG Strix X570-E includes the gaming-focused Realtek RTL8125G 2.5 GbE LAN with a second port controlled by an Intel I211-AT Gigabit controller, with the wireless capabilities coming from the new Intel AX200 Wi-Fi 6 802.11ax adapter. The board boasts three full-length PCIe 4.0 slots which operate at x16, x8/x8, and x8/x8/x4, with the final four being from the chipset. The Strix themed chipset heatsink has two M.2 heatsinks emanating from the top and bottom side for the boards dual PCIe 4.0 M.2, with a cooling fan integrated which is designed to keep the X570 chipset cool. The ROG Strix X570-E also has eight SATA ports and four DDR4 memory slots.

Also featured are seven USB 3.1 G2 Type-A, one USB 3.1 G2 Type-C, and four USB 3.1 G1 Type-A ports on the rear panel. A SupremeFX S1220 HD audio codec adds five color-coded 3.5 mm jacks, and an S/PDIF optical out. A pair of video outputs consisting of an HDMI 2.0 and DisplayPort 1.2 output is present and for use with the Ryzen APUs. 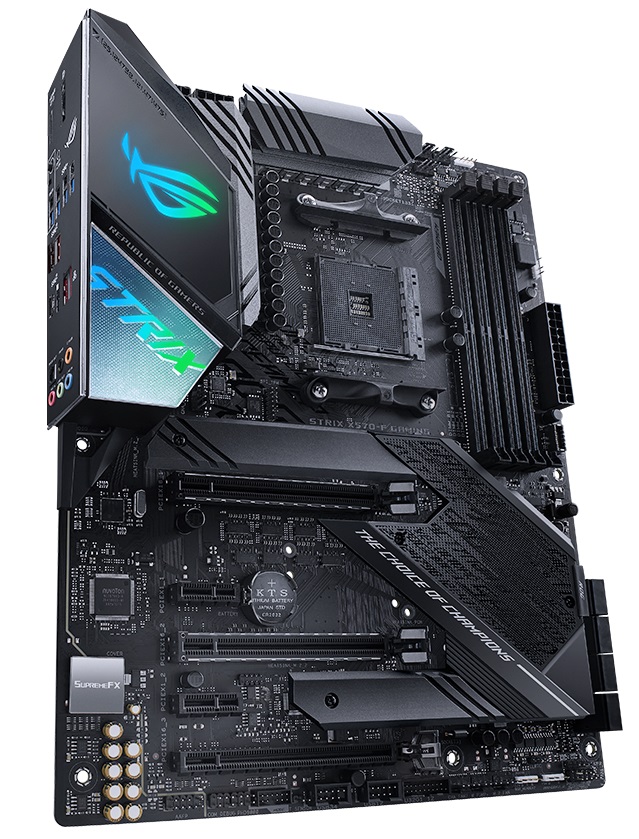 On the PCB of the ASUS ROG Strix X570-F Gaming is three full-length PCIe 4.0 ports which are configured to run at x16, x8/x8, and x8/x8/x4. Also featured is two PCIe 4.0 M.2 slots with a pair of M.2 heatsinks which is likely to be needed to run the latest PCIe 4.0 x4 SSDs. The board also includes eight SATA ports and four DDR4 memory slots. 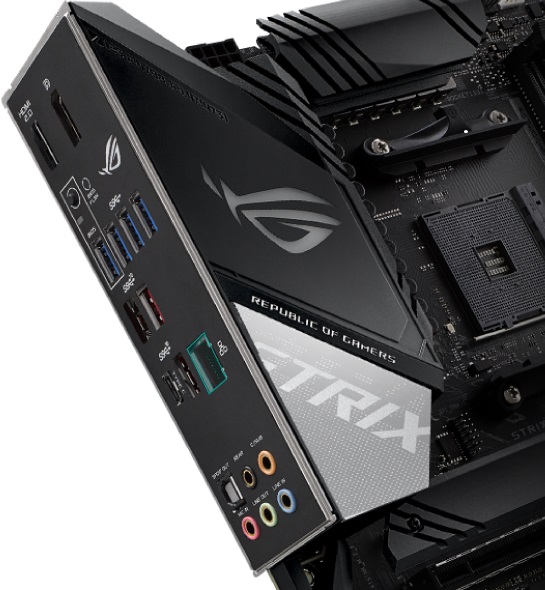 Both the ASUS ROG Strix X570-E and Strix X570-F Gaming motherboards are expected to be available prior to the launch of AMD's Ryzen 3000 series processors on 7/7. Pricing information is currently unknown, but it is likely to be announced closer to the launch of the chipset.