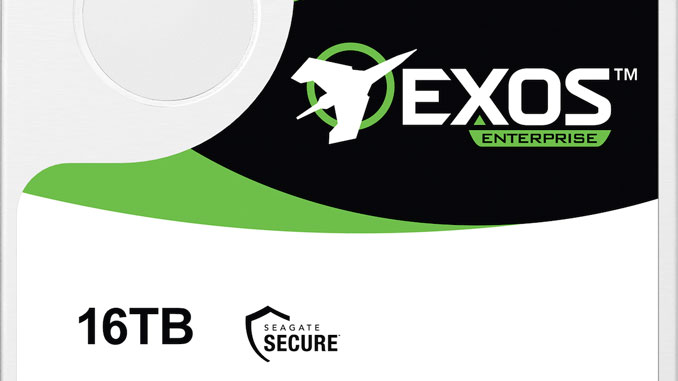 Continuing the march of progress in the HDD industry, Seagate has revealed that they have started shipping their 16 TB PMR hard drives. In a quarterly earnings call last week, the company reported that the drives have been shipping since late March, with current shipments coming ahead of high volume production of the drives. Seagate in turn expects to kick off mass production in the second half of 2019, and by Q2 2020 the new 16 TB drives will be its highest revenue SKU. What is particularly noteworthy here, besides the capacity of course, is that these drives do not use next-generation heat assisted magnetic recording (HAMR) technology. Instead, they're based around conventional magentic recoding (which is a new way to call perpendicular magnetic recording, PMR), which is being boosted by two-dimensional magnetic recording (TDMR).

Previously, we had been expecting Seagate's first shipping 16 TB drives to be based on their HAMR technology – select Seagate customers began receiving the company’s HAMR-based Exos X16 drives back in December. However it turns out that Seagate is not going to ramp up those HAMR drives quite yet. Instead, Seagate has taken the somewhat surprising step of building a 16 TB 3.5-inch helium-filled hard drive based around nine PMR+TDMR-based platters.

Seagate is apparently making good progress on developing these new CMR drives, and various cloud datacenters customers have already begun qualification testing for the drives. Here is what Dave Mosley, CEO of Seagate, had to say:

"We are very pleased to announce that we began shipping our 16 TB drives in late March as planned. [...] Qualifications are underway at many major cloud and enterprise customers. We expect to begin ramping to high volume later in calendar 2019 and expect 16 terabyte drives will be our highest revenue SKU by this time next year."

Transitioning from an eight-platter to a nine-platter HDD architecture is no small matter, as it requires a major redesign of internal components as well as incorporating thinner magnetic media and supporting mechanics. The benefit, of course, is a straightforward increase in the amount of available storage capacity, while operators weigh this against total drive costs as well as other consequences such as greater power consumption. Overall the move is surprising for Seagate, but far from unprecedented – Toshiba has used a nine-platter architecture for a while now – so Seagate is has become the second HDD manufacturer to join this club.

In addition to its Exos X16 CMR+TDMR hard drives, Seagate is also prepping host-managed 18 TB SMR (shingled magnetic recording) HDDs, which is powered by the same platform. These drives will be aimed at customers requiring even greater capacity with read-intensive workloads. Interestingly, Dave Mosley says that the platform used for these new HDDs is ready for HAMR heads:

"This particular platform for us will take us 16 TB and 18 TB with SMR and other variants. It will take us beyond 18 TB and probably into the HAMR families as well because HAMR is basically drop into this when we are ready."

For a number of years Seagate has implied that HAMR will be first used for 16 TB drives, so the unexpected shift to CMR + TDMR raises several question about the the state of the market and the technology. Is the delay client-driven, with the company’s clients wanting to stick to proven technologies for another round? Or, since HAMR HDDs use different components (new media, new heads, etc.), do the manufacturing costs of HAMR hard drives present a hurdle to manufacturing and/or client adoption? Or is the change in plans due to something else entirely?

At any rate, while HAMR drives have effectively been pushed back at Seagate, they are still very much on the company's roadmap. Seagate now plans to start mass production of HAMR drives in 2020, with capacities hitting 20 TB or more. 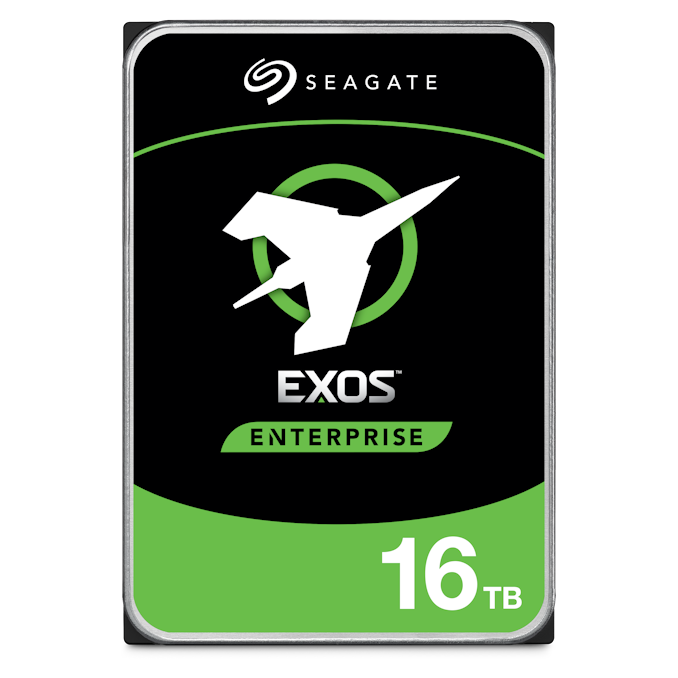