Headlining this release, on the heels of the launch of the prosumer-oriented Radeon VII, AMD is introducing Radeon Pro Software compatibility for many of their consumer parts. Under the program, certain Radeon consumer cards, including R5 300, R7, and RX series products will be able to install the Radeon Pro drivers. These products, in turn will be able to access certain professional features of the Radeon Pro drivers, but lack the all-critical certifications and optimizations that typically set the Pro drivers apart. Meanwhile for the new Radeon VII, AMD has announced that support is due soon, but isn't available at lanch. 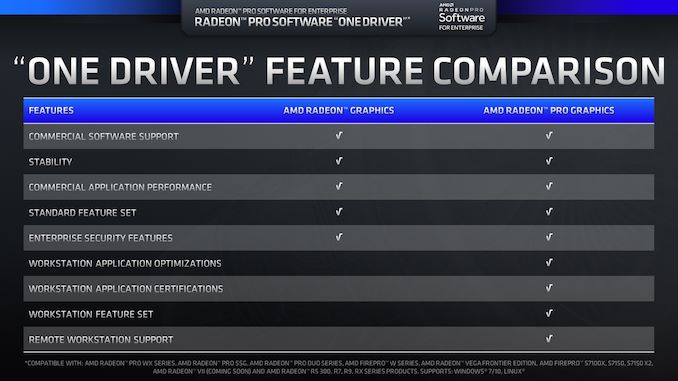 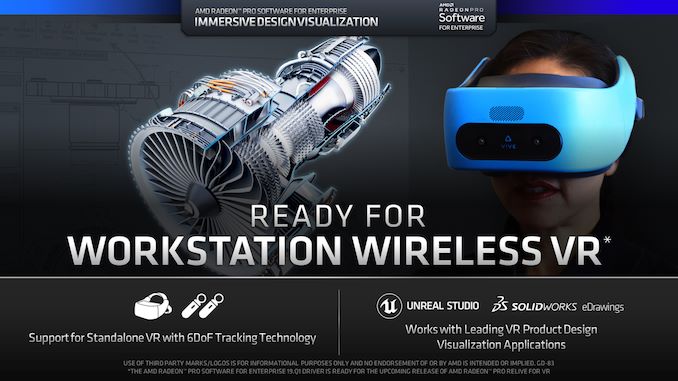 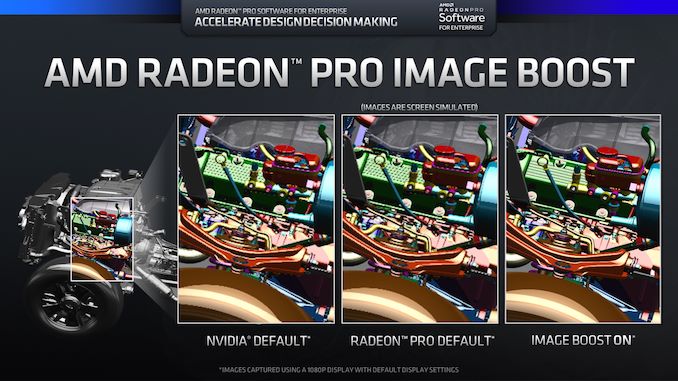 And lastly on their eGPU technology, AMD XConnect with Radeon ProRender support allows acceleration by both internal GPU and external Radeon Pro GPU for certain configurations.

As expected, 19.Q1 also comes with fixes for the following issues:

AMD notes that Multi-GPU Eyefinity Pro on Windows 10 is only currently supported on the Radeon Pro WX 7100.

The updated drivers for AMD’s professional workstation GPUs are available online at the AMD’s professional graphics driver download page. More information on this update and further issues can be found in the Radeon Pro Software for Enterprise 19.Q1 summary notes, as well as full release notes.