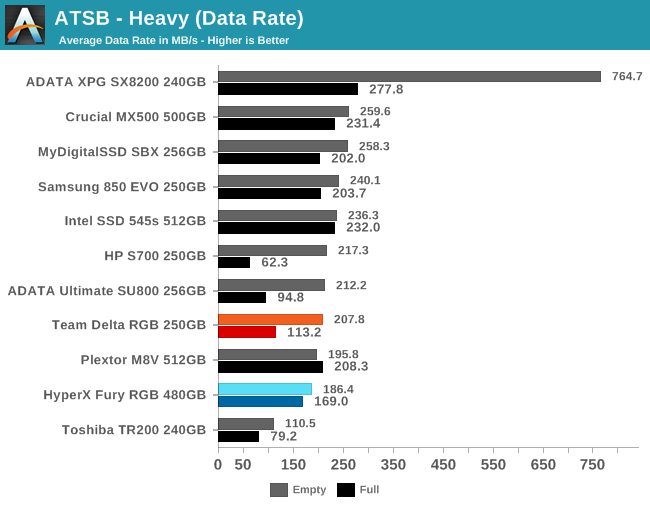 The Team Delta RGB and ADATA SU800 perform about the same overall when the Heavy test is run on an empty drive, but when the drives are fill the Delta RGB has a small but clear advantage. Moving up to a high-end SATA drive, a NVMe drive or just doubling the capacity has a big impact on full-drive performance, but only a high-end NVMe drive makes a big difference on fresh out of the box performance. 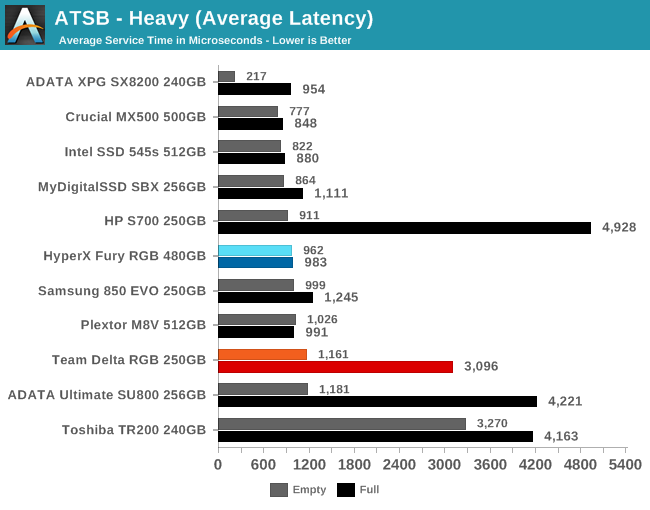 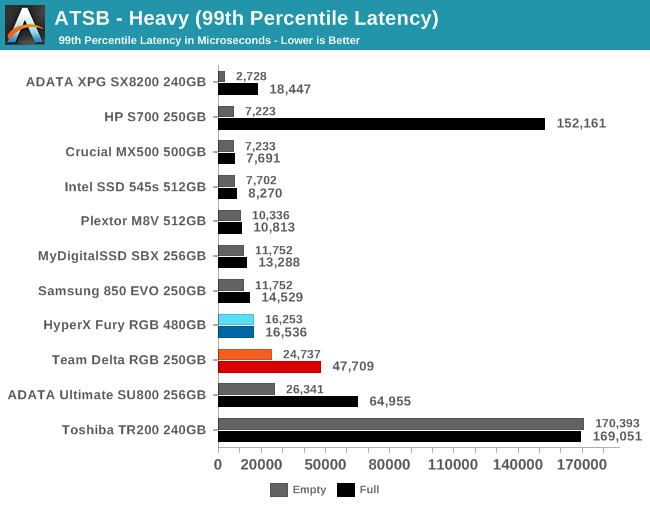 The Delta RGB and the other two drives with Micron 32L TLC stand out for their very high average and 99th percentile latency during the full-drive test runs, as compared with either the Samsung SATA drives of similar capacity or the larger mainstream drives, but they're not as bad as the DRAMless drives like the Toshiba TR200. 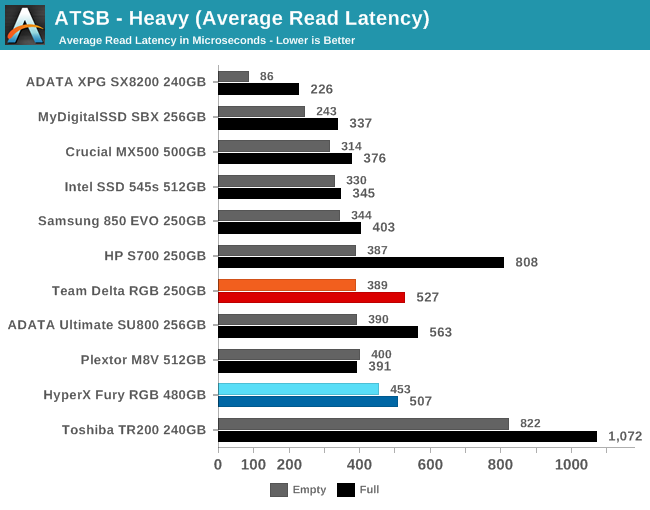 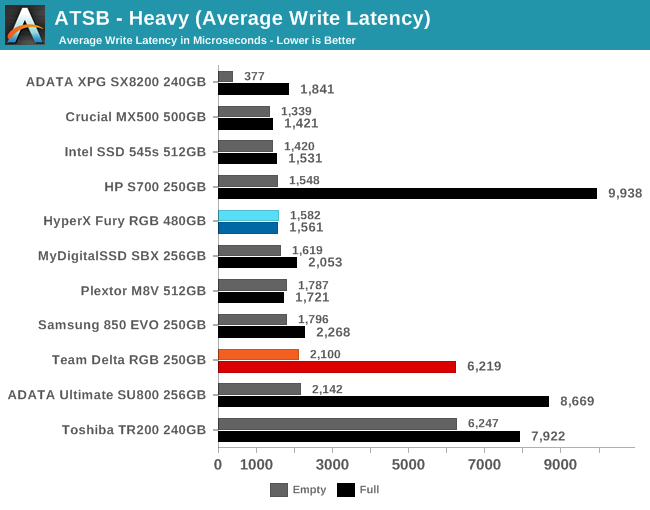 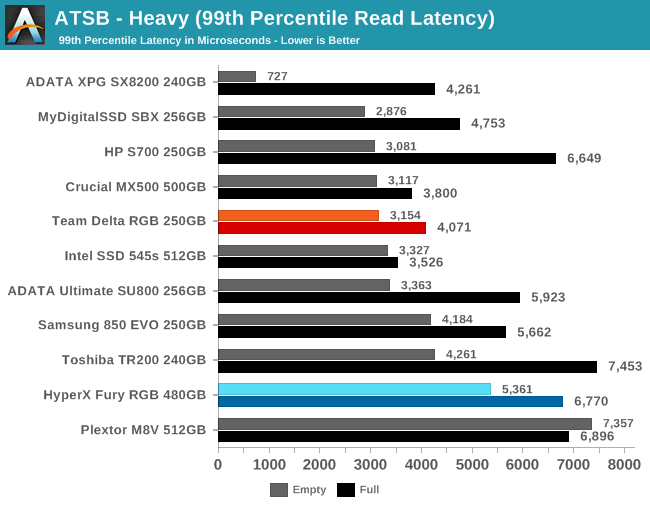 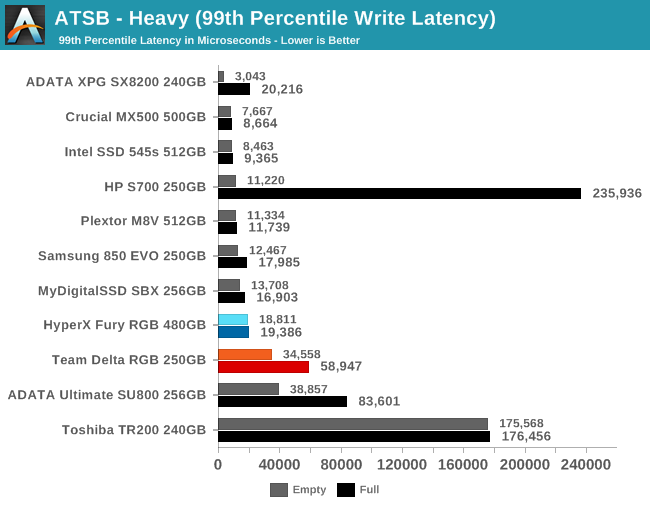 The 99th percentile read latencies from the Delta RGB are pretty good for this class of SSD and aren't all that different from the larger mainstream TLC drives. The write latency is where the Delta RGB is clearly capable of the occasional serious stall, but it's not as big a problem as for the DRAMless drives. 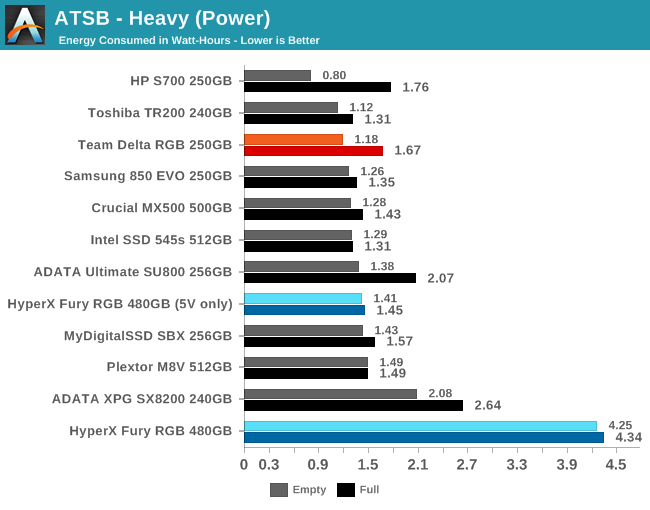 The Delta RGB uses a bit less energy than most SATA drives in this capacity class to complete the Heavy test's empty-drive run, but when the test is run on a full drive the much lower performance of the Delta RGB drives up total energy consumption significantly.