In the end, gamers are given the ultimate guidance with the price point: $2000. The cost doesn't pull any punches, and while it may not be explicitly communicated to consumers, the price is all about the panel functionality, while everything else takes the backseat. Though we can only say this directly about the Asus PG27UQ, this is presumably the case for Acer's Predator X27, which shares the connectivity, large physical design, and active cooling setup. 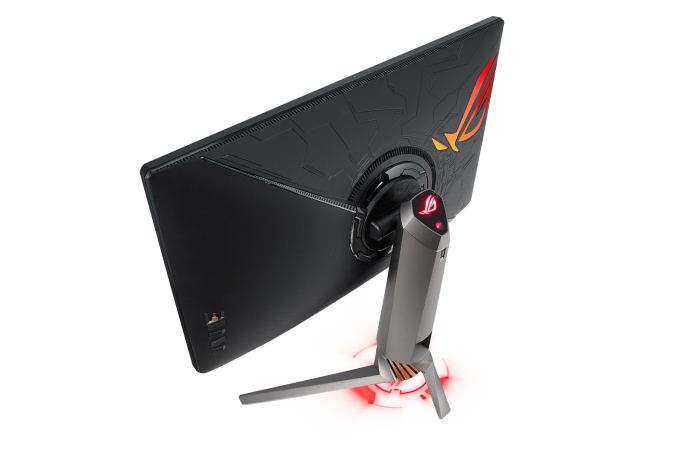 Some of this is out of Asus's hands, and with the G-Sync HDR module's capabilities and limitations, something that they can only package up and support the best they can. Manufacturers on the display design side would be limited in expanding the basic range of use of G-Sync HDR. Some aspects are even out of NVIDIA's hands when it comes to HDR support in the OS, which goes back to Windows' historically poor management of anything non-SDR and non-sRGB; if the monitors were ready before the Windows 10 April 2018 Update, ease-of-use would've been a big issue.

As one of two current G-Sync HDR implementations, the Asus PG27UQ is also just one of three VESA DisplayHDR 1000 certified products, alongside the Acer counterpart and a Phillips 4K TV, and one of three UHDA Premium certified monitors, alongside two proviz monitors. So by certifications, it would be one of the best HDR PC monitors on the consumer market anyway, G-Sync or otherwise. It seems more likely than not that the 35-inch and 65-inch models are not imminently ready, although resolving firmware issues with FALD backlighting should be a shared investment between them. But for now, G-Sync HDR can only truly stretch its legs in a niche case: single-monitor non-silent PC gaming with HDR titles on NVIDIA G-Sync HDR supporting hardware powerful enough to target 4Kp144 target. The last bit is already niche on its own: the GeForce GTX 1080 Ti was the first card to really hit 60fps on no-compromises 4K, and both AMD and NVIDIA have stepped back from multi-GPU and multi-card solutions. 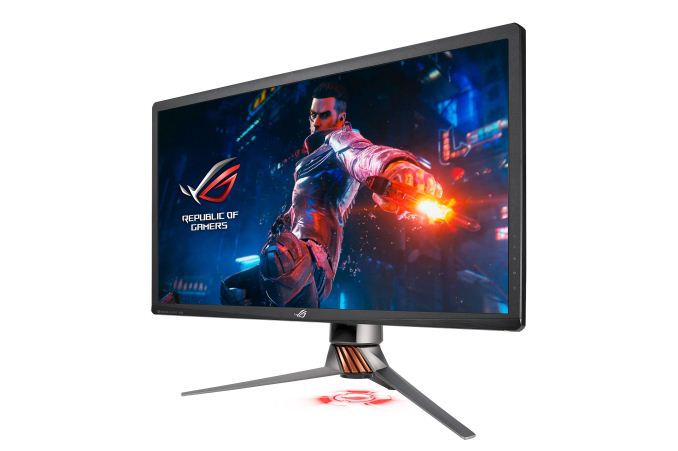 As an aside, we know now 144fps is perhaps even further out given that NVIDIA's next generation offering of the GeForce RTX 2080 Ti is more-or-less in the Titan V gaming performance bracket, which is to say it's only about 37% faster than the GTX 1080 Ti. The majority of this review was done prior to the RTX 2080 Ti and RTX 2080 launch, but doesn't fundamentally alter the core premise of 4Kp144 being out-of-reach.

And when you're paying more dollars than most people have horizontal pixels on their screen, especially when that price is especially baked in to that use case, that niche becomes extremely relevant. There's no price tiering right now in terms of non-4K G-Sync HDR or non-HDR 4Kp144 G-Sync, so pursuing either combination still leaves you at the $2000 price point. So let's find out if the prospect of playing PC games with the cutting-edge of 2018 visuals measure up.