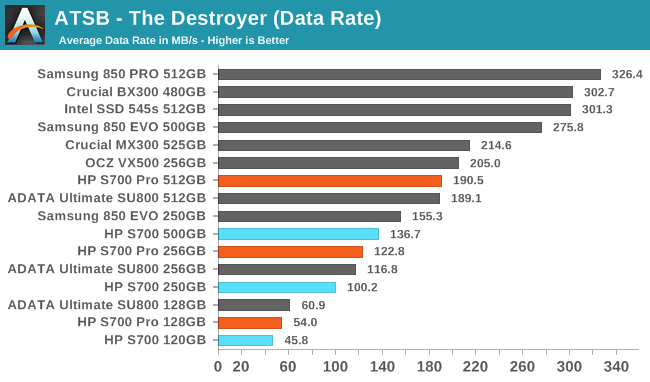 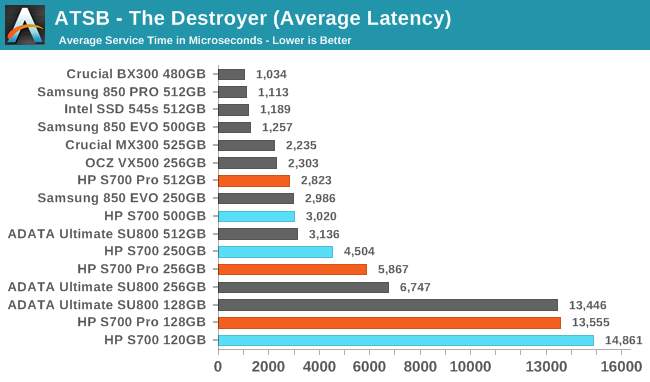 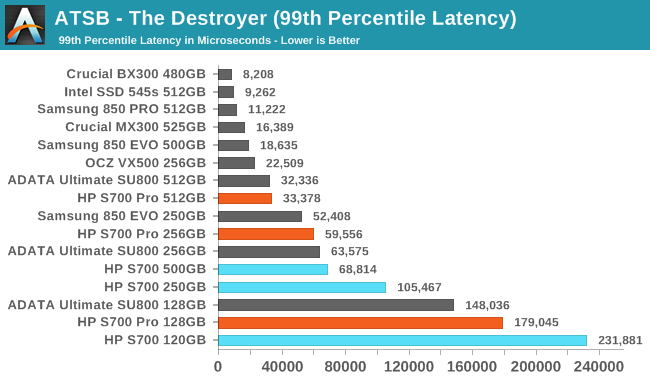 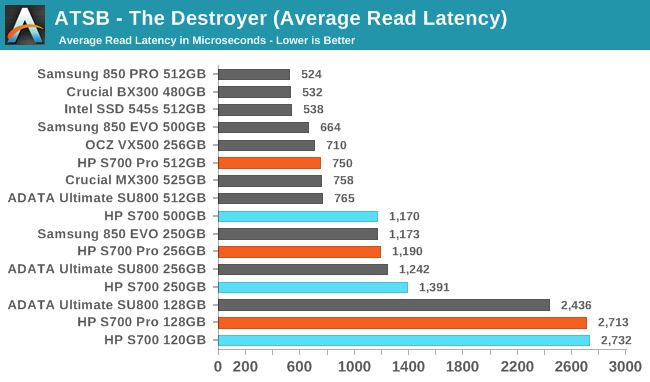 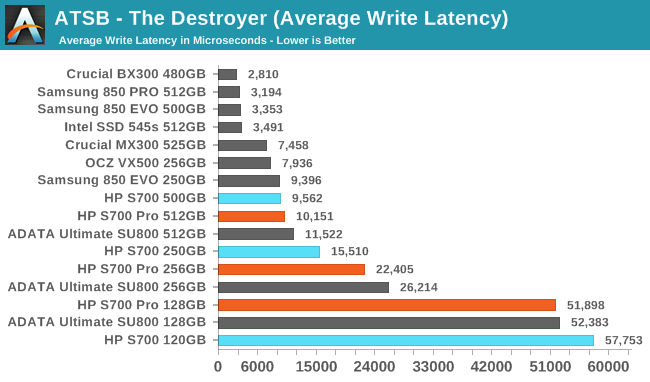 The average read latencies of the HP S700s are almost tied with the S700 Pro at the smallest capacity configuration, but the larger drives show a substantial gap. Average write latencies for the S700 are actually better than the S700 Pro and the ADATA SU800 except for the 120GB capacity. 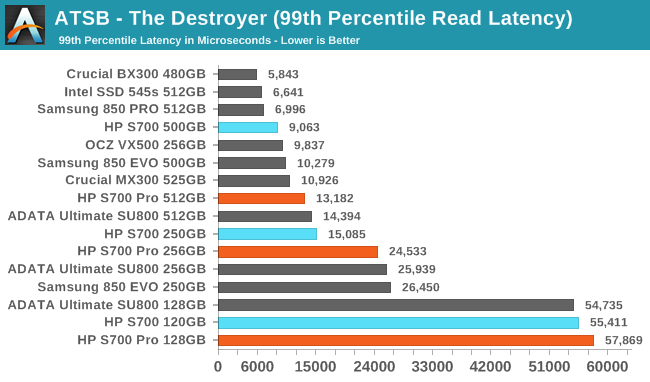 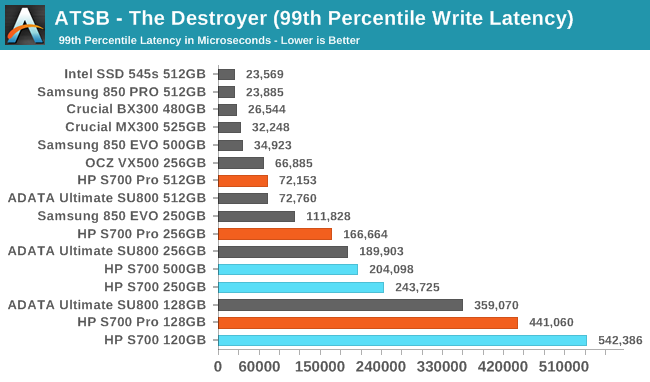 The HP S700 does not have a particular problem with garbage collection getting in the way of read operations as its 99th percentile read latency scores are better than the S700 Pro's scores and are reasonable even when compared to mid-range SATA drives and even drives using MLC. The 99th percentile write latency scores are poor for both the S700 and S700 Pro, but the ADATA SU800 is no better except for its 128GB capacity. 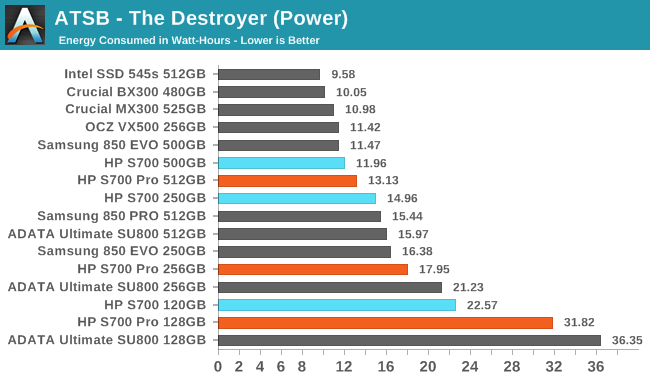 The DRAMless HP S700 is more energy-efficient on The Destroyer than the faster HP S700 Pro, and both beat the ADATA SU800. All of these drives obey the usual pattern of higher capacities offering better efficiency under load thanks to their higher performance being more than enough to offset higher overall power levels.