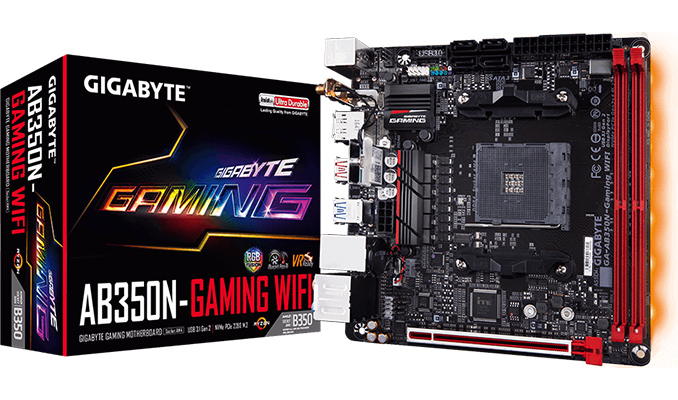 GIGABYTE has announced its first Mini-ITX motherboard for AMD’s AM4 processors. The GA-AB350N-Gaming WIFI (or simply AB350N-Gaming) Mini-ITX is based on AMD’s ‘performance-class’ B350 chipset and provides modern features like USB 3.1 Gen 2, support for PCIe 3.0 x4 SSDs, Wi-Fi 802.11ac connectivity and even LED lights and controls. In addition, the motherboard can support large CPU coolers such as AMD’s Wraith Max.

The GIGABYTE GA-AB350N-Gaming WIFI runs AMD’s ‘performance’ B350 chipset that is very similar to the flagship X370, but has some minor differences for market segmentation. B350 still fully supports overclocking of CPUs with an unlocked multiplier, but it should be noted that it cannot take advantage of the XFR feature of the Ryzen X processors. 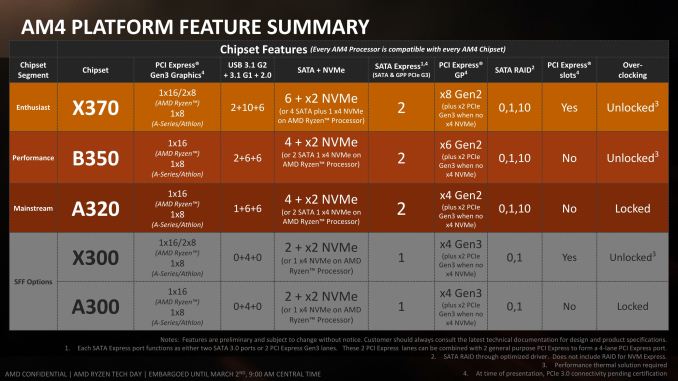 Given the fact that the AB350N-Gaming WIFI is a Mini-ITX motherboard, the vast majority of its owners are not going to need a PCIe 3.0 x1 slot for add-in-boards, whereas the PCIe 3.0 x16 for a graphics card is handled by the CPU. DRAM space is limited, so one DIMM per channel here. 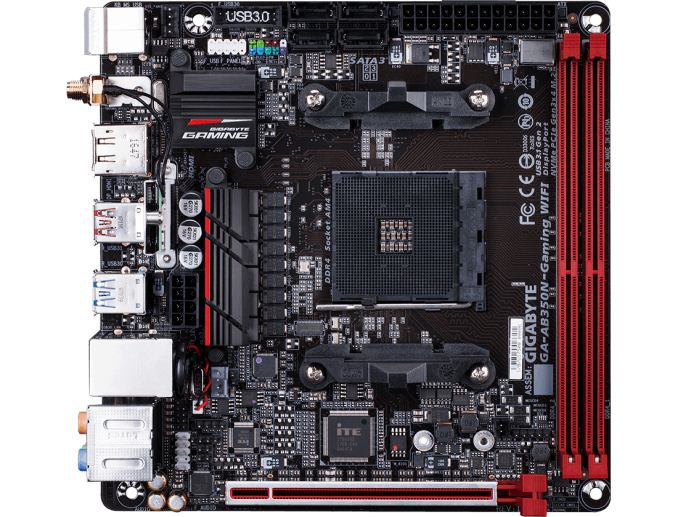 Speaking of overclocking and CPU support in general, the motherboard comes with an advanced all-digital six-phase VRM that uses an International Rectifier controller, IR PowIRstage ICs and solid-state capacitors. The VRM can support all existing AMD Ryzen processors as well as AM4 APUs and has reportedly been designed to have headroom for overclocking. Furthermore, the GA-AB350N-Gaming WIFI comes with 4-pin hybrid fan headers that are specified to liquid cooling systems. As for DRAM, GIGABYTE claims that the motherboard supports up to 32 GB of ECC or non-ECC memory running at up to 3200 MT/s when overclocked.

Like many other Mini-ITX motherboards, the GIGABYTE GA-AB350N-Gaming WIFI is equipped with one PCIe 3.0 x16 slot, one M.2 slot for PCIe 3.0 x4 or SATA SSDs, as well as four SATA ports. When it comes to networking, the mainboard comes with a GbE port enabled by a Realtek controller (with cFosSpeed network traffic management app that aims to reduce network latency) as well as an 802.11ac Wi-Fi + Bluetooth 4.2 module from Intel. As for other I/O, everything seems to be pretty typical here: the motherboard has two display outputs (DP 1.2, HDMI 1.4), two USB 2.0 ports, four USB 3.0 headers, two USB 3.1 connectors (both Type-A) as well as a 7.1-channel audio sub-system powered by the Realtek ALC1220 codec. Finally, for users to make things look 'beautiful', the Mini-ITX AM4 mainboard has six RGB LEDs, as well as two 5-pin onboard headers for other RGB/UV LED strips.

GIGABYTE’s GA-AB350N-Gaming WIFI is the fifth Mini-ITX motherboard in the industry that supports AMD Ryzen processors. The product will compete against ASRock’s X370 Gaming ITX/ac (as well as its B350-based brother) as well as Biostar’s Racing X370GTN and Racing B350GTN. Biostar’s motherboards do not have Wi-Fi (but have a DVI-D output), but GIGABYTE’s product is the only one that lacks USB-C (but has two USB 3.1 Type-A connectors). In the end, users are going to have five options (with their own strong and weak sides) to choose from and the only question is their actual availability timeframe because right now none are available. 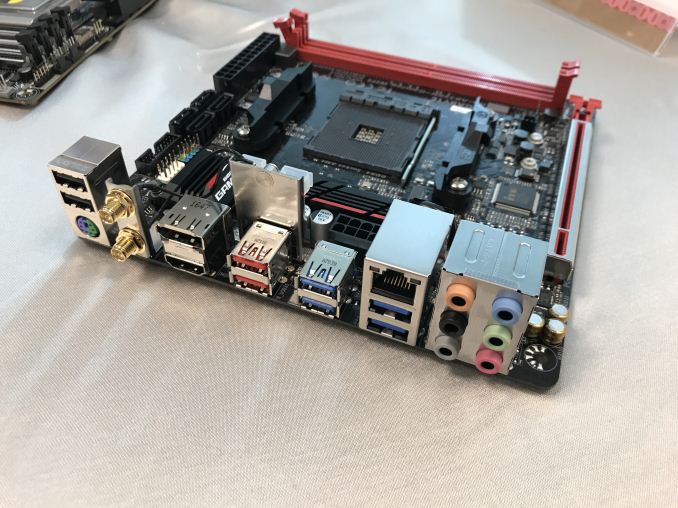 GIGABYTE did not announce pricing or arrival date for its AB350N-Gaming WIFI motherboard. Common logic tells me that an AMD B350-based motherboard should cost less than an AMD X370-powered platform, but in reality, pricing will depend on supply, demand and willingness of resellers to capitalize on a nearly exclusive product. Ian says that in a perfect world, we'll have a round-up of said boards. Timeframe unknown.