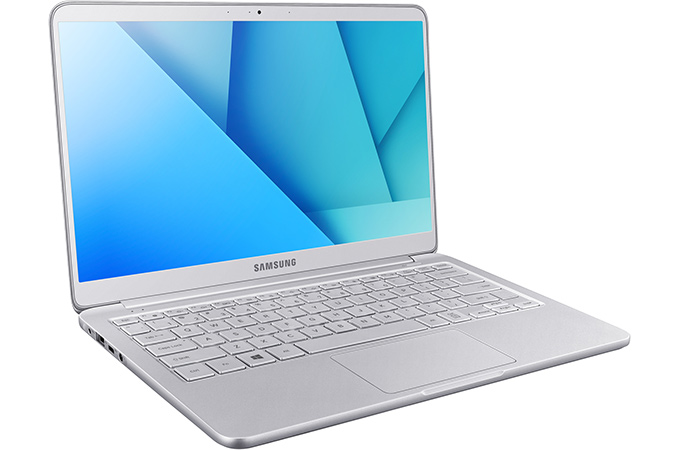 Samsung this week introduced new versions of its Notebook 9 ultra-thin and ultra-light laptops. The new mobile PCs are upgraded with Intel’s new Core i5/i7 Kaby Lake processors, new displays as well as a slightly different design that is slightly thicker, but is also slightly lighter. In fact, Samsung claims that its new Notebook 9 13” is the lightest laptop on the market at 816 grams (1.8 lbs), although some would claim that the 13.3-inch Lavie-Z holds that title starting at 720 grams (1.72 lbs).

Samsung positions its Notebook 9 machines for business travelers who have rather special requirements and who are willing to make certain tradeoffs. Apart from the new Intel Core i5/i7 processors featuring the Kaby Lake microarchitecture, the key improvement of the Notebook 9 are their new display panels with FHD resolution and a maximum brightness of 500 nits (their typical brightness is 350 nits), which is especially useful for those working outdoors. Quite naturally, at 500 nits the screens consume a lot of power, but the Notebook 9 laptops come batteries that have 30 Wh capacity, which is lower when compared to thin and light systems from Apple (41.4 Wh), Dell (60 Wh) and HP (38.4 Wh), but which helps to reduce weight (at the end of the day, not a lot of people have to work under direct sunlight). Samsung claims that the Notebook 7 can last seven hours on one charge, enough for office workers and even long-haul flights. As an added bonus, the Notebook 9’s monitors can display videos with HDR enhancements (the manufacturer does not reveal whether we are dealing with HDR10, but that is a likely situation).

The Notebook 9 laptops from Samsung can be equipped with up to 16 GB of dual-channel DDR4 memory, which is a rare option for contemporary ultra-thin laptops, many of which come with 8 GB of DRAM (but this may change in 2017). Meanwhile, when it comes to storage, Notebook 9’s SSDs top at 256 GB, but Samsung integrated a MicroSD card reader and hence road warriors may easily add storage space if needed. Connectivity-wise, Samsung’s Notebook 9 machines offer two USB Type-A, one USB Type-C as well as an HDMI port. For connectivity, a 2×2 802.11ac Wi-Fi + BT 4.1 wireless module is present. 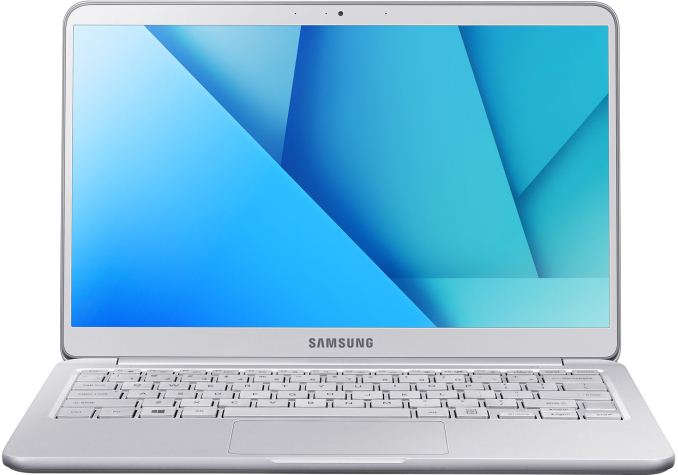 The key selling points of the Samsung Notebook 9 range are their weight and dimensions: the 13” model is 13.9 mm thick, weighs 816 grams, whereas the 15” model is 14.9 mm thick, and weighs 984 grams. The laptops are thicker when compared to HP’s Spectre and Apple’s MacBook, but they are still thinner than Dell’s XPS 13. Moreover, when it comes to weight, the Notebook 9 are considerably lighter than (almost all) laptops in their class.

Samsung did not announce MSRP or ETAs for its new Notebook 9 PCs, but it is logical to assume that the systems are set to arrive early in 2017. As for pricing, it is likely that the market segment that the manufacturer targets with the Notebook 9 family will not change with the arrival of new models, so we are looking at something like $1000+ for 13” models and something that starts at $1200 for 15” models.