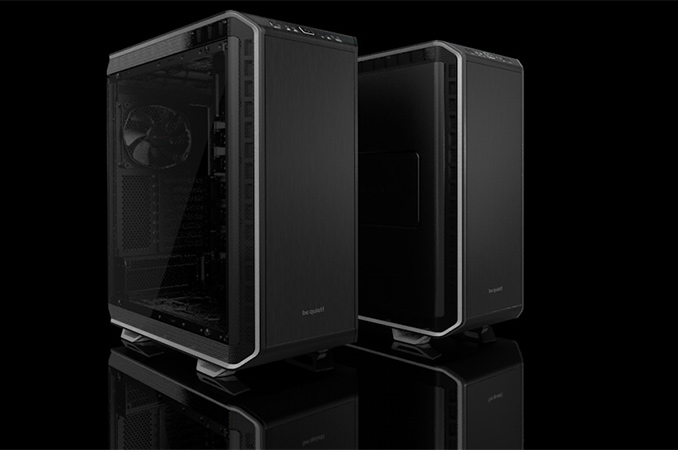 Be Quiet! has introduced its new flagship PC chassis, which combines the company’s expertise in building quiet PC components with extensive modularity and customization features. The be quiet! Dark Base 900-series PC cases will feature aluminum finish, whereas the Pro version will also come with LED strips as well as Qi wireless charger for mobile devices.

The new be quiet! Dark Base 900 and Dark Base 900 Pro chassis feature a modular design, which allows switching sides of the motherboard tray, adjusting its height, removing redundant HDD and ODD cages and, of course, installing any types of fans and/or liquid cooling. Since be quiet! is primarily known for silent PC equipment, the Dark Base 900 inherit numerous designs ideas from its predecessors, including internal architecture that optimizes airflow; specially designed noise intake systems; noise-cancelling side and front panels; decoupled fan, HDD and motherboards mounts to eliminate any transmission of vibration to the case and so on. 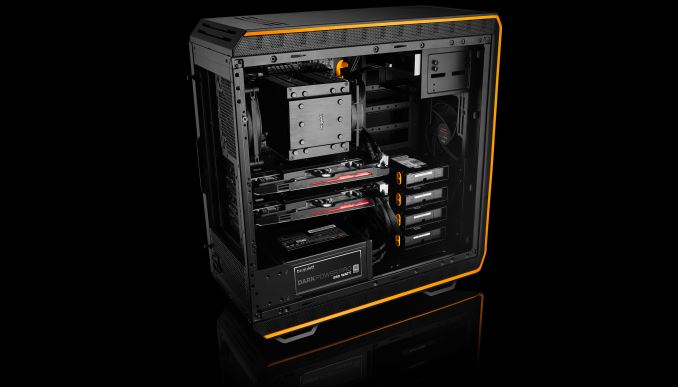 The Dark Base 900 and the Dark Base 900 Pro chassis from be quiet! can be equipped with up to two ODDs and up to seven HDDs. They also come with pre-installed three SilentWings 3 fans (one 120 mm fan and two 140 mm fans) and feature a basic fan control.

Unlike the previous-generation high-end PC cases from be quiet!, the new Dark Base 900-series chassis come with stylish brushed aluminum front and top panels, which feature four USB (two USB 3.0 and two USB 2.0) ports as well as 3.5-mm audio input and output. 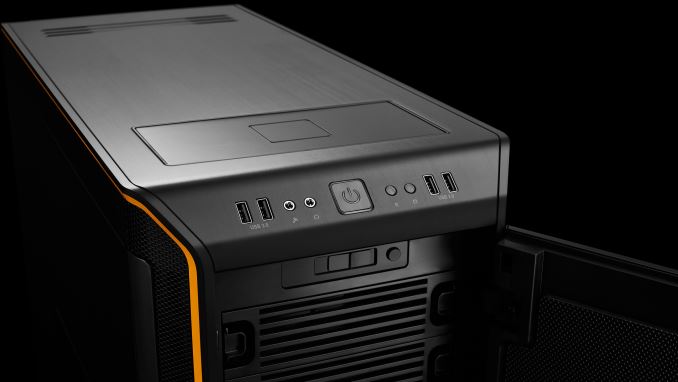 To appeal to modders and enthusiasts, the more sophisticated Dark Base 900 Pro chassis will also have a side panel made of 4-mm tempered glass, LED strips with five colors pre-installed as well as a Qi wireless charger for mobile devices. The Dark Base 900 Pro will be one of the world’s first PC cases with Qi charger, a decent addition to those, who are on the bleeding edge of progress and uses either devices with wireless charging, or cases with appropriate capabilities. 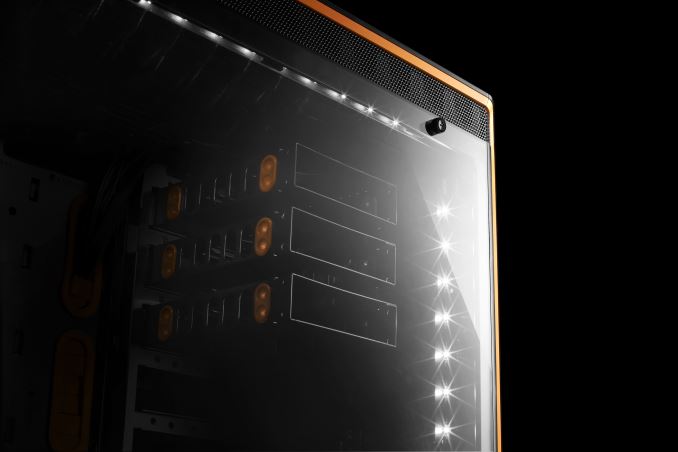