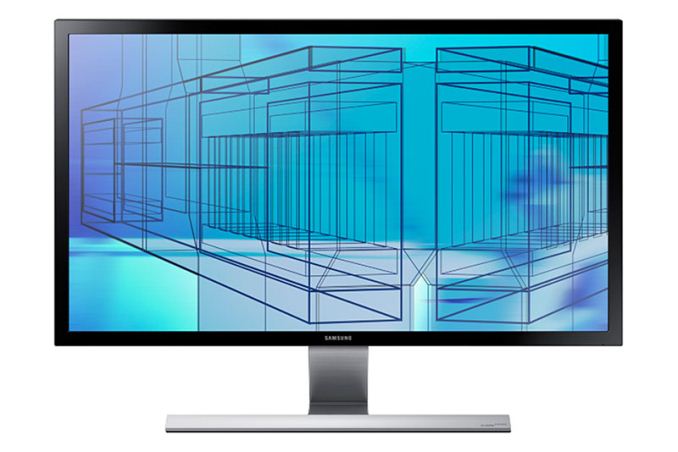 Today at AMD's Future of Compute event in Singapore, AMD announced partnerships with several companies. One of the more noteworthy announcements is that Samsung will be making FreeSync enabled displays that should be available in March 2015. The displays consist of the 23.6" and 28" UD590, and there will be 23.6", 28", and 31.5" variants of the UE850. These are all UHD (4K) displays, and Samsung has stated their intention to support Adaptive-Sync (and thereby FreeSync) on all of their UHD displays in the future.

FreeSync is AMD's alternative to NVIDIA's G-SYNC, with a few key differences. The biggest difference is that AMD proposed an extension to DisplayPort called Adaptive-Sync, and the VESA group accepted this extension as an amendment to the DisplayPort 1.2a specifications. Adaptive-Sync is thus an open standard that FreeSync leverages to enable variable refresh rates. As far as system requirements for FreeSync, other than a display that supports DisplayPort Adaptive-Sync, you need a supported AMD GPU with a DisplayPort connection and a driver from AMD with FreeSync support.

FreeSync is also royalty free, which should help manufacturers in controlling costs on FreeSync capable displays. There are other costs to creating a display that can support Adaptive-Sync, naturally, so we wouldn't expect price parity with existing LCDs in the near term. On the FreeSync FAQ, AMD notes that the manufacturing and validation requirements to support variable refresh rates without visual artifacts are higher than traditional LCDs, and thus cost-sensitive markets will likely hold off on adopting the standard for now. Over time, however, if Adaptive-Sync catches on then economies of scale come into play and we could see widespread adoption.

Being an open standard does have its drawbacks. NVIDIA was able to partner up with companies and develop G-SYNC and deploy it about a year ago, and there are now 4K 60Hz G-SYNC displays (Acer's XB280HK) and QHD 144Hz G-SYNC display (ASUS' ROG Swift PG278Q) that have been shipping for several months. In many ways G-SYNC showed the viability of adaptive refresh rates, but regardless of who gets credit the technology is quite exciting. If Adaptive-Sync does gain traction, as an open standard there's nothing to stop NVIDIA from supporting the technology and altering G-SYNC to work with Adaptive-Sync displays, but we'll have to wait and see on that front.

Pricing for the Samsung displays has not been announced, though the existing UD590 models tend to cost around $600 for the 28" version. I'd expect the Adaptive-Sync enabled monitors to have at least a moderate price premium, but we'll see when they become available some time around March 2015.