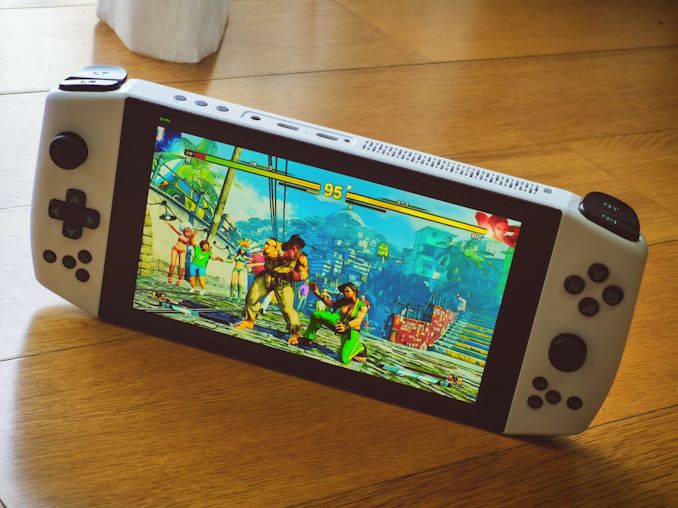 One of the elements of building a complete end-to-end solution means having all the components under one brand. The complexity of modern gadgets means that having everything made under one company is near-on impossible - especially with the wealth of IP and patents in every small segment of the modern electronic device. To facilitate the appearance of uniform branding, companies will often rebrand the components under their own name. Introducing the AMD RZ608, a Wi-Fi 6E 2x2 wireless module!

As discovered by Laczarus, the new handheld device called the AYANEO uses a wide array of AMD components, starting with the AMD Ryzen 5 4500U mobile processor which is a six-core Zen 2 chip with Vega 6 graphics. It also has a 7-inch display, and it runs a full version of Windows in a handheld device, something akin to an x86 competitor to the Nintendo Switch, albeit crowdfunded and currently shipping to initial backers.

On an update posted to the crowdfunding site on May 9th, the developers behind the project announced that their second batch of 2000 units will be using an unannounced AMD Wi-Fi 6E module. The post states that the AYANEO might very well be the first device with this module in production, and they leverage their cooperation with AMD for the integration with this part as well as troubleshooting. It is also noted that the AMD solution is slightly more expensive than the standard Wi-Fi 6 that was initially part of the design. 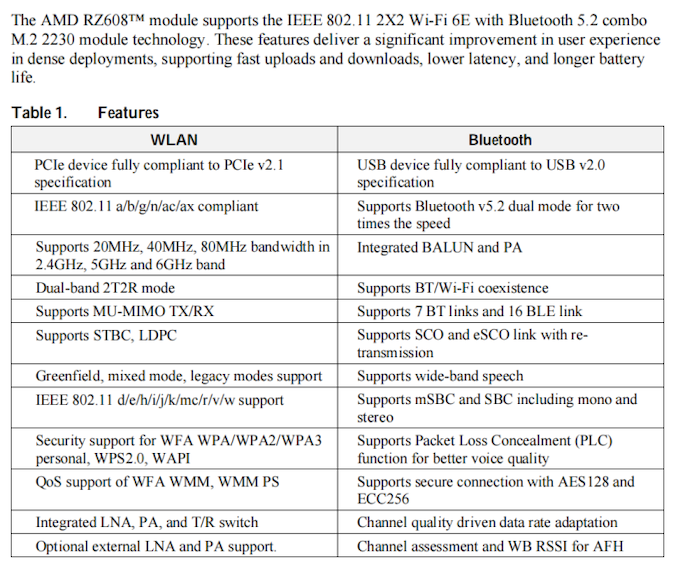 So here comes the crux: AMD doesn’t make the Wi-Fi module. Through our sleuthing, this is actually a rebranded MediaTek MT7921K module with an AMD logo on it. MediaTek sells the modules to AMD who brands them, but also leverages the regulatory compliance that MediaTek has already done for this product. AMD then takes over custom integration projects, sales, marketing, and support for the module. The RZ608 sold by AMD is in an M.2 2230 form factor and uses PCIe 2.1, although the AYANEO likely is using a more custom integration. There is also Bluetooth 5.2.

The use of the partnership with MediaTek will likely allow AMD to partner its mobile processors with its own branded Wi-Fi 6E solution with OEM partners when it comes to designing devices. Intel leverages the fact that it has Intel CPU, Intel Wi-Fi, Intel Thunderbolt, and Intel Ethernet as a combined sales opportunity for OEMs making devices around an Intel product, so it appears that AMD is leveraging the same ecosystem gains, albeit with rebranded components.

There was an unconfirmed rumor going around the internet last year about a collaboration between MediaTek and AMD co-creating some custom wireless designs, with some reports suggesting that the collaboration will go beyond Wi-Fi. We're not sure to what extent AMD has had any input in the design of the MT7921K / RZ608, or how much that will continue going forward. At this point I'm confident that this sits as a rebrand just for now, given the lifecycle of product development in this area, as well as the Wi-Fi certification being in MediaTek's name. 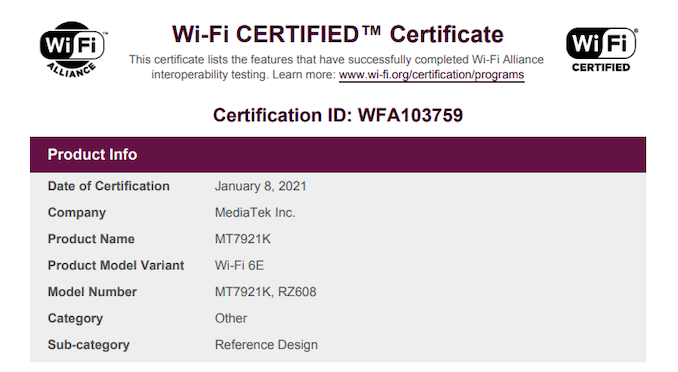